This project may have nothing to do with wearables but I wanted to take a moment to share it with all of you because (1) it’s ridiculously fun and addictive (2) I’ve watched the artist/founder Jed Berk iterate on the concept for the past two years until he finally nailed the play experience and (3) I make a personal debut in the video— see if you can find me!

With this full disclosure behind us, let me tell you about the joys of ITSABOB, its past and its hopeful future. 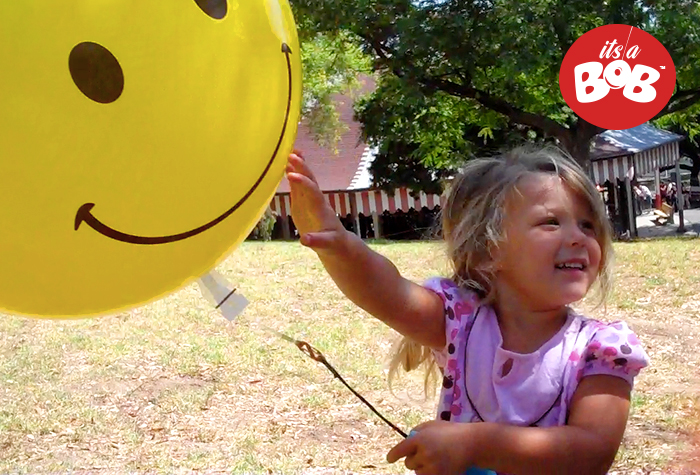 ITSABOB is a toy that transforms the play experience with balloons. Simply put, it’s kinda like a yo-yo for balloons.

The play experience is so darn addictive for kids and adults alike because the interaction is designed around our shared experience and collective memory of letting a balloon go. Berk has aptly coined this the “you can let go” moment.

The interaction with the device is quite intuitive. You squeeze it to pull the balloon towards you, and the moment you release your grip, the balloon naturally floats up again. The ITSABOB enables you to recreate the feeling of letting a balloon slip through your fingertips over and over again.

Is that all it does?! Yup and that’s what makes it so fun and addictive. 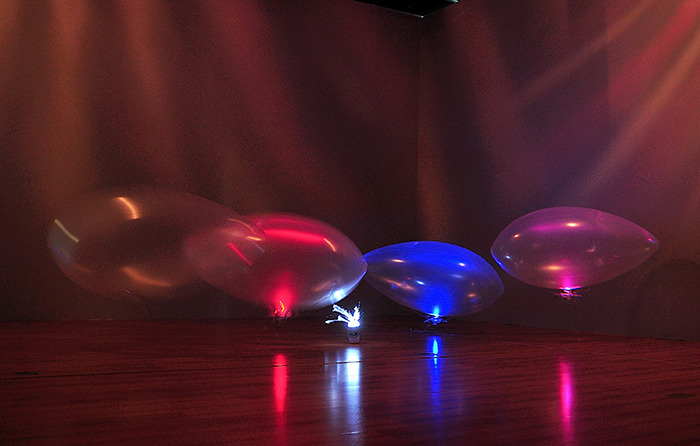 The simplicity of the interaction was distilled from years of Berk working with inflatable forms. Prior to the ITSABOB, Berk created “intelligent” inflatables that “behaved like semi-domesticated animals.” Much of his artwork is programmed with simple behaviors (his work sings, floats, dances and even sleeps) which gives them an anthropomorphic quality and makes them profoundly relatable and even lovable.

It is Berk’s remarkable ability to tap into our simplest and purest emotions that makes his artwork and the ITSABOB enchanting . 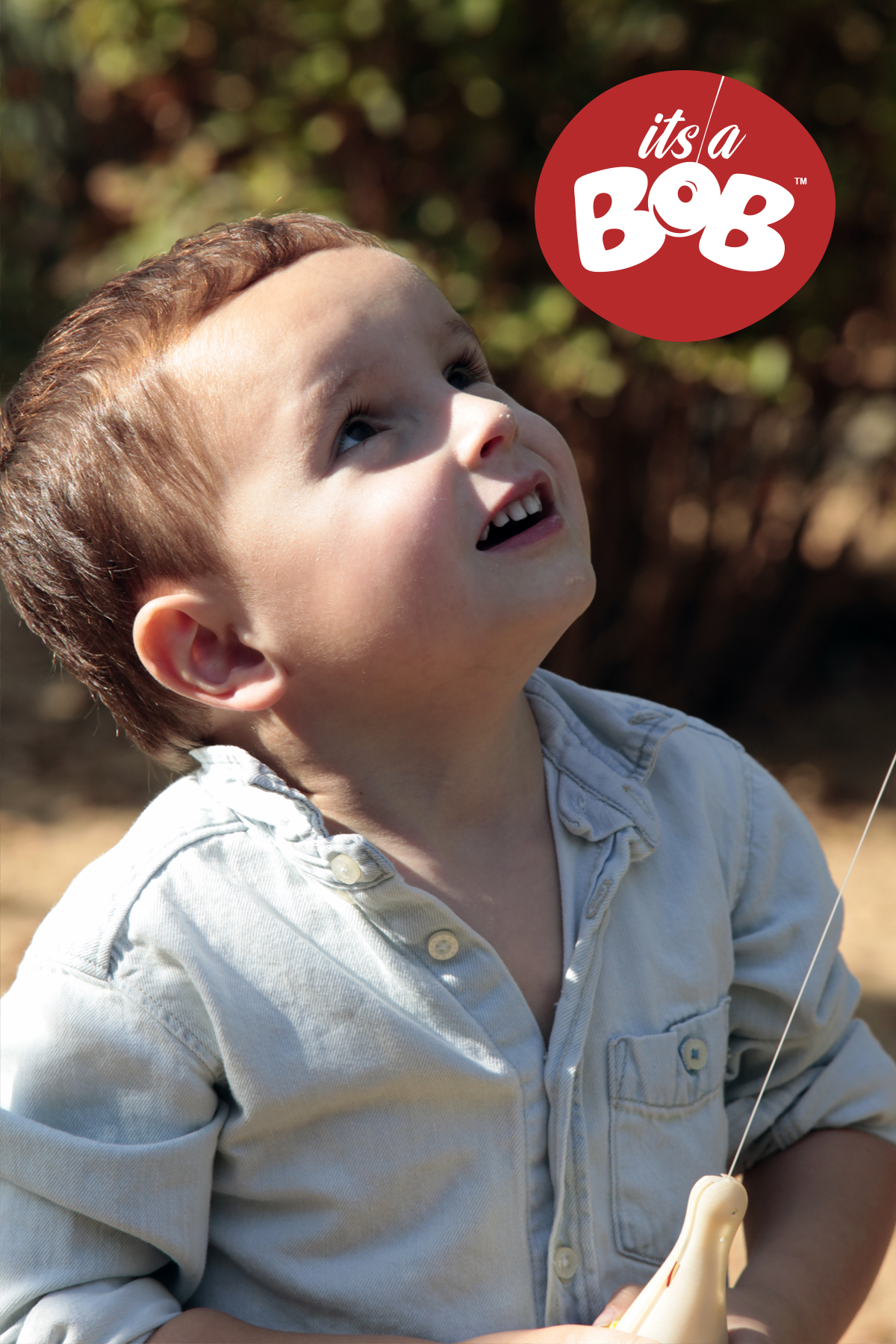 Similar to his artwork where he transformed ordinary looking blimps into clumsy, playful creatures, Berk, with the ITSABOB, intends to evolve ordinary balloons into radically new mediums of expression through collaborations with other artists and designers.

Once again, Berk is cleverly transforming ephemeral and ordinary objects into works of art that play on our collective experience.

You can support and learn more about the ITSABOB on their Kickstarter page. 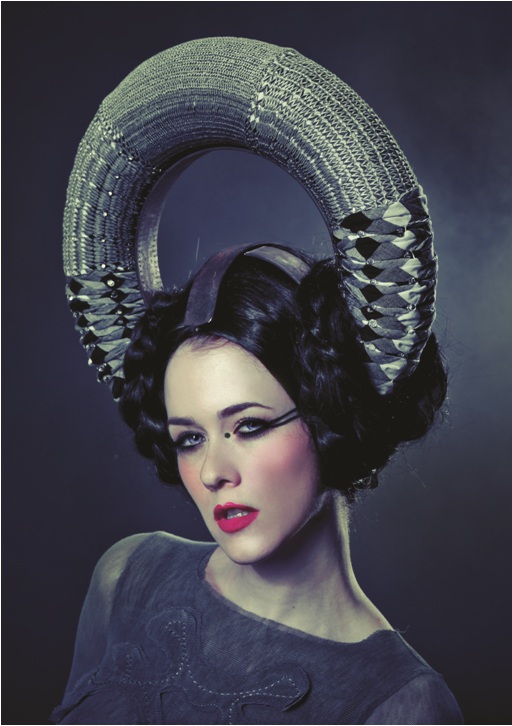 Katia Vega is a Beauty Tech Designer and is currently a PhD candidate in Computer Science at the Department of Informatics from the Pontifical Catholic University of Rio de Janeiro (Brazil) under the supervision of Prof. Hugo Fuks. She describes beauty technology as an emergent field in wearable computer using software in innovative ways. She has envisioned, designed and created several devices or interactive systems which have the ability to transform they way in which we interface with our environment. 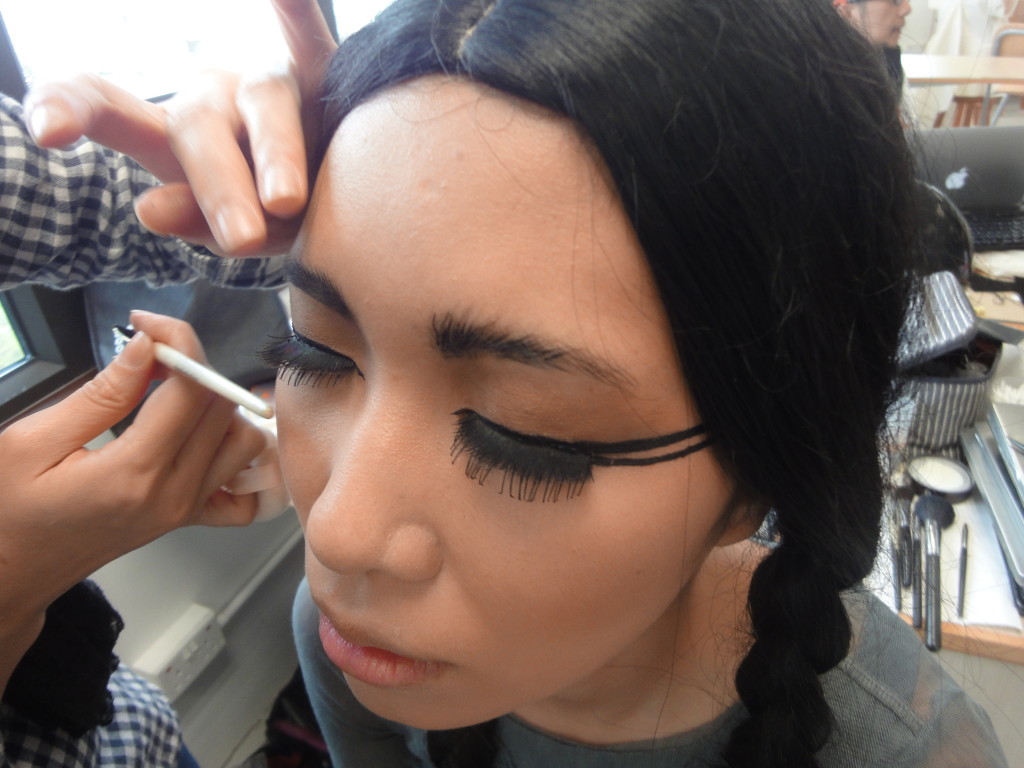 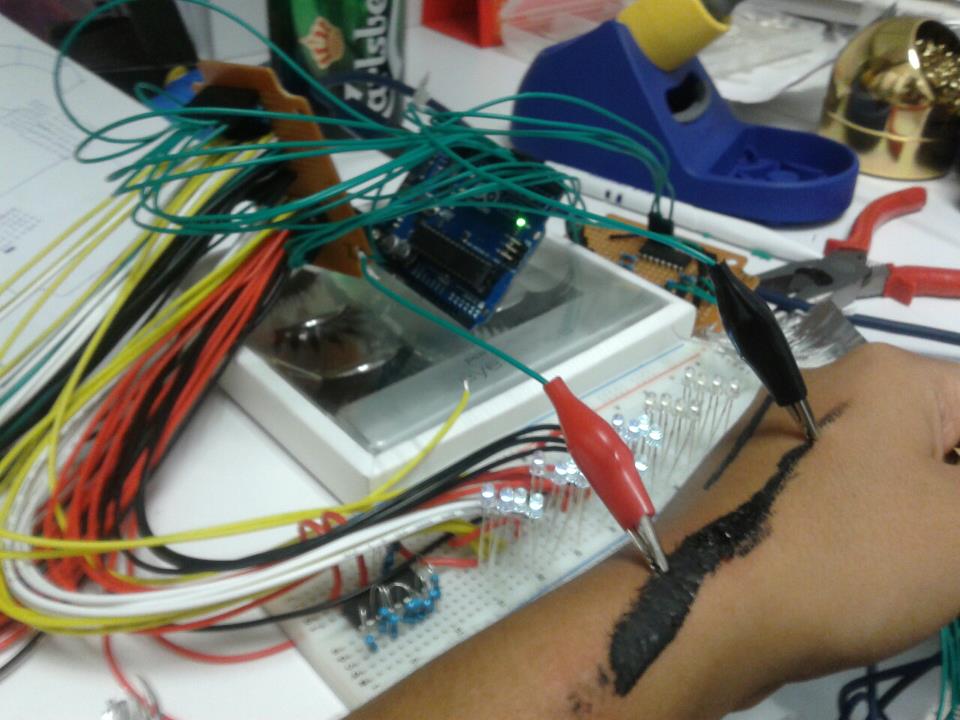 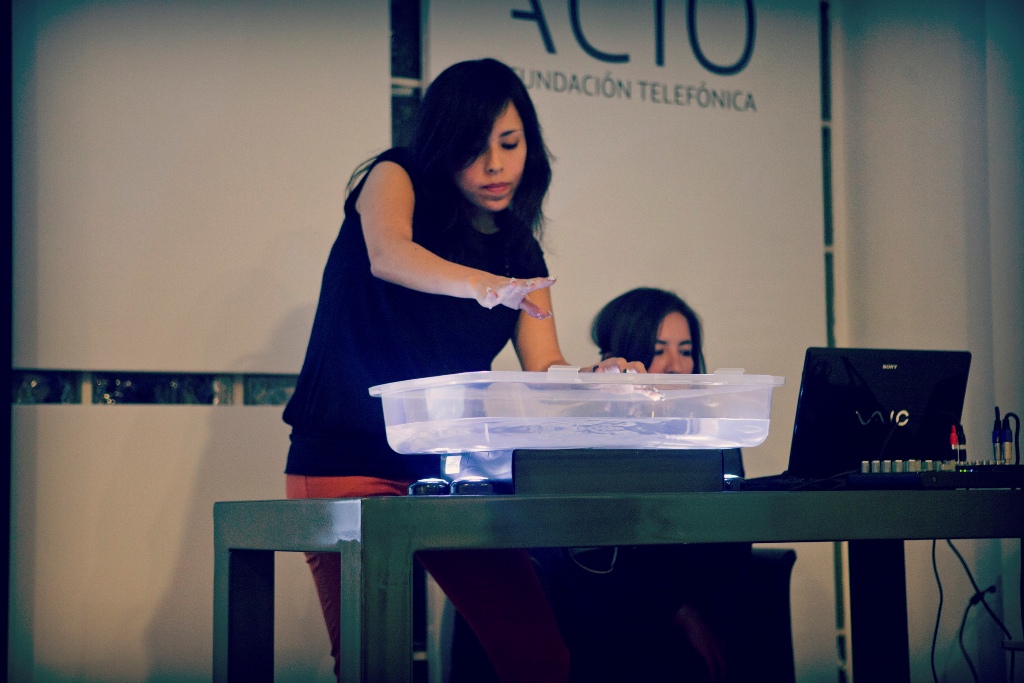 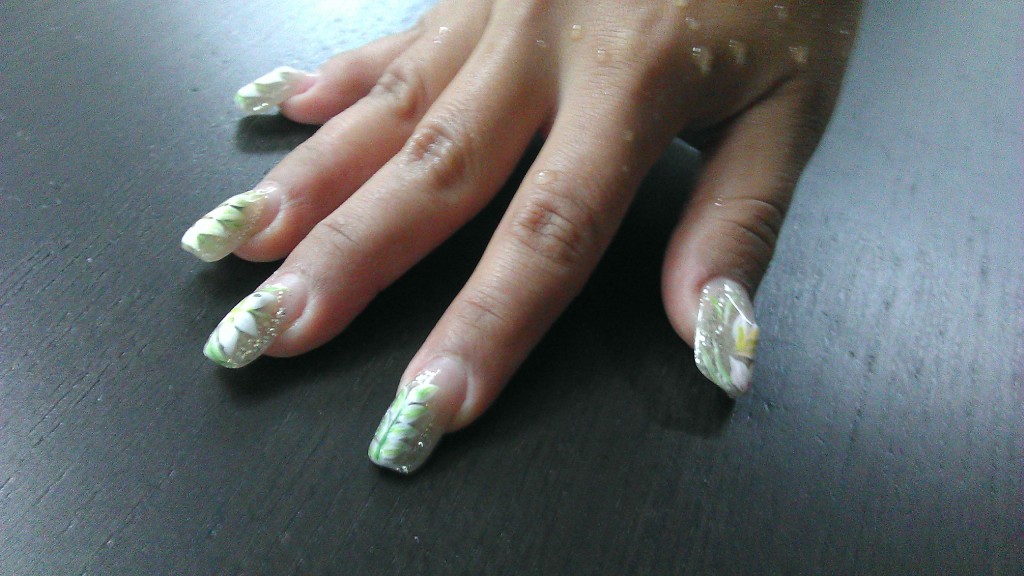 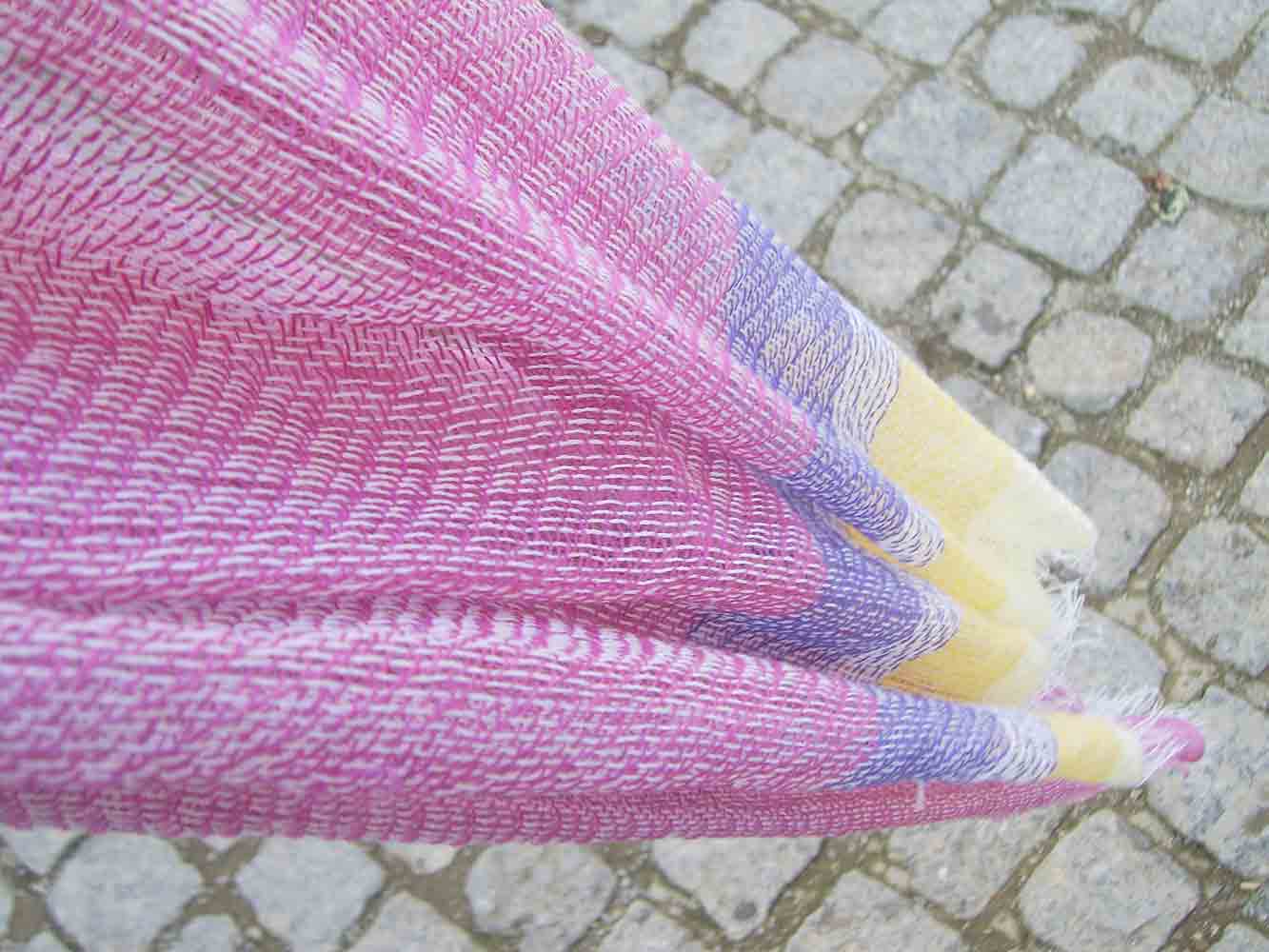 blog by Irene Brination about my LED light dress 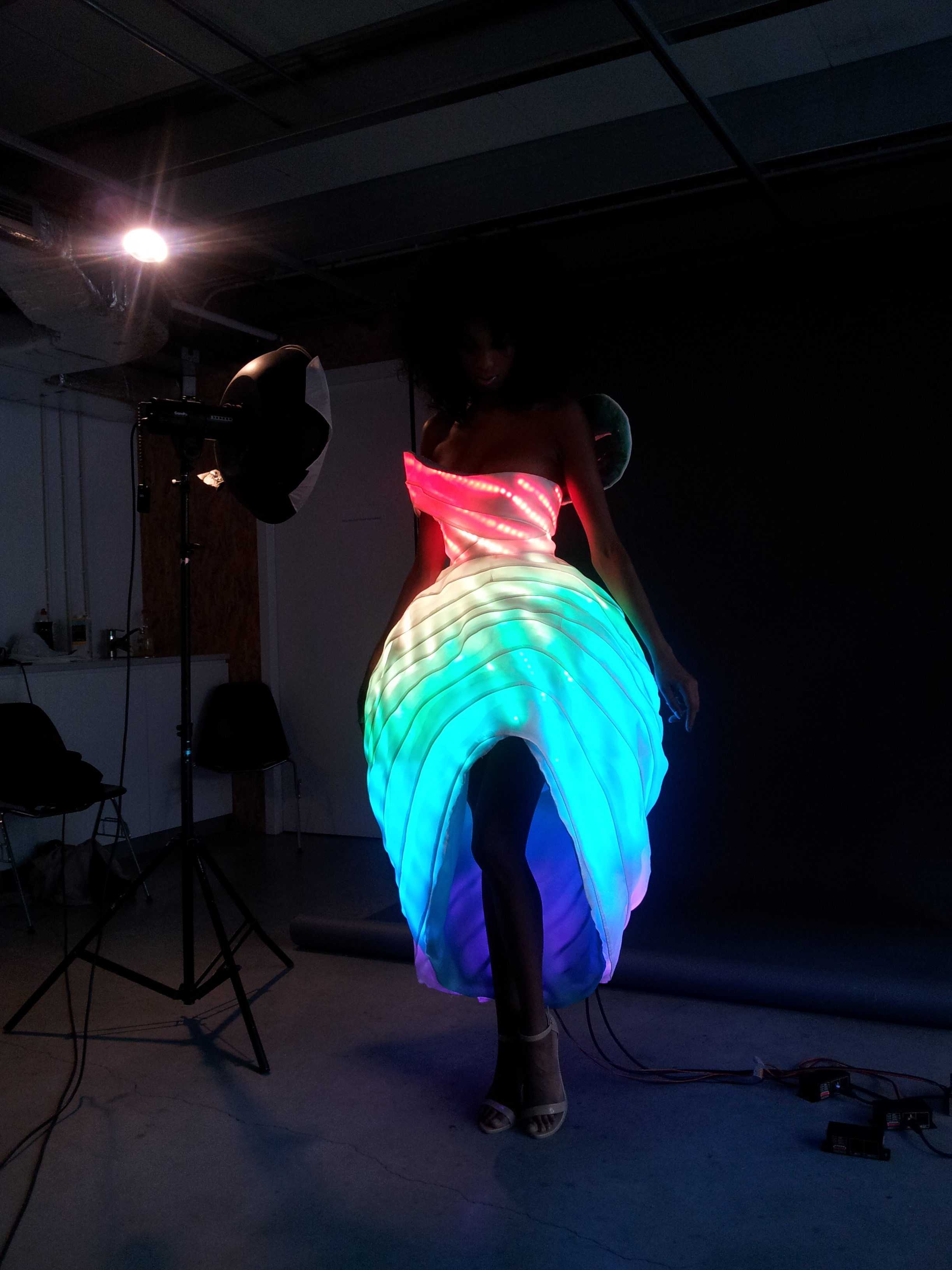 blog by Irene Brination about my LED light dress was last modified: November 26th, 2012 by FashioningTech Contributor
November 26, 2012 0 comment
0 Facebook Twitter Google + Pinterest
Uncategorized
written by FashioningTech Contributor
http://au.tv.yahoo.com/sunrise/competitions/face-of-australia/
Have your say in the Face of Australia National Costume Competition:
Head to the sunrise website where you will my design (A) as one of four finalist selected to design the National Costume. The winner is decided by public votes, and the design with the most votes will be worn by Miss Universe Australia 2012 – Renae Ayris at the Miss Universe Pagent in Las Vegas in December this year.
Please Support DESIGN A to help me win this amazing career opportunity by 9am tommorrow on the Sunrise Website
Thanks for you support!
Jess
http://au.tv.yahoo.com/sunrise/competitions/face-of-australia/ 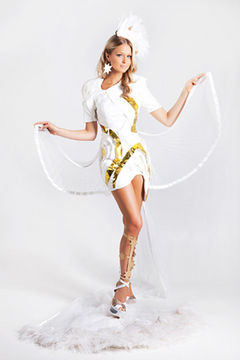 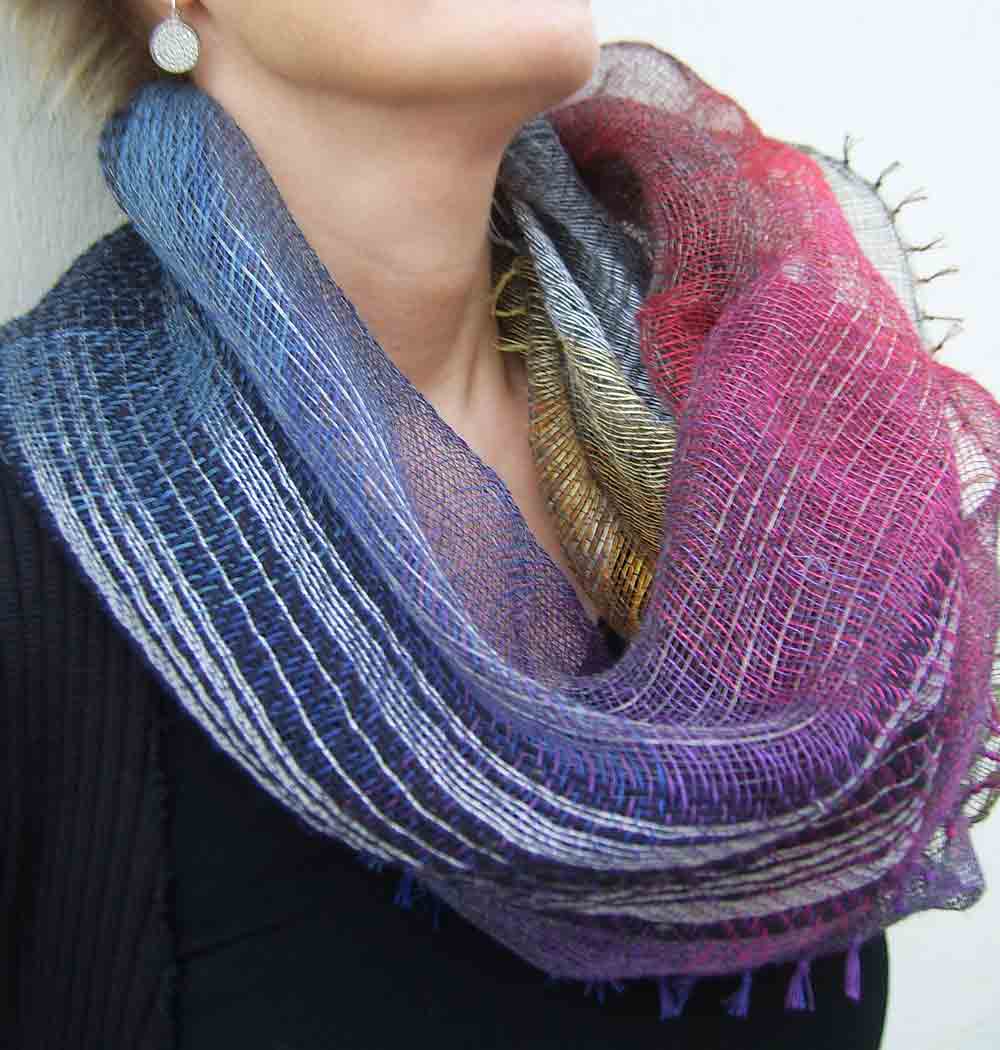 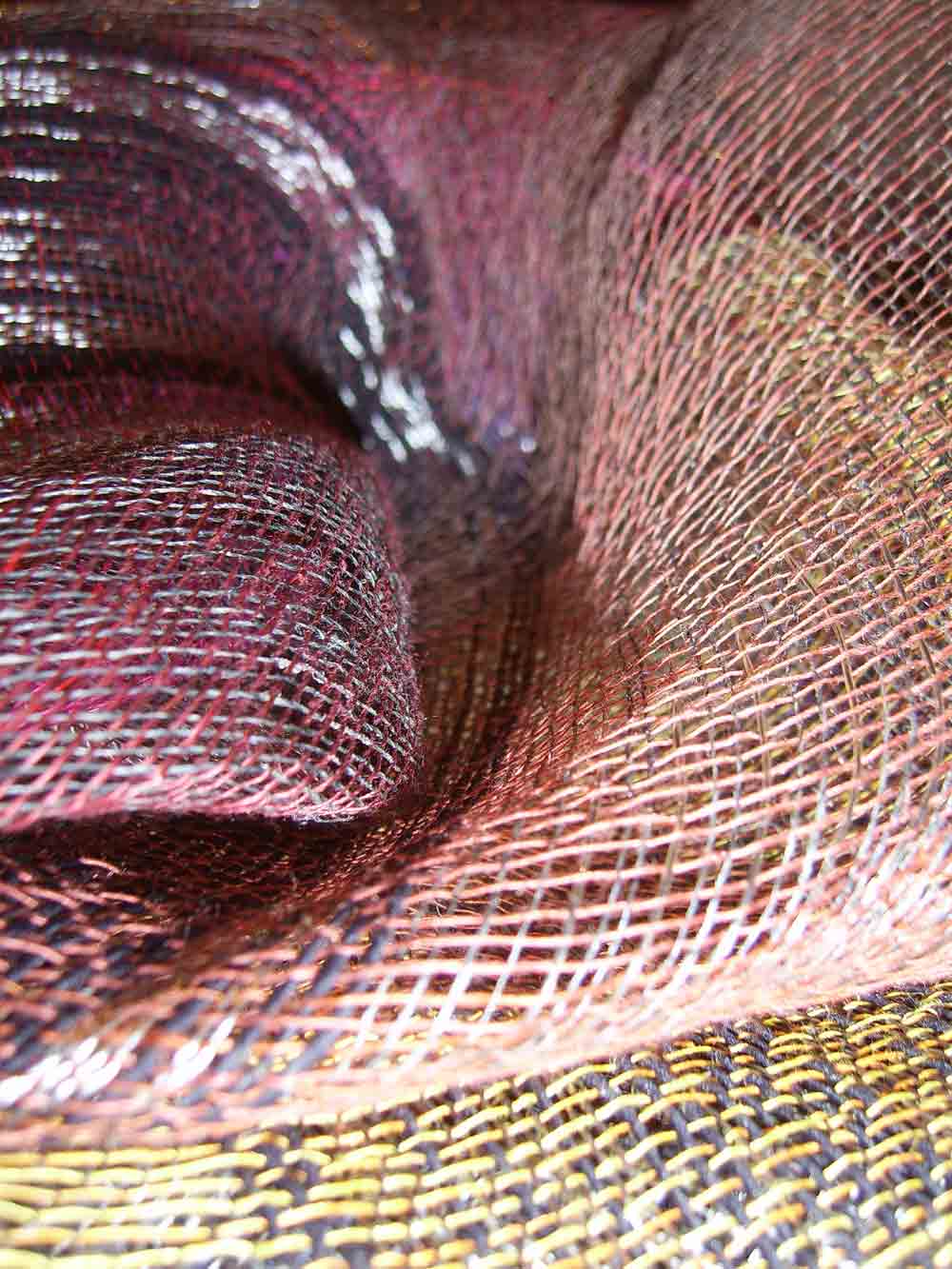 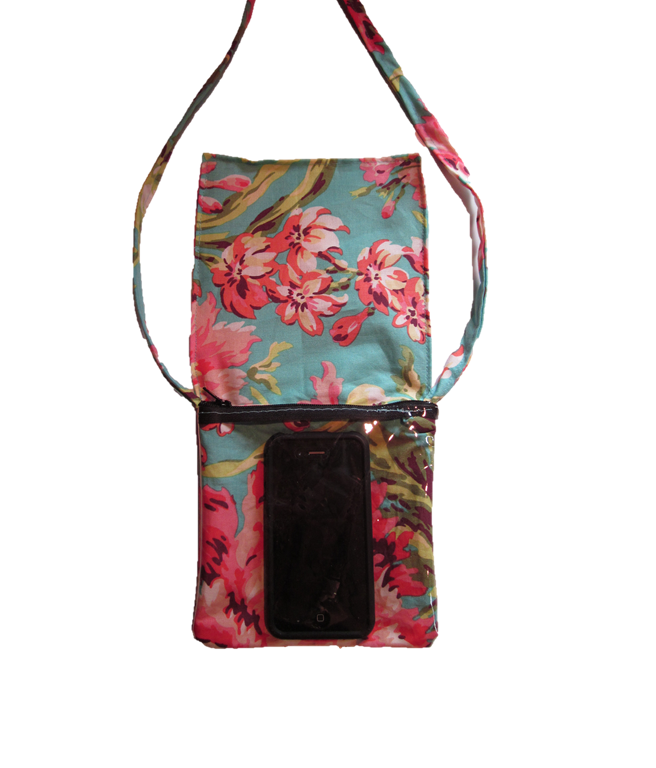 The SmartPurse is a purse for the future. Don’t you hate constantly digging through your bag to find your phone and then realizing you don’t have any new texts? With the SmartPurse you know exactly where your phone is and can respond to texts, play music, or simply check the time without ever having to search for your phone in the depths of your purse!
-Have easy access at all times to your iPhone 4, iPhone 4s, iPhone 3gs, iPhone 3, iPod, Droid, or other touchscreen phone!
-Front pocket for extra easy access
-Protect your phone from scratches from keys or rain when outdoors
-Use all touch capabilities without taking your phone out
-Designer Fabric (Amy Butler 100% Cotton)
-Know that your phone is secured (zipper closure)
-Keep your phone concealed with the protective flap

The most amazing collection! Looking forward do her new projects.

After her first  project “Synthetic Oceans”, the spanish fashion designer Alba PRAT come back with a new incredible collection “Digitized”.

Inspired by the first Tron film of 1982, she kept the futurist concept, androgynous aspect and straight silhouettes in her design pieces with the touch of the avant-garde glamour and under the futuristic shapes and laser-cuts.

Through various techniques, she has created cube patterns on the surface of some of the materials  : wool, leather or cotton and neoprene. 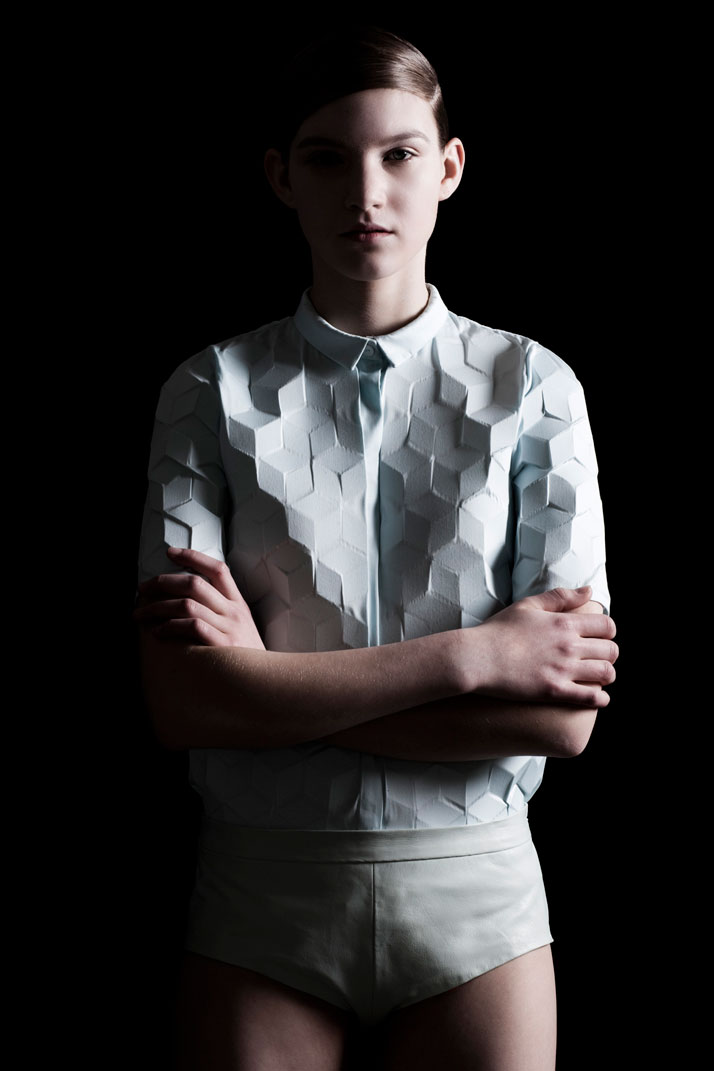 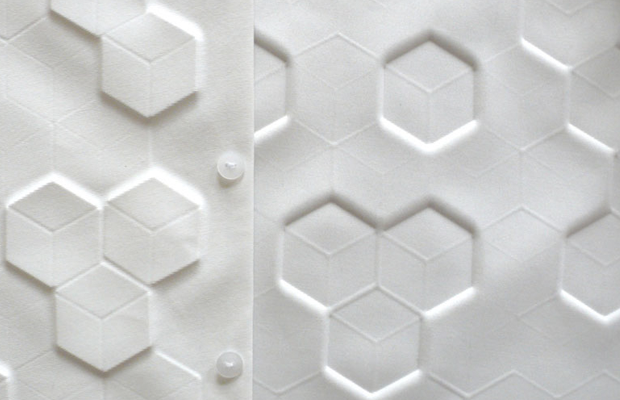 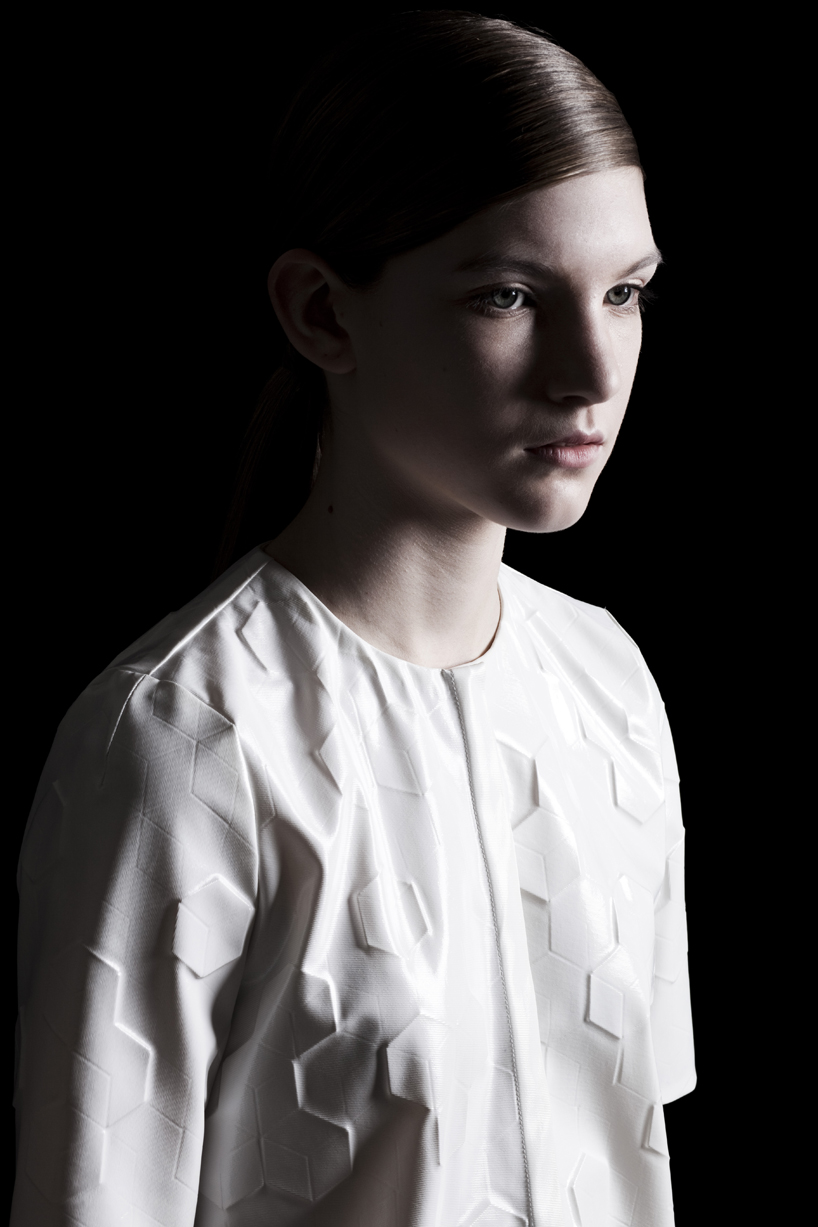 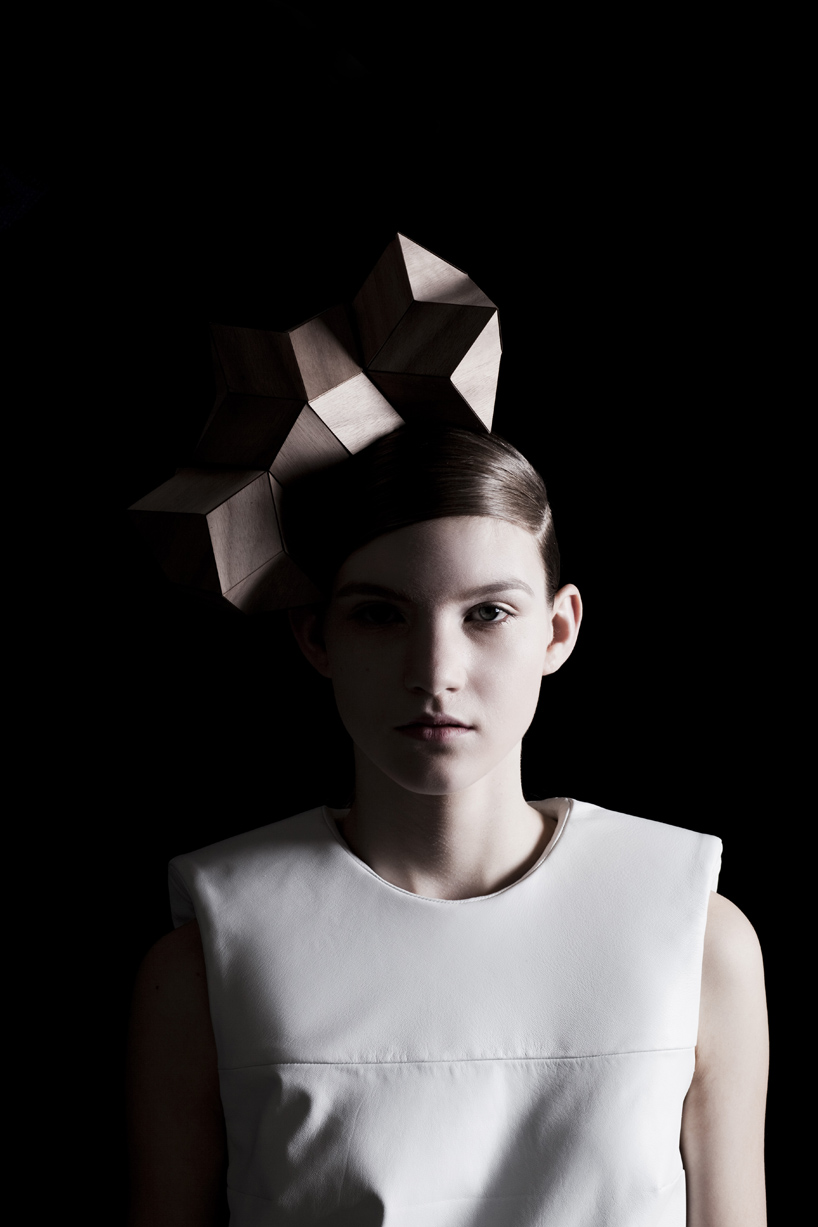 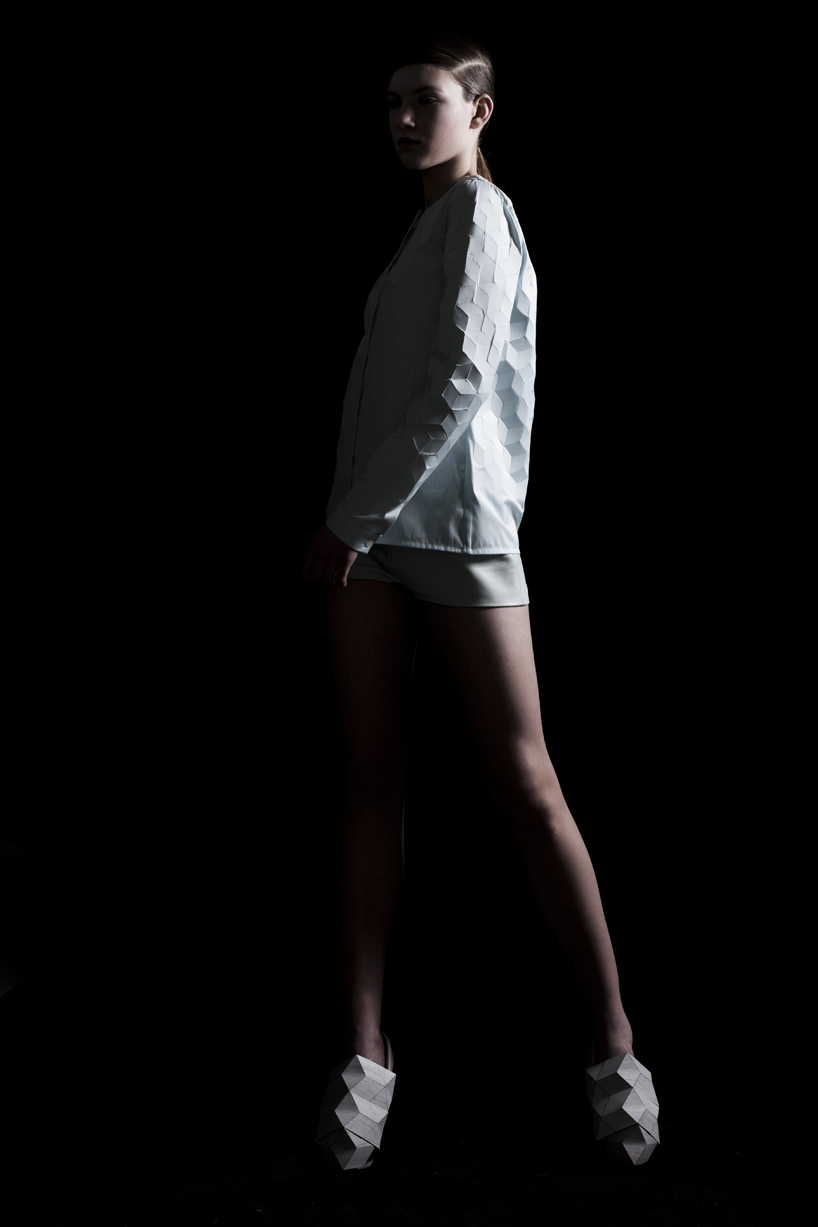