If you’re not familiar with Clothing Plus’s products, you are missing out – they produce beautifully-manufactured clothing for partner companies, mainly from the sports and medical fields.  Cleverly-placed sensors integrated into the very fabric of the garment and body-friendly, flat laminated seams are the hallmarks of Clothing Plus. 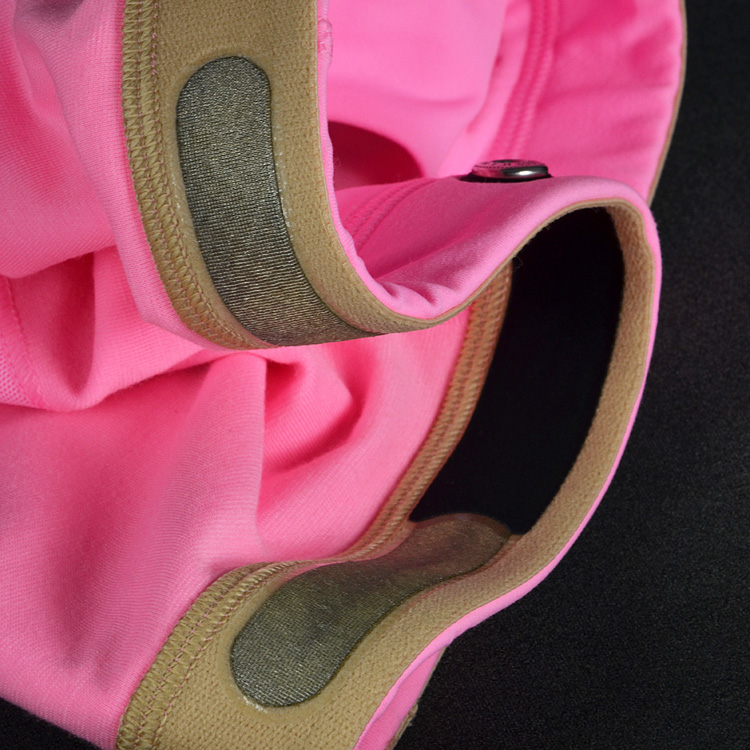 Can you tell us a little bit about your background and expertise and what drew you to smart textiles?

Akseli Reho: I have a master’s degree in telecommunication and I have always been very interested in problem solving. I did some work for a Finnish outerwear manufacturer called Reima when finishing my thesis in 1997. When Reima wanted to venture into smart clothing the following year I was called onboard to run the project. This led to a joint project between Reima and two Finnish universities and the outcome of the project, a fully functional prototype of an arctic survival suit, was so good that Reima decided to dig deeper and see if wearable technology and smart clothes could become a new product category for them. Clothing+, a research center for wearable technology was established in March 2000 and that foundation later evolved into the independent enterprise Clothing+ Ltd is today. 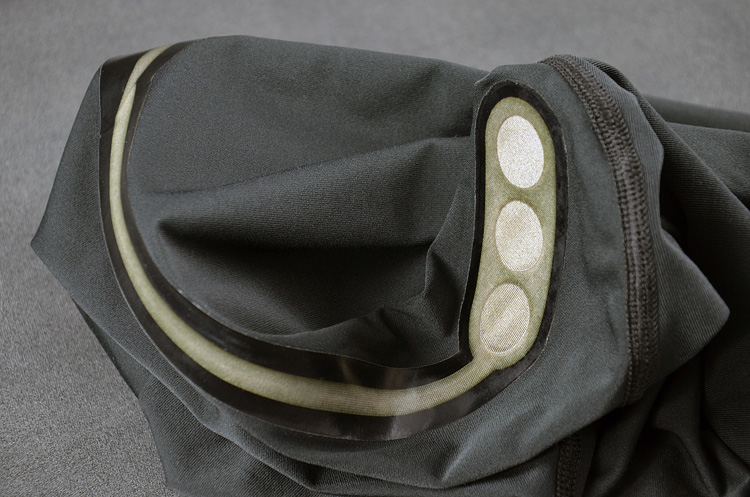 Adidas MiCoach Elite HR Shirt for soccer players. Textile sensors monitor the player’s heart rate and an electronics pod in the neck also measures acceleration and GPS.  Data is sent to the coach’s iPad app which shows how each player is exercising, what their energy level is, if they’re improving and how well they’ve recovered from the previous training. Photo: Clothing+, used with permission.

Clothing+ created a heart rate sensing shirt as early as 1998. Was the company formed around that product and how did development start?

AR: The world’s first fully functional heart rate sensor shirt was indeed created for the Cyberia survival suit. It had a snug-fitting long-sleeve top with a tight rib mesh band around the chest, where sensor patches were embroidered with conductive yarn. We took the transmitter from Polar’s heart rate monitor for horses, snapped it on and the shirt worked perfectly! Later we would lift various inventions from that suit to productize them. Heart rate monitoring was pretty obvious as it would so clearly benefit from garment integration with the sensors needing skin contact. In 2002 Clothing+ and Polar launched the Polar Wearlink, the world’s first textile heart rate sensor strap. In the beginning we didn’t really know how this new product would do in the market. We half expected it to be received as a gimmicky fad, but it took off very quickly and we realized comfort is one of the key things textile-integration can improve over existing biometric sensors. With the success of the first product we centered our operation on biometric sensing.

I’m impressed by the beautiful construction techniques used in Clothing+ products.  You use a lamination technique that results in a very flat and comfortable-looking seam.  Can you talk a little bit about the challenges you faced when developing this method?

AR: Our first products were constructed with traditional techniques; cutting and sewing. We soon learned that seams, edges and basically any sharp or hard spot on a product used on bare skin would become abrasive when used in a repetitive motion over a period of more than about two hours, such as long-distance running. This led us to try to develop the comfort-factor further so we turned to laser cutting, assembly by lamination or ultra-sonic welding and careful selection of materials that enabled us to make flatter, smoother surfaces. This is textile technology shaking hands with industrial design in mass-production! 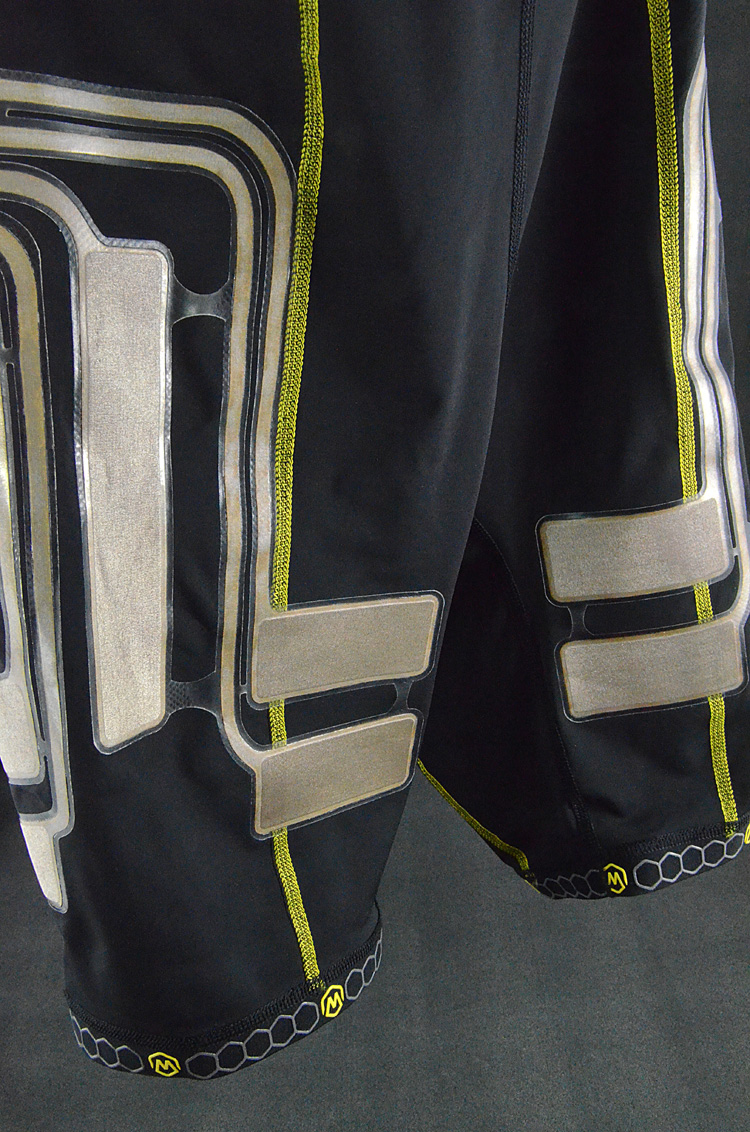 M-Body EMG Pants turned inside out to make the sensors visible. The pants measure muscle activity and with the help of an app, an athlete can tell exactly how much weight they’re placing on either leg and if they’re leaning forward or backward. This technology is, of course, machine-washable. Photo: Clothing+, used with permission.

You work a lot with big tech innovators like Philips, Garmin, Adidas, etc, in the health and fitness markets.  Do you have any collaborations with fashion houses that you can tell us about?  What are your general feelings about fashion merging with bio-sensing tech?

AR: Almost all product development Clothing+ does is commissioned customer projects. The design is mostly very technically oriented and adheres to the old but ever-relevant “form follows function”. Possibly due to the challenges in creating accurate and reliable, mass-production-ready textile-integrated sensors our customers haven’t so far wanted to introduce design as a driving element and have been happy with just getting good data with Clothing+ sensors. This is likely about to change. While we see that the high quality of our products is not threatened by rivals any time soon, we firmly believe products need to be desirable in appearance as much or even more than technical novelties to make mass market.

Clothing+’s vision is to make sensors disappear. We are working towards making sensors disappear not only visibly, but also in feel, logistics, accessibility and ultimately in price to lower the threshold for a manufacturer to take on textile-integrated sensors beyond significance. From this perspective the fashion-side of things is largely related to the carrier garment while our sensors become less and less noticeable.

This is a bit of a wild-card question, but: what is the weirdest thing Clothing+ was ever asked to develop (even if it didn’t make it into R&D)?

AR: After we published the one-off Cyberia survival suit prototype at the Hannover World Expo in 2000 we received a number of contacts from dubious military contacts from countries with hard-to-pronounce names. Many wanted to buy hundreds of suits without even asking for the price! We never even built a second prototype… The first wave of wearable technology in the first years of the 2000’s washed out the most impractical or non-viable ideas and many companies died off.  Second wave companies are clearly more cautious in approach. The things we’re asked to make these days are very practical and good ideas as a rule. 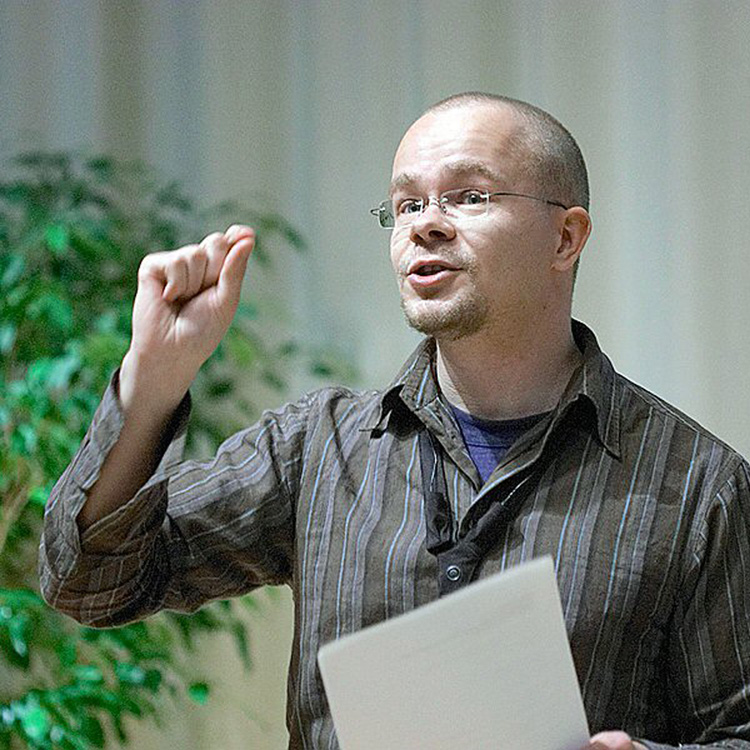 Akseli Reho, CEO of Clothing+, possibly talking about how thin their sensors are. Photo: Clothing+, used with permission.

You’ll be speaking at the Smart Fabrics Conference in San Francisco in April.  Can we expect any big announcements from Clothing+?  Any exciting projects in the pipeline that you’re free to talk about?

AR: Clothing+ is launching a number of new products with big brands in both sports underwear and the medical segment later this year. Although none of them will debut before the April Smart Fabrics, my talk will give you a deeper insight into the world of Clothing Plus, so there is sure to be something you never expected.

Thanks, Clothing+, for taking the time to answer our questions!