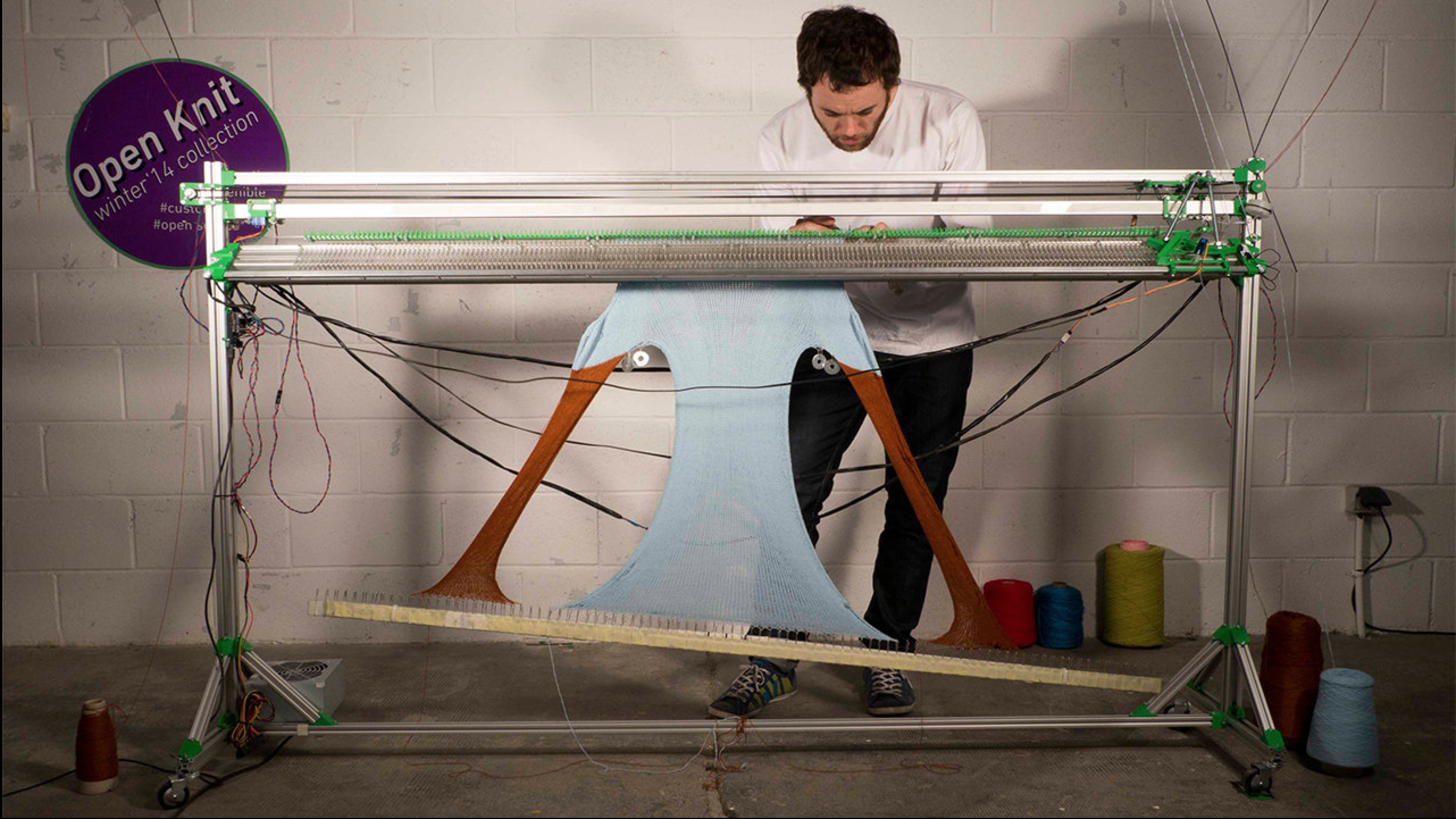 In my previous post about Electroloom, I mentioned that two projects had caught my eye.  The other is OpenKnit.

It was kind of funny to see ElectroLoom and OpenKnit pop up in my feeds in the same week.  They’re both being talked about as “clothing printers” and have similar goals: to decentralize clothing production in order to reduce the embodied energy of a garment.  However, the technologies and philosophies of the projects couldn’t be more different. 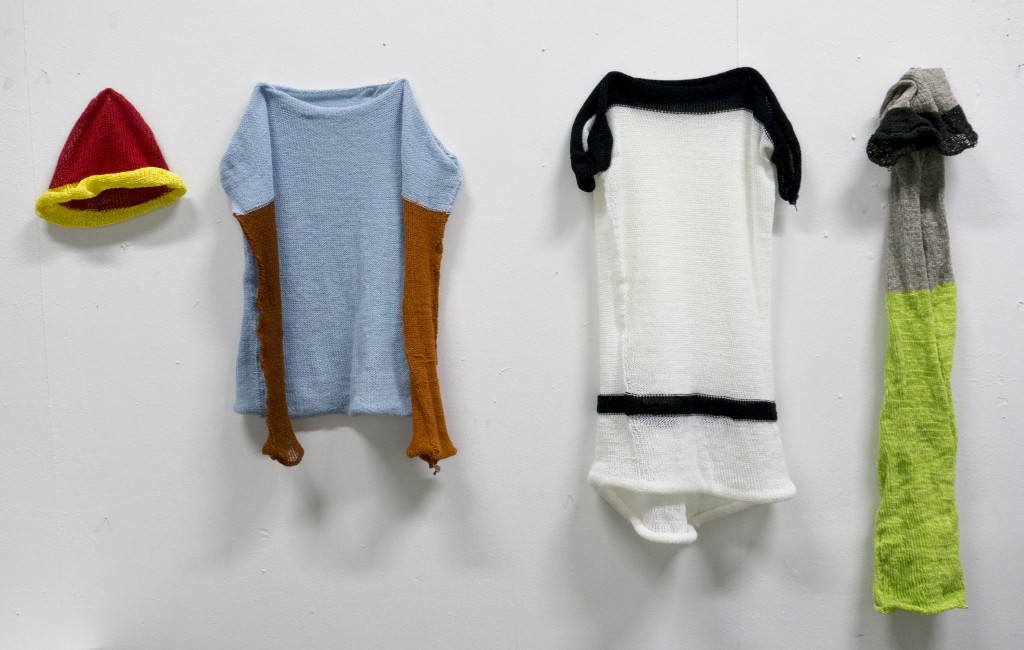 OpenKnit is a DIY, open-source, arduino-powered knitting machine project by artist and designer Gerard Rubio.  The promo video tells you everything you need to know:

Now, you might be watching the video and thinking the knitted results are rather… avant-garde…  Having worked with knitting machines, I can tell you this is an impressive project, and being open source, is designed to be improved upon by its users.

In addition, the Do Knit Yourself website accompanies the OpenKnit project as an online repository for open source, user-generated OpenKnit patterns.  Like Thingiverse for knitting.  The project encourages individual expression and involvement in clothing design, attempts to build a community around the technology and challenges the fashion status quo (as shown in the video by changing clothes in high street shop windows).

It’s early days for both OpenKnit and Electroloom, but both projects offer exciting possibilities.  Once the initial technological hurdles have been overcome, I’d love to see both projects developing their style-factor a bit more proactively.

The Look of Your Voice