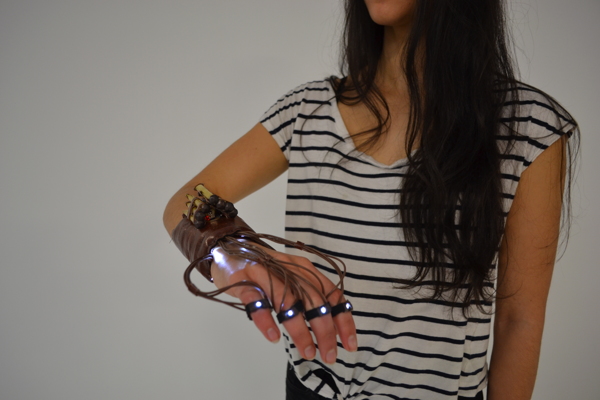 Developed by Hannah Faesenkloet, TacitLanguage is an assistive technology for the hearing impaired to text in low light situations.

The LED finger gloves illuminate the user’s digits as well as face when the user communicates via sign language. I’m not certain how effective the gloves are as companions for sign language, but I can imagine them being used in different contexts such as for cyclists using hand signals at night or police officers guiding traffic when a stop light is broken. 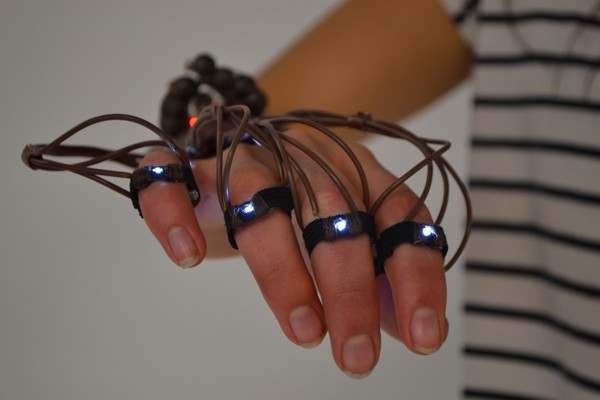 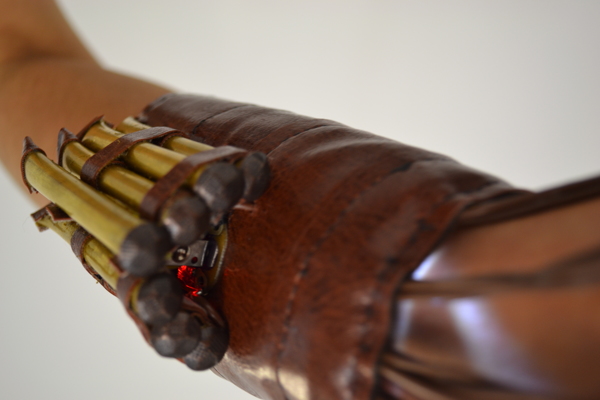 Vigour — A Gorgeous Wearable For Rehabilitation and Physical Therapy