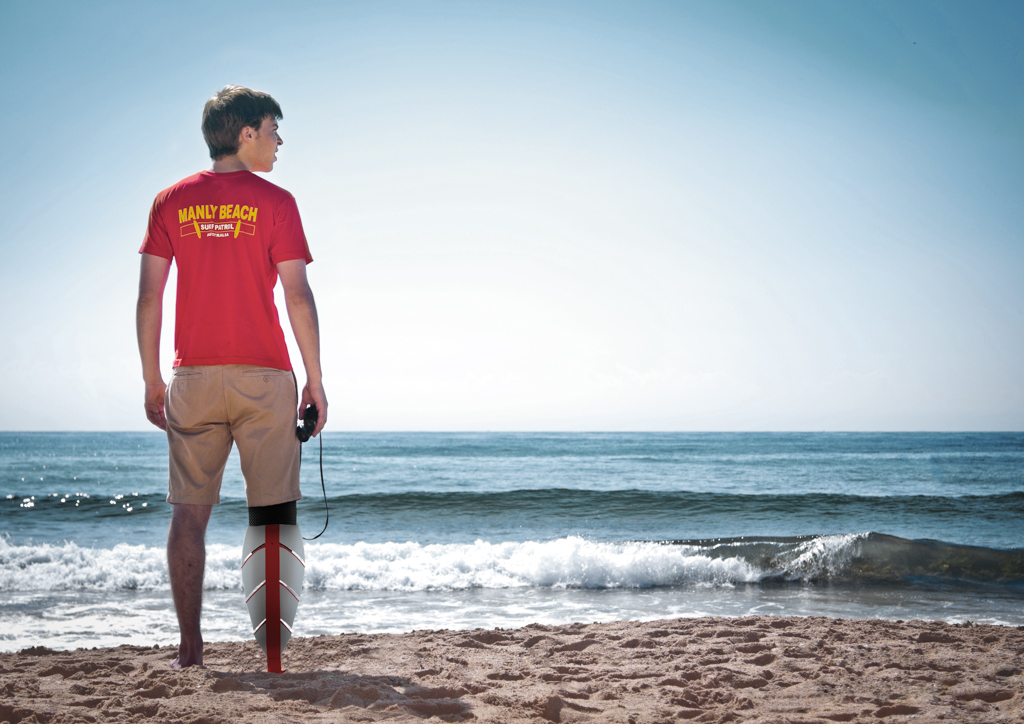 Prosthetics are perhaps the purest form of wearable technology. They have become a profound medium for designers and engineers to imagine how our bodies may evolve in the distant future while remaining sensitive and honest to their exigent role of replacing lost limbs. 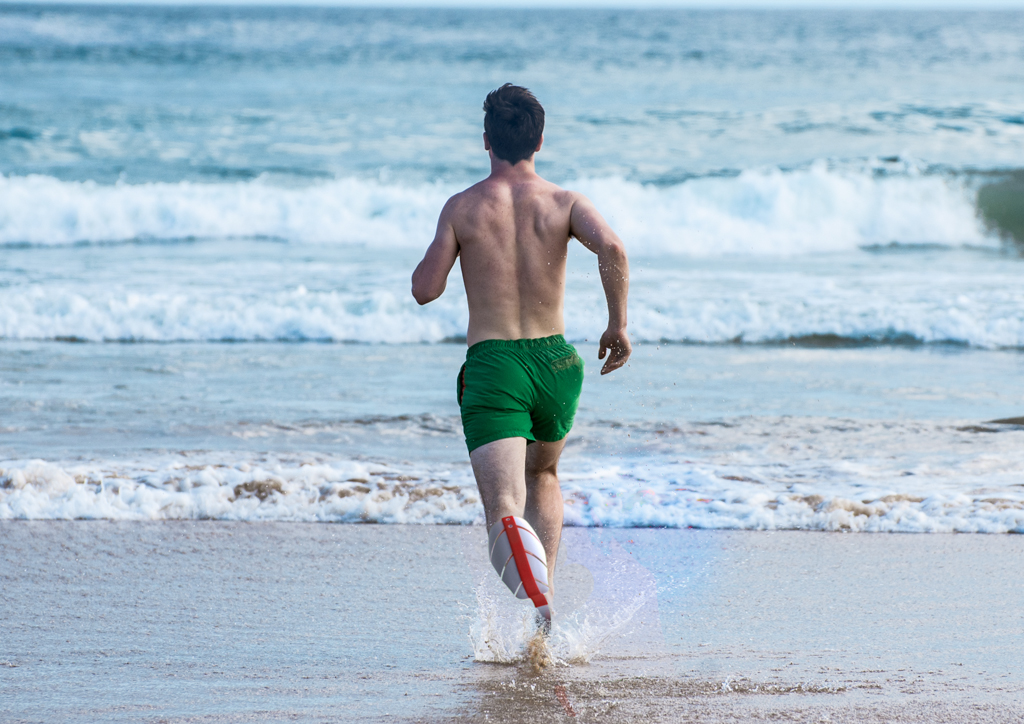 Increasing prosthetics are being designed and developed for niche markets and specific activities with sports and fitness taking center stage. 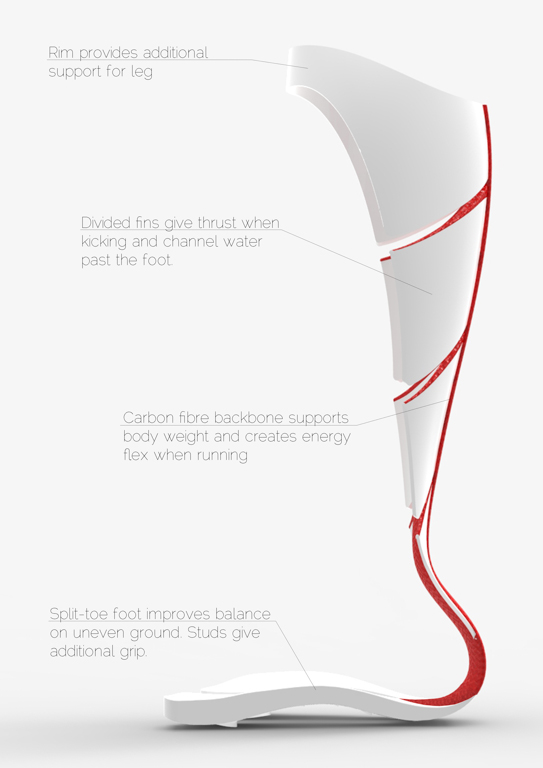 Murr-ma is an example of a prosthetic  prototype designed specifically for high performance water sports and beach activities. Whether you are learning how to surf or playing beach volley ball, Murr-ma promises to help its users navigate the challenging terrain of sand and water.

On land, the split-toe design helps with balancing the uneven sandy terrain of the beach while the studs provide a larger surface area for better grip on the soft sand.

In the sea, the beauty of the Murr-ma is its ability to enhance the swimming experience through its clever “fin” design . Inspired by dorsal fin of the sale fish — the fastest fish in the world — the fins located at the top of the prosthesis channel the water flow alongside the carbon fibre backbone and out at the sides, providing the wearer with the necessary thrust to move through the surf.

The Project is a collaboration between designers Thomas Essl, Julia Johnson, Yuki Machida, and Damian Rocca.