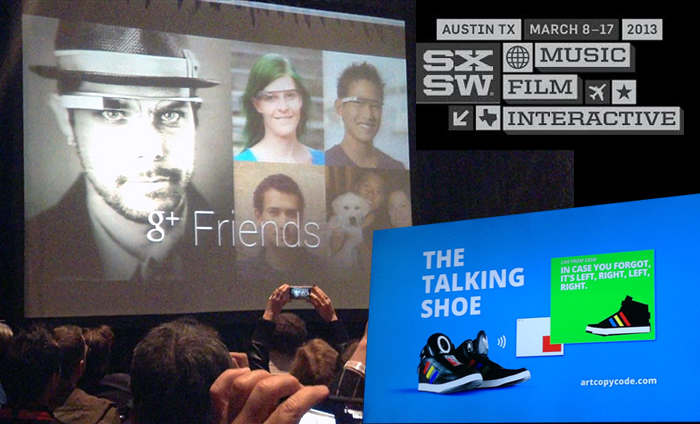 Spotted on the corner of Red River and East 4rth, a tall lithe blonde wearing Google Glass. A few blocks down at Google’s Art, Copy and Code showcase, geeks were dancing and shooting hoops in awkward experiential prototypes of a “talking shoe.” And inside the hectic trade show at the Austin Convention Center, in midst demos of co-authoring software technologies and the latest music sharing apps, brave passersby would try on a pair of mind-controlled twitching ears.  Yup — that’s correct — ears. 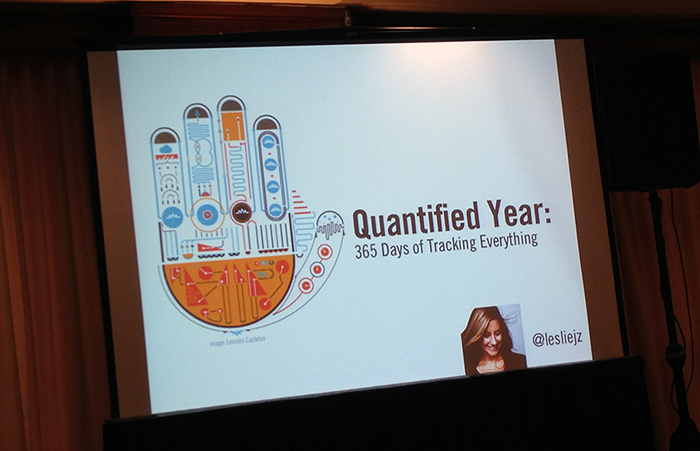 This year’s killer app happens not to be an app at all. Instead, all the buzz at SXSW interactive was about wearable technology thanks largely to Google Glass and the plethora of activity tracking fitness gadgets that hit the market last year. This year self-trackers found the confidence to crawl out of their mounds of personal data and share their experiences because all of a sudden being a navel-gazing data diva is cool.

In this group of early adopters, the question wasn’t “do you track?” but “how many trackers are you wearing right now?” 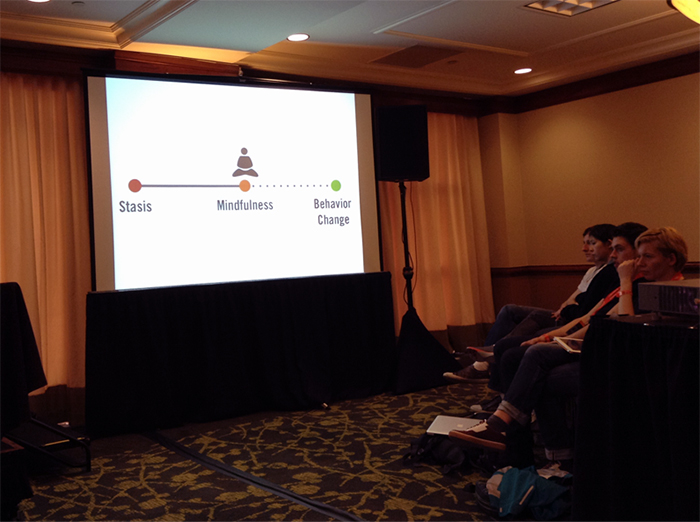 SXSW in the past few years has been all about social and using technology as a medium to connect with people. With this years’ focus on wearable tech, the conversation instantly became more personal. We were no longer talking about “friends” and “followers” but instead about “mindfulness” and  “mapping our behavioral genome.”

It appears that these early commercializations of wearable technology are primarily functioning as probes for us to look inwards and learn a little more about ourselves. As these technologies mature and an abundant ecosystem is built around each of them, I imagine the dialogue will once again shift from talk solely of “my data” to one concerning “contextually rich, collective data.”  So instead of discussions on “personal behavior change,” we can reframe the conversation toward understanding the “relationships” between ourselves, others and the environment around us. All of this can indeed be possible once we build the courage to discuss the gigantic elephant standing in the room —  the ethics of big data and its concerns regarding privacy and ownership.

Stay tuned this week as I will cover in more detail the insights gained from panels I attended at SXSW.

Not to be Missed: Smart Fabrics Conference in SF