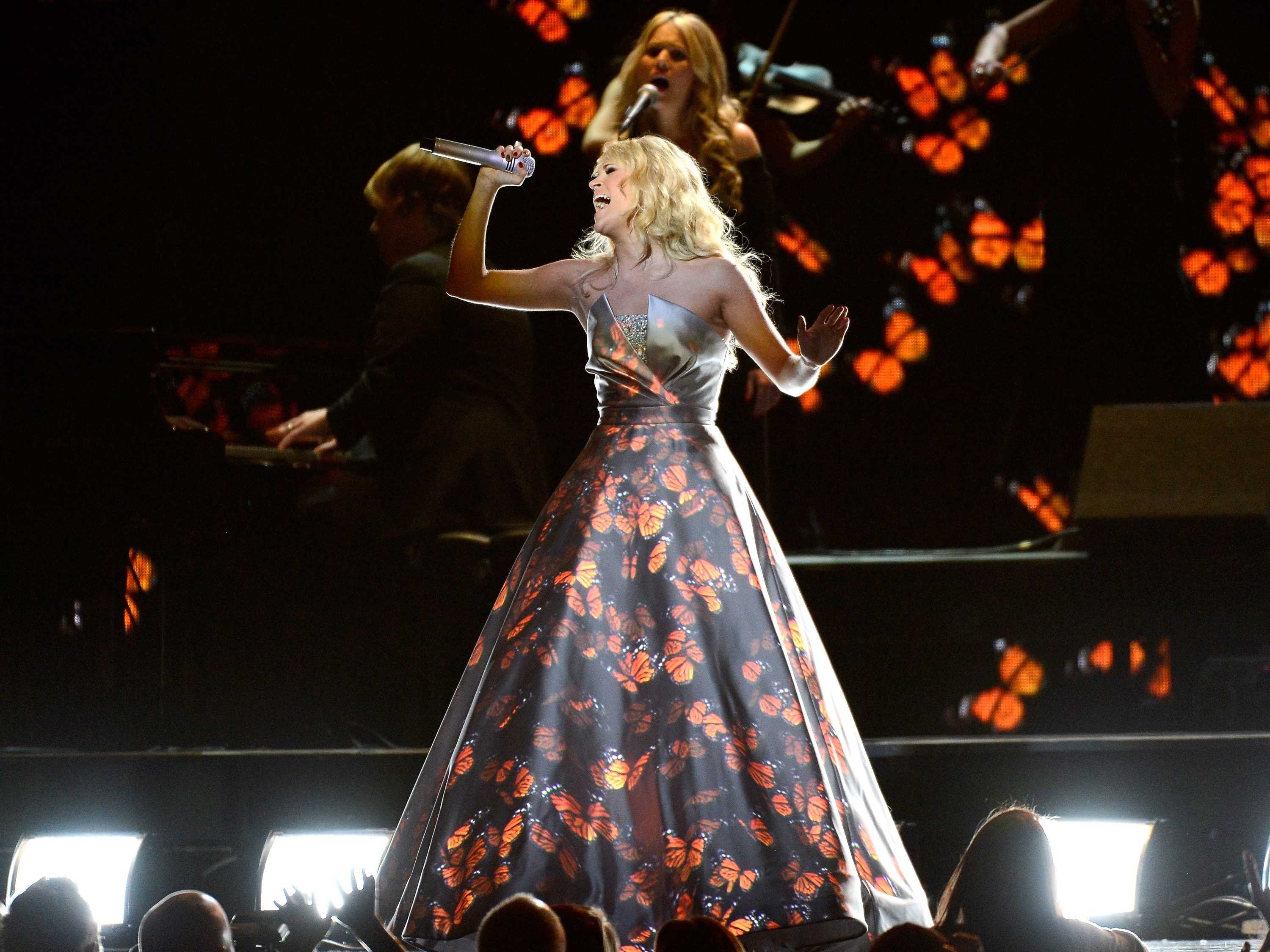 For the 55th Grammy Awards, the lovely Carrie Underwood wore a bespoke platinum colored satin gown by Theia upon which a series of animated images were projected during her performance of “Blown Away” and “Two Black Cadillacs.” 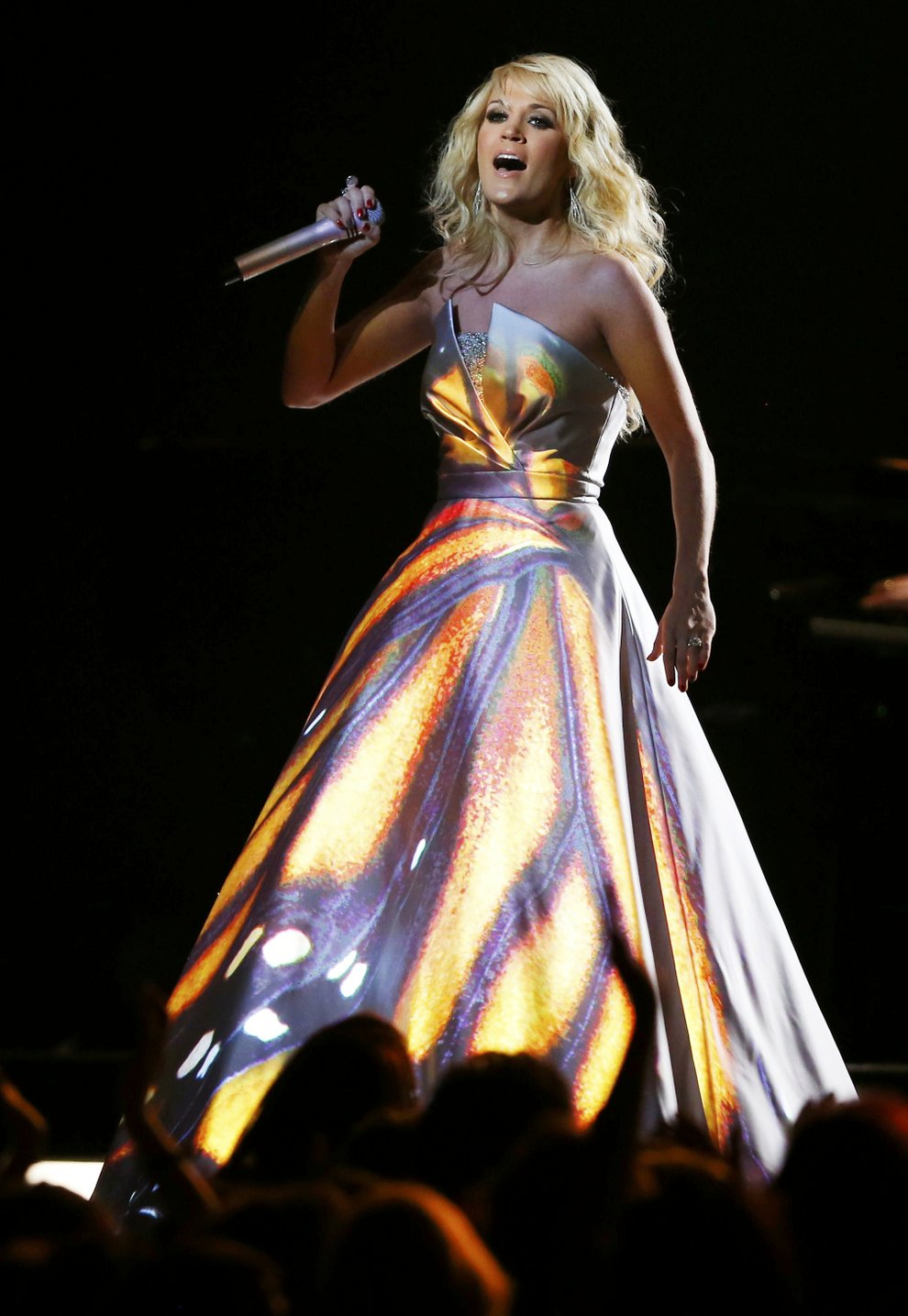 A refreshing take on the illuminated gown, Underwood’s spectacular gown demonstrates how a simple concept perfectly executed can enhance a performance. The only drawback — Underwood was anchored to a section of the stage limiting her movement. 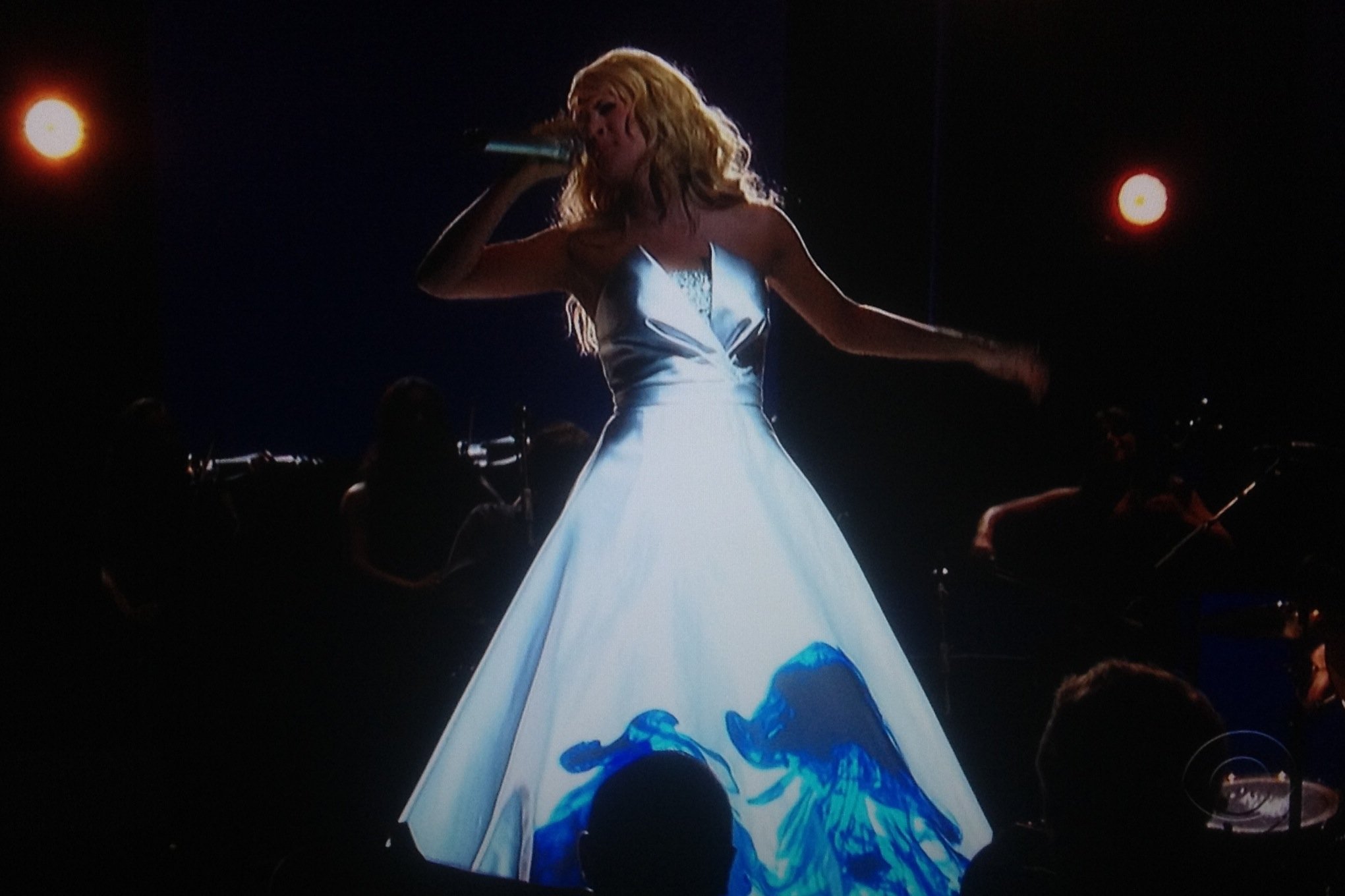 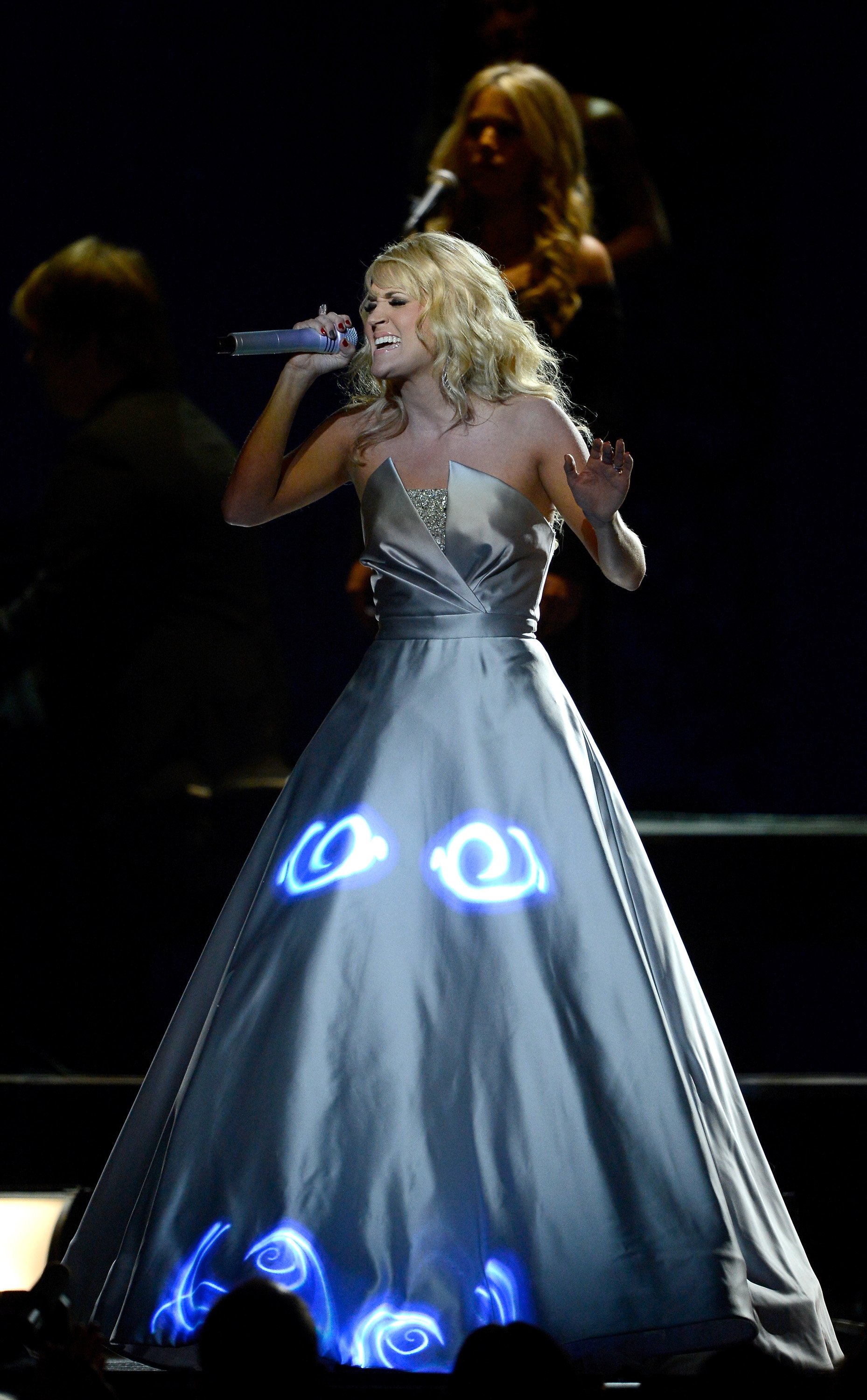 What do you guys think of Underwoods Projected Dress?

Onemile: A Shared Connection of Experiences

Metamorphosis — A Kinetic Wearable That Responds to Alcohol Consumption