A Techno-view of the Traditional Latvian Crown 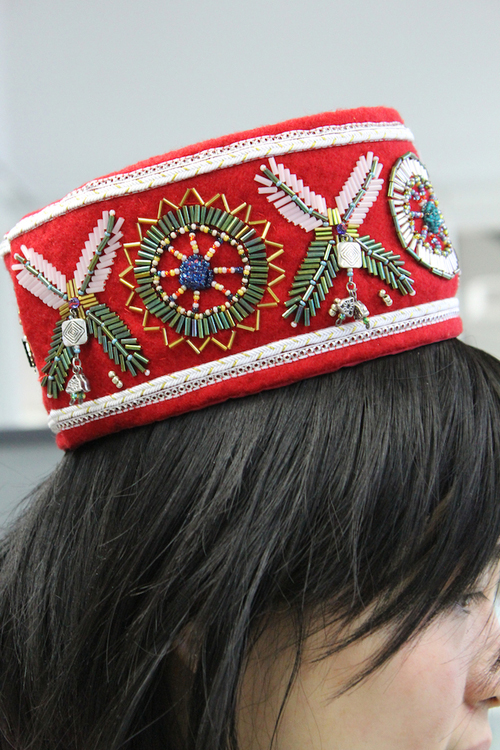 eCrowns is a project that reinterprets the ornamental Latvian crown — typically worn by single women —  through the lens of new materials and technology. Two crowns, the Sirius and Dancing crown, were developed by the  ecraftscollective as part of a transdisciplinary art center SERDE in Aizpute.

The Sirius crown is a mating crowning of sorts that expresses to potential partners the “mood”  of the wearer. The status can be set to either welcome or ward off interaction with a flurry of green lights and jovial sounds or a warning of red lights and a screeching siren.

The Dancing crown is a motion-sensitive crown that shimmers to exaggerate the wearer’s movement. 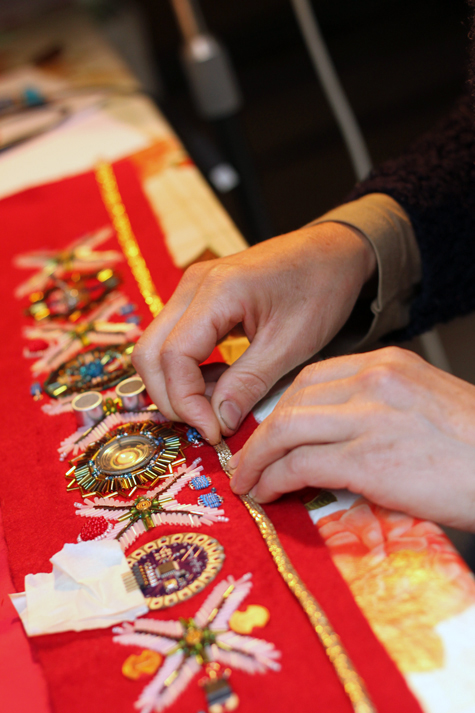 even the clumsy electronics were elegantly woven amongst the glass beads. 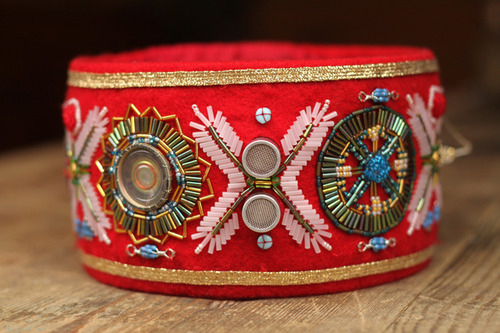