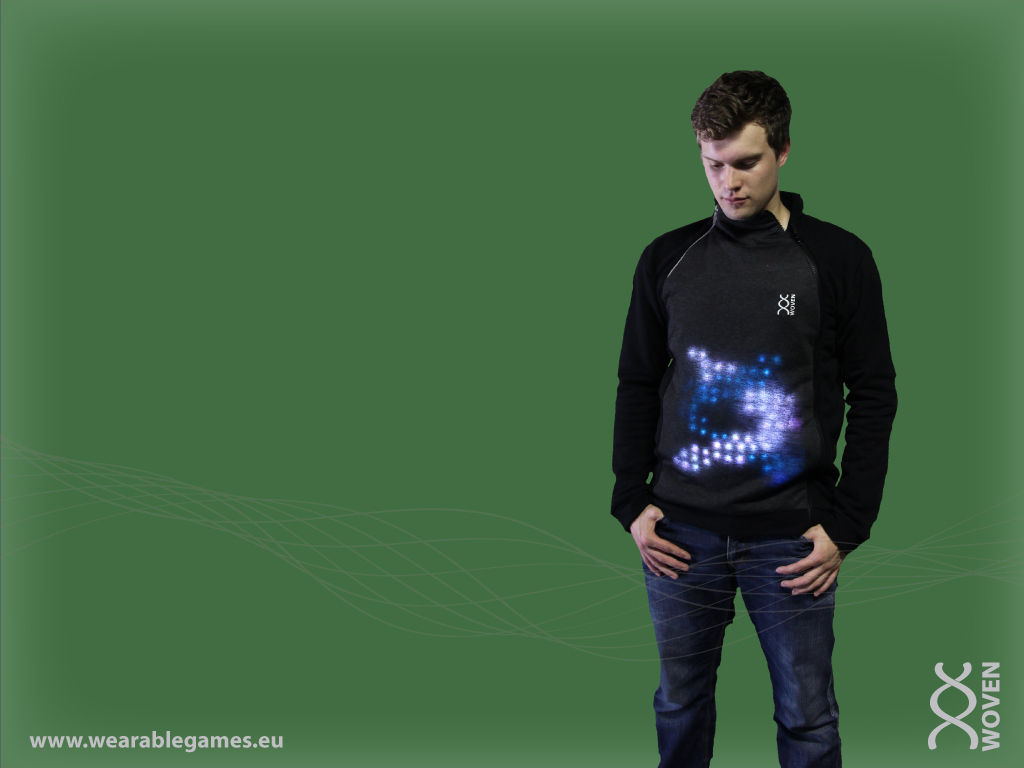 Designed by students Christiaan Ribbens and Patrick Kersten from Utrecht School of the Arts, Woven is a near-future exploration on how wearables could be transformed into a gaming platform.

The wearable gaming platform is connected via bluetooth to a mobile phone which runs an app, controlling the sensors and display. 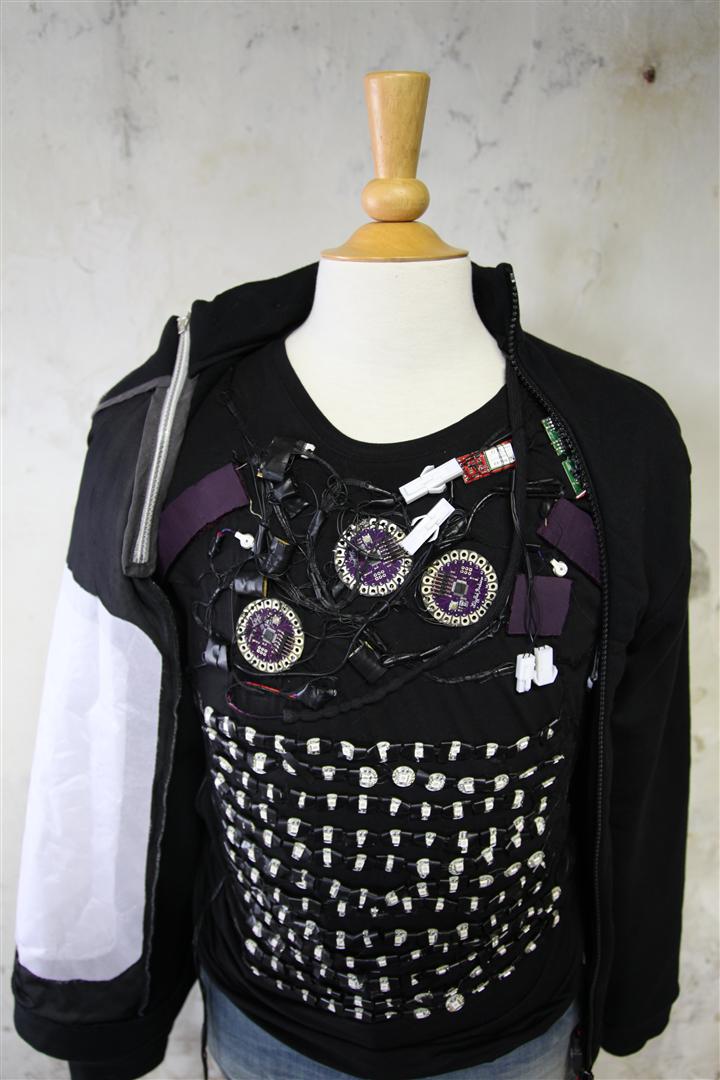 Speakers, haptics (motors) and the 144 RGB LED display function as the primary feedback mechanism for the gaming garment.

Bend sensors and a heart rate sensor were incorporated for bio-sensing.

To demonstrate the gaming experience, Ribbens and Kersten developed “Spooky”, a ghost hunting and busting game that takes place in the real world.

As much as I love this concept, I must admit the players do look a bit silly hugging invisible ghosts at a bus stop. In order for these types of platforms to really be successful, the entire user experience must thoughtfully considered — let alone the game design. An obvious example is the placement of the controls in the chest area which will never be convenient for any female players.

Besides the importance of the ux, I do wonder if traditional games can seamlessly be translated to be played in the urban environment. Perhaps these platforms will instigate the development of a different type of game. One that is social and multiplayer; one that requires the players to engage with the real world; and one that can potentially solve “real” problems rather than battle invisible ghosts.

The Wii is a positive example of how gaming is moving in the direction of a more embodied, visceral experience — and wearables I imagine will nicely fit into this platform in the near future.