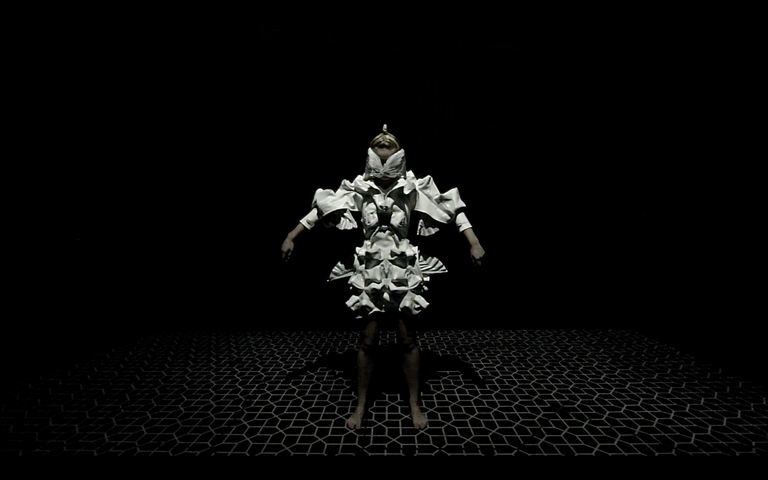 Developed at a residency at V2_Lab, Obstruction is a lovely performative wearable developed by Taiwanese Media Artist Po-ting Lee in collaboration with fashion designer Maartje Dijkstra.

Resembling an organic exoskeleton, the kinetic wearable responds to the interplay between shadow and light. The performance, set in a dramatic high contrast projected environment, is as eery as it is beautiful. 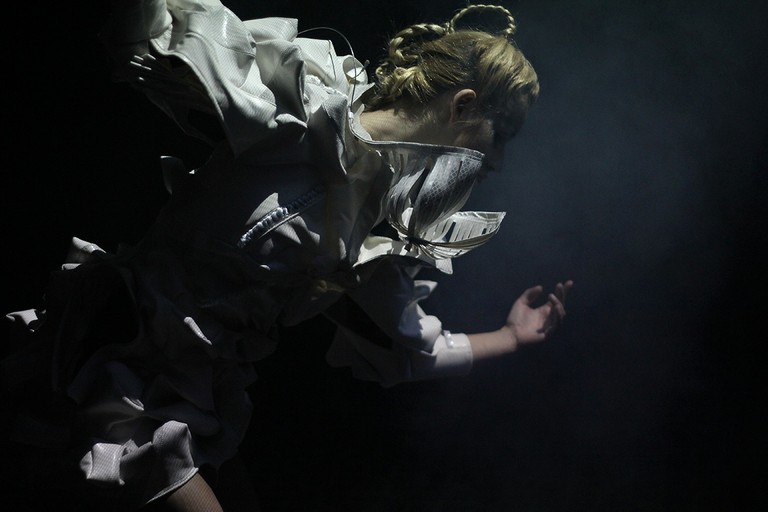 Prepare to Have a Bright, Glowing Burning Man

Electronic Quilts That Respond To Environment