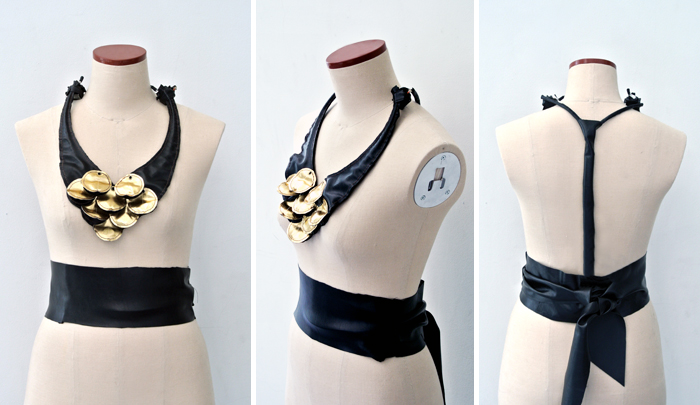 Chronolien is created by Mui Rui Yi, as part of her final year project for her degree in Interactive Art at LASALLE College of the Arts, Singapore.

It is an interactive wearable created in response to the question “How would time behave in the 21st century?”. A behavioural element as what is proposed as befitting of the identity of time is incorporated, serving as a commentary on the concept of Time.

Inspired by the concept of Rapid Plant Movement, the wearable represents time in 2 states; the first representing the luxury of time in a natural environment and the second state, which puts the user in an assertive hands-on-hips position, symbolises the rush for time in an urban setting. 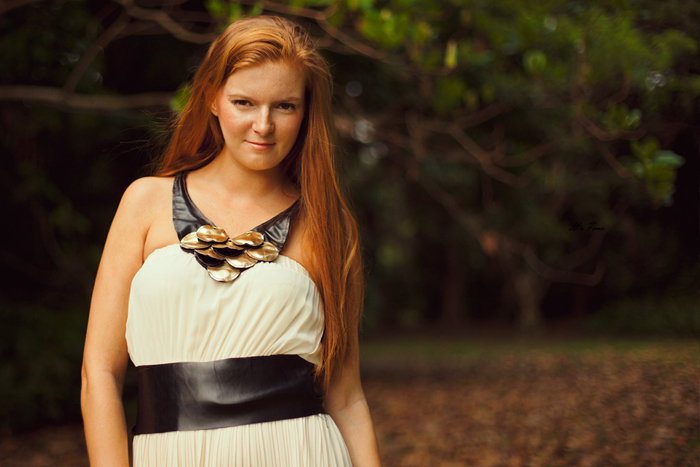 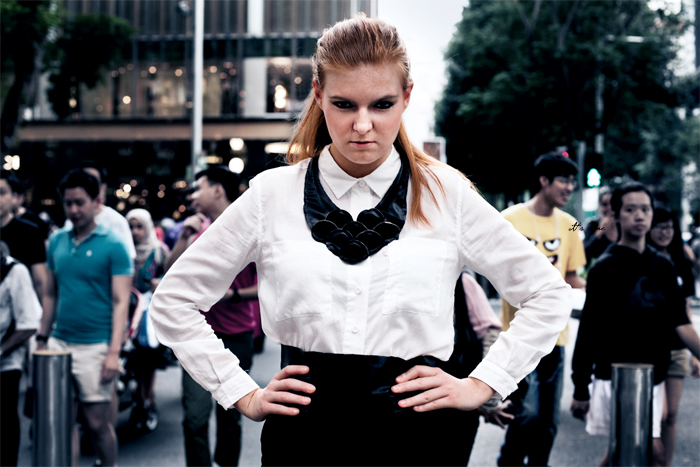 It connotes two main concepts. Firstly, that it is a representation of time, which is grand and gold when we have lots to spare (inspired by Robert Frost’s Nothing Gold Can Stay) but closes its doors on us when we need more of it, especially in the urban environment where technology rules, the concept of time seems to go alot faster than compared to the natural setting. Secondly, that it is time, to do whatever one wants, to not procrastinate and take firm control of it.