Animated Textiles was a five-day workshop held at the Swedish School of Textiles at the University of Borås from Sept. 17th to 21st 2012. 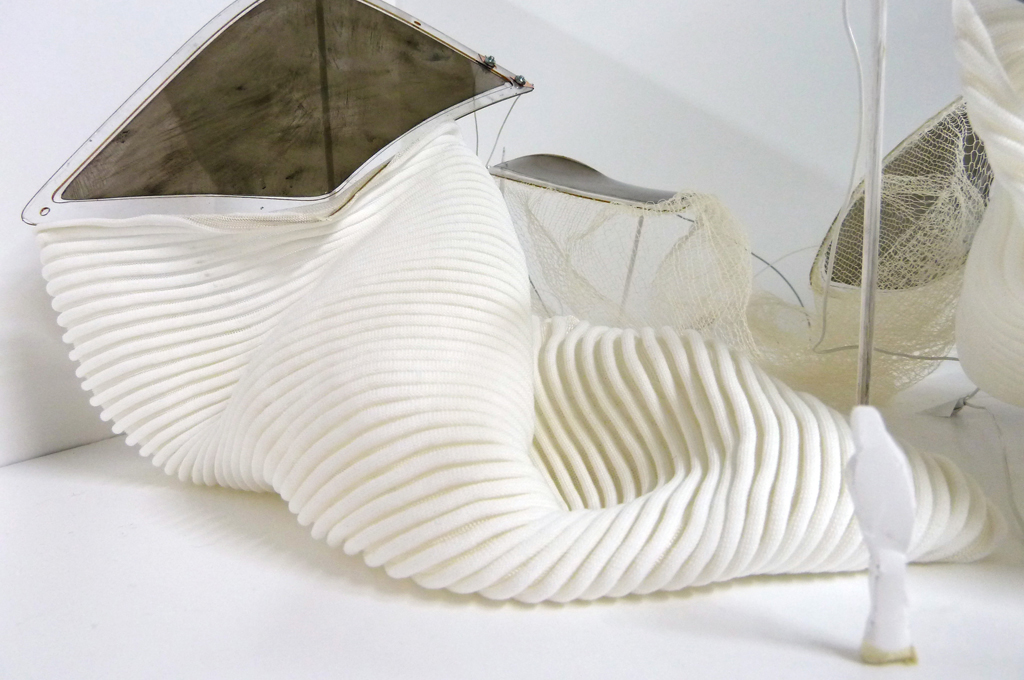 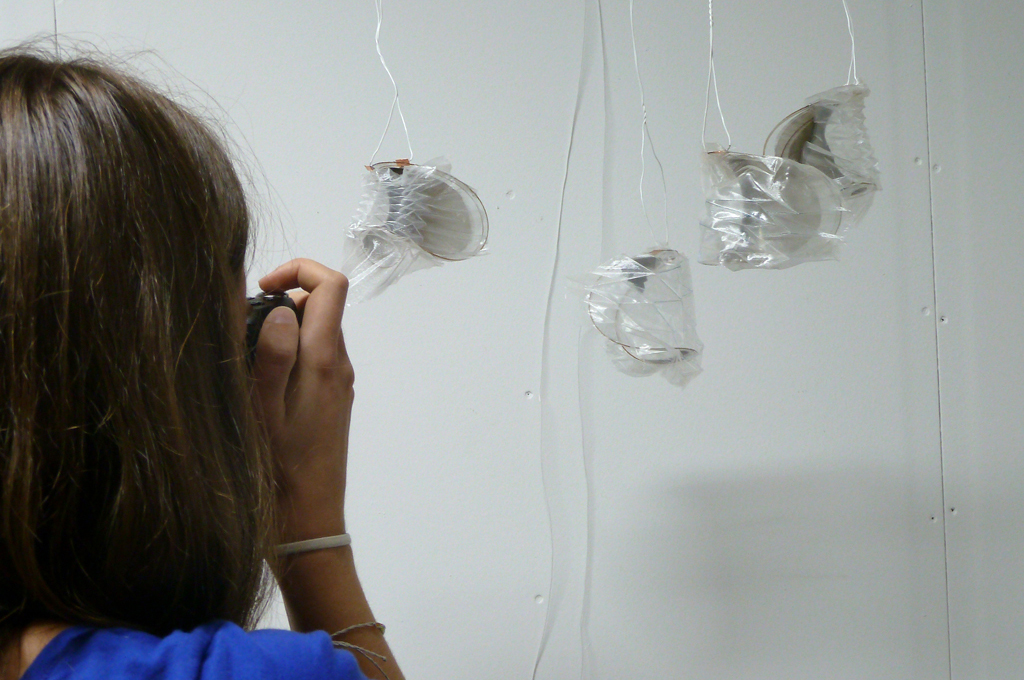 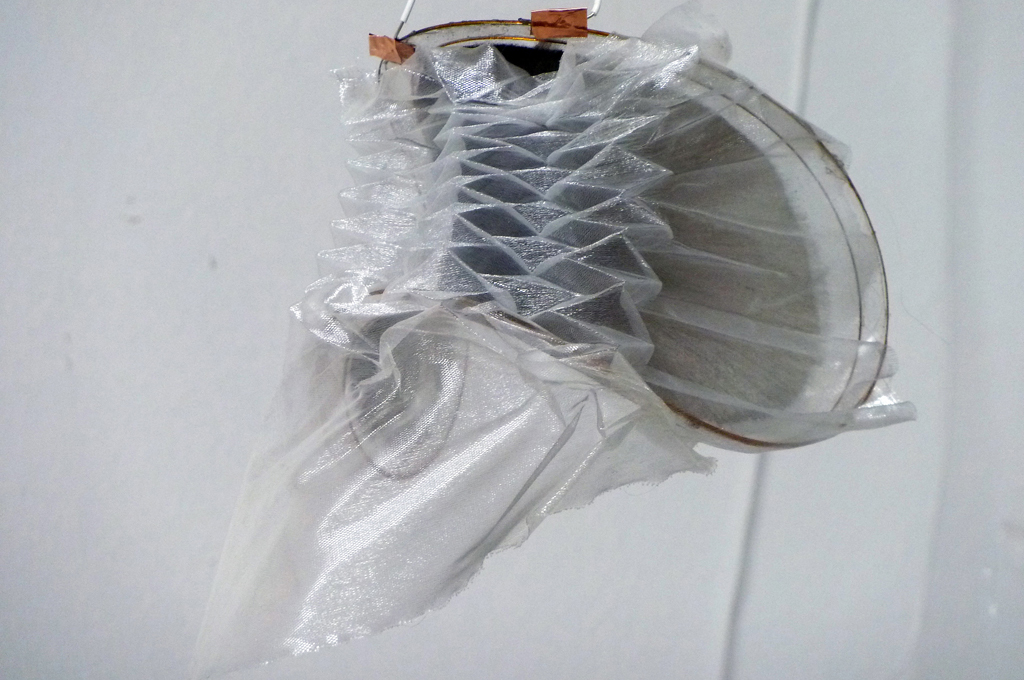 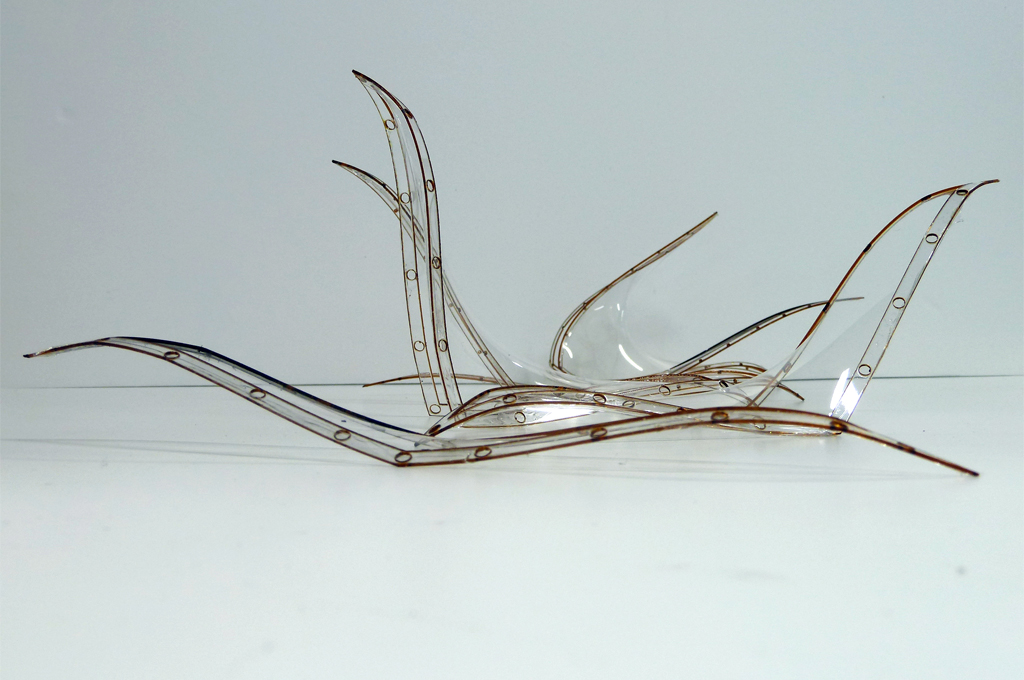 Within this workshop we explored the combination of soft electroactive polymers with various lightweight textile systems to create animated surfaces, structures and assemblies. The workshop participants, both Master and Phd students, were split in three groups of four people each. After a generous introduction into the techniques of producing electroactive polymers, each group produced their own membranes based on iterative mutations of a previously defined working component. The necessary support frames were cut using a laser cutter. The components that exhibited the best behavior and strongest deformation were picked to become attached to textiles and fabrics in order to form animated ecologies of moving textile assemblies. At the end of the workshop each group had built a physical prototype which was then presented to a larger audience. 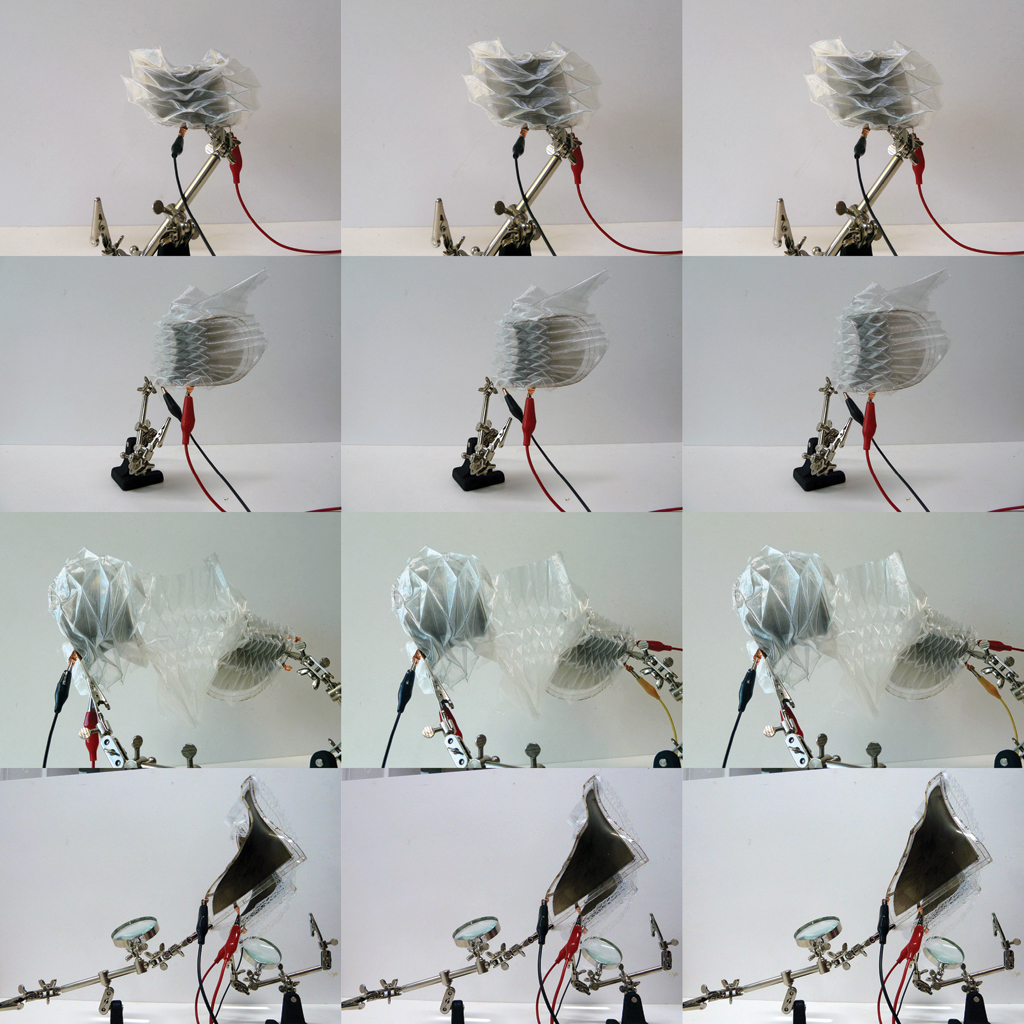 The Techno-evolution of the E-book