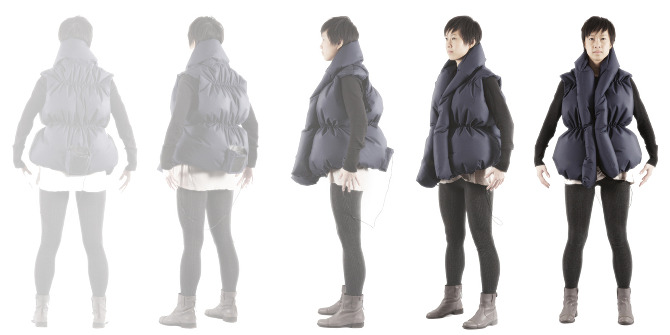 An inflatable version of Cute Circuit’s Hug Shirt, Like-A-Hug distinguishes itself from its predecessor by linking the wearable device to Facebook. When a friend “likes” a photo, video or status update, the vest inflates in giving the wearer a virtual hug.

Hugs can also be sent back by squeezing and deflating the vest.

The project was developed at MIT by Melissa Chow, Andy Payne and Phil Seaton.