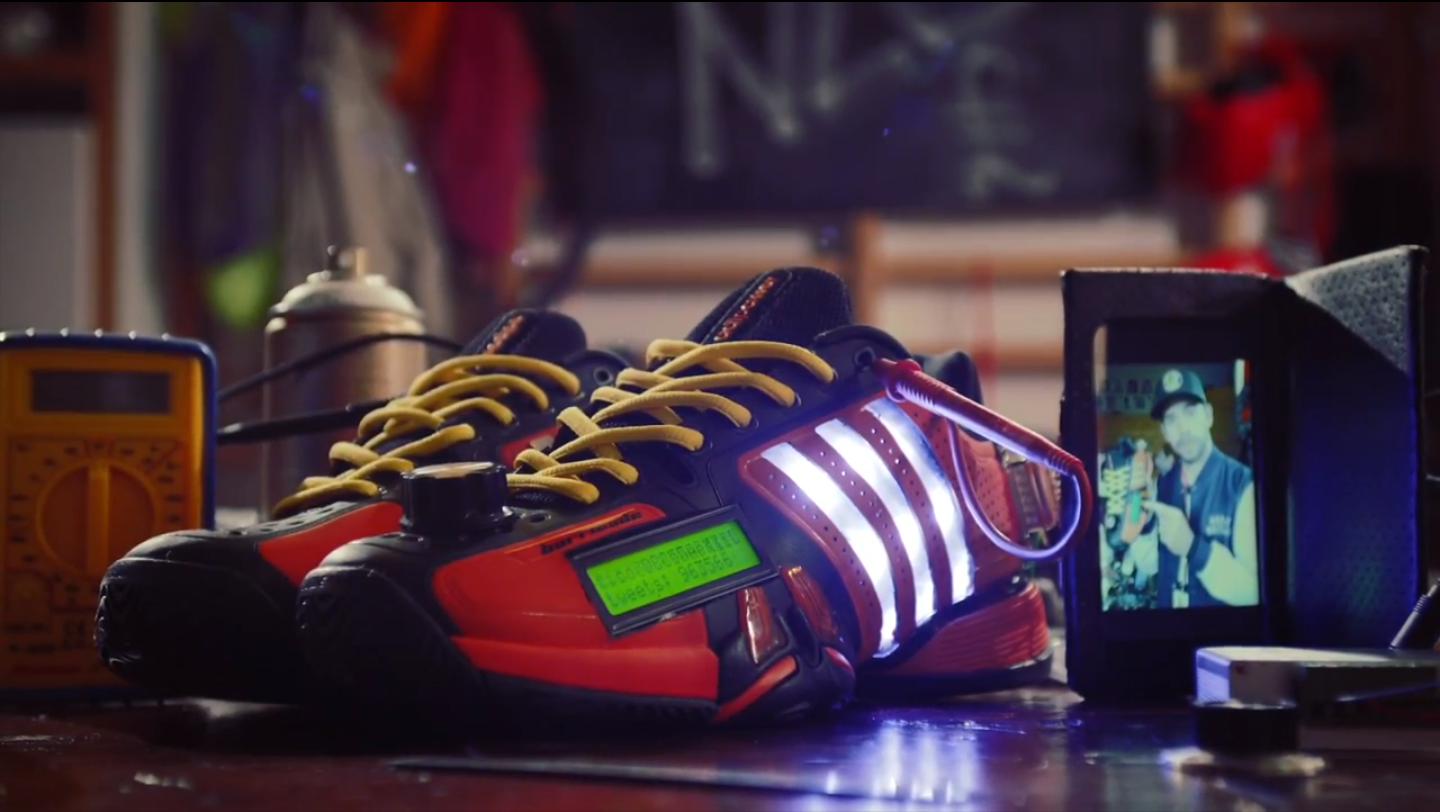 As part of its “miadidas Customisers” campaign, Adidas commissioned artists to customize training shoes inspired by the London 2012 Olympic Games.

Artist and renowned shoe customizer Alex Nash (aka Nash Money) hacked a pair of red AdiPower Barricade kicks to receive and display tweets  — it’s Twitter handle being @adidasbarricade— on an LCD display embedded in the shoe.

Nash’s concept was to highlight the important role that Twitter played in the 2012 Olympics with numerous athletes tweeting about their victories and connecting to fans.

It’s a little unclear whether the shoes really are “wearable” or if they are purely a concept piece but Adidas is marketing it as a potential concept to bring into development for the Rio 2016 games. 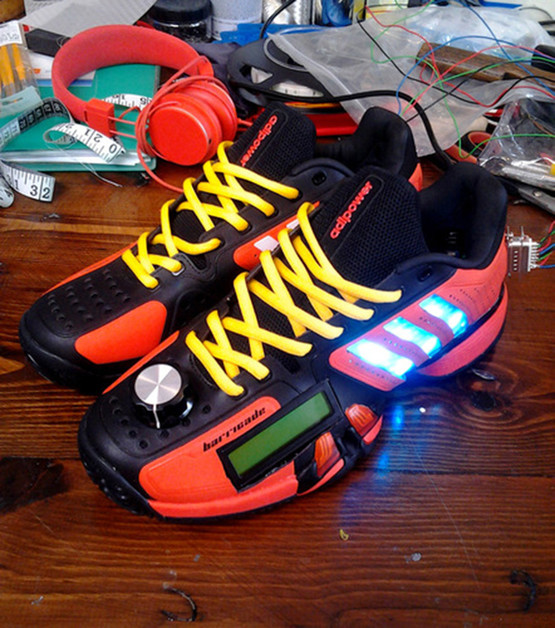 Win Your Own Custom Dress or T

Lit In Between the Folds