CONSTRVCT: Design Your Own Fashion 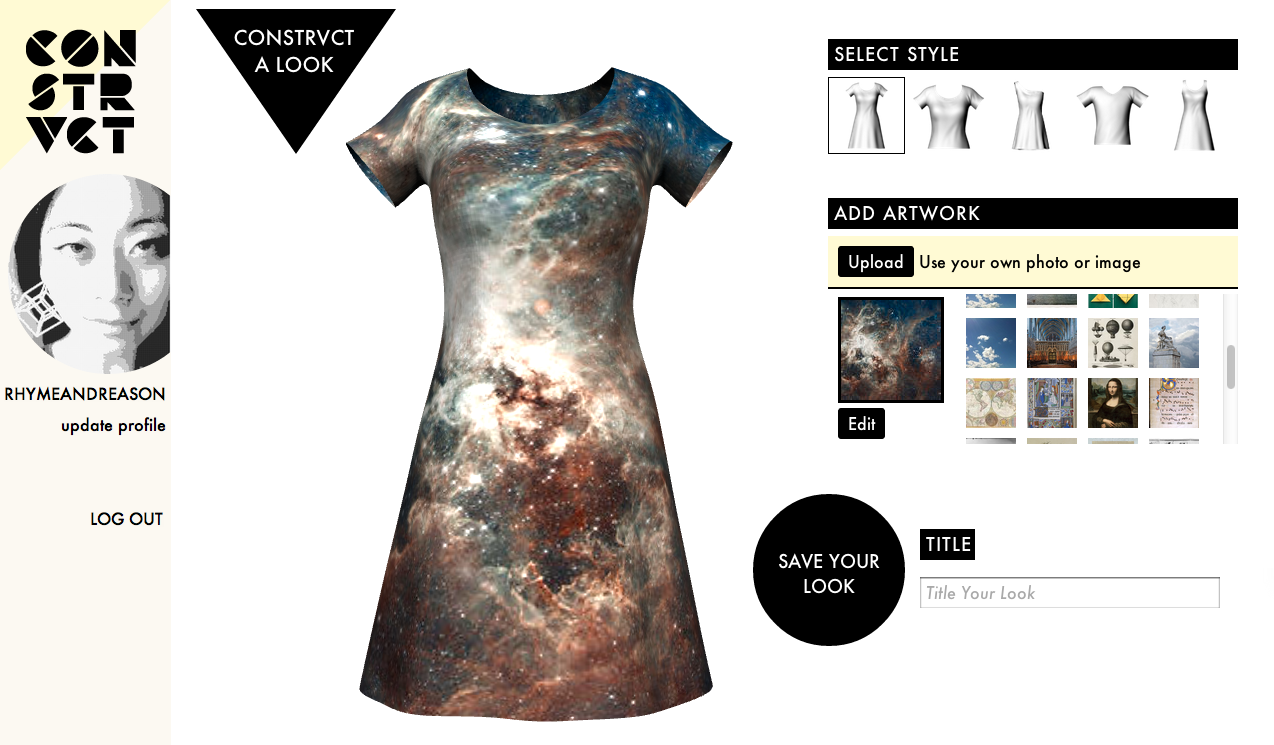 The duo, Jenna Fizel and Mary Huang, behind the interactive fashion label Continuum have brought us everything from 3D printed bikinis to computational couture. Courageously with each labored project, they continue to push the boundaries of fashion design and manufacturing using current and emerging technologies from rapid prototyping to interactive software. With each iteration, they’re vision of fashion’s future becomes clearer: Creative use of digital technologies can be used to fashion distinctive, bespoke garments.

Unlike they’re previous two projects (3D printed bikini and sculptural computational couture), their latest project CONSTRVCT results in more wearable — and less experimental — fashion. Currently raising funds on Kickstarter, CONSTRVCT is an online platform that allows virtually anyone to create their own Ts and dresses.

In three simple steps, you can fashion a unique made-to-order design. Just select the garment style, upload an image, and adjust the image alignment for the front and back — you’re done! The process is quite simple — and addictive. Trust me. 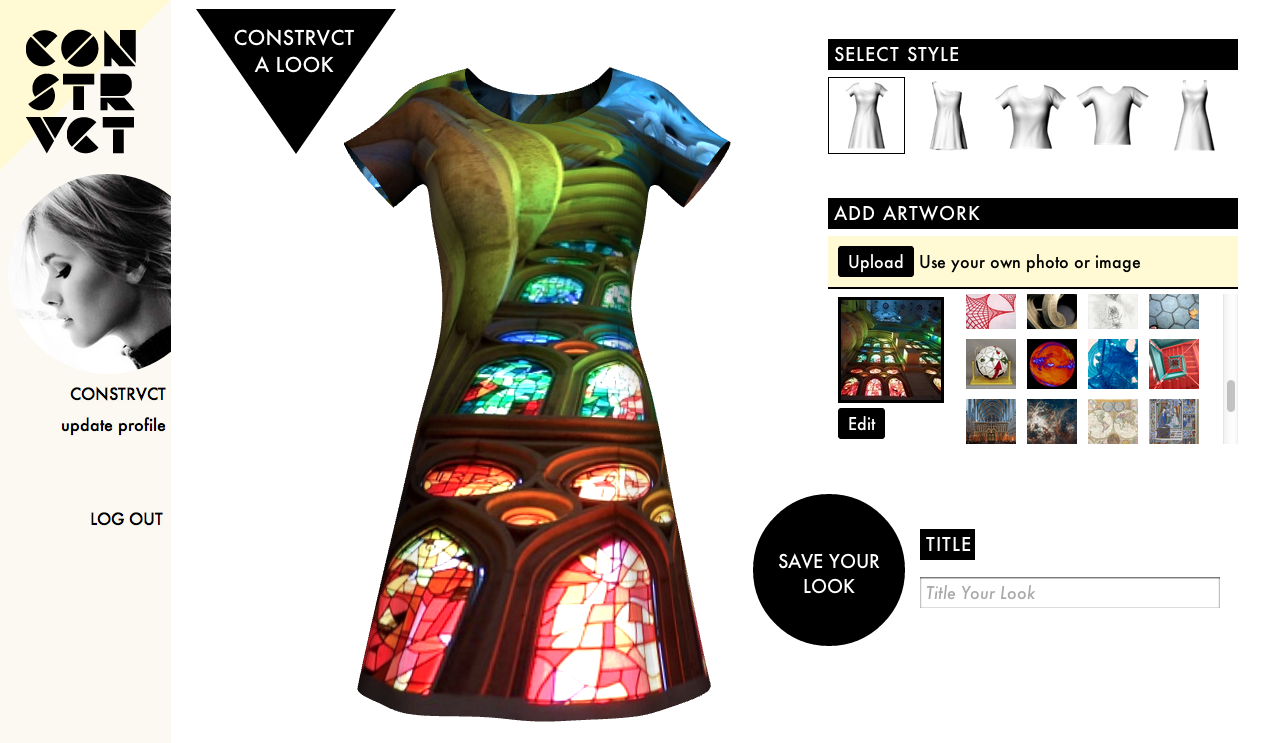 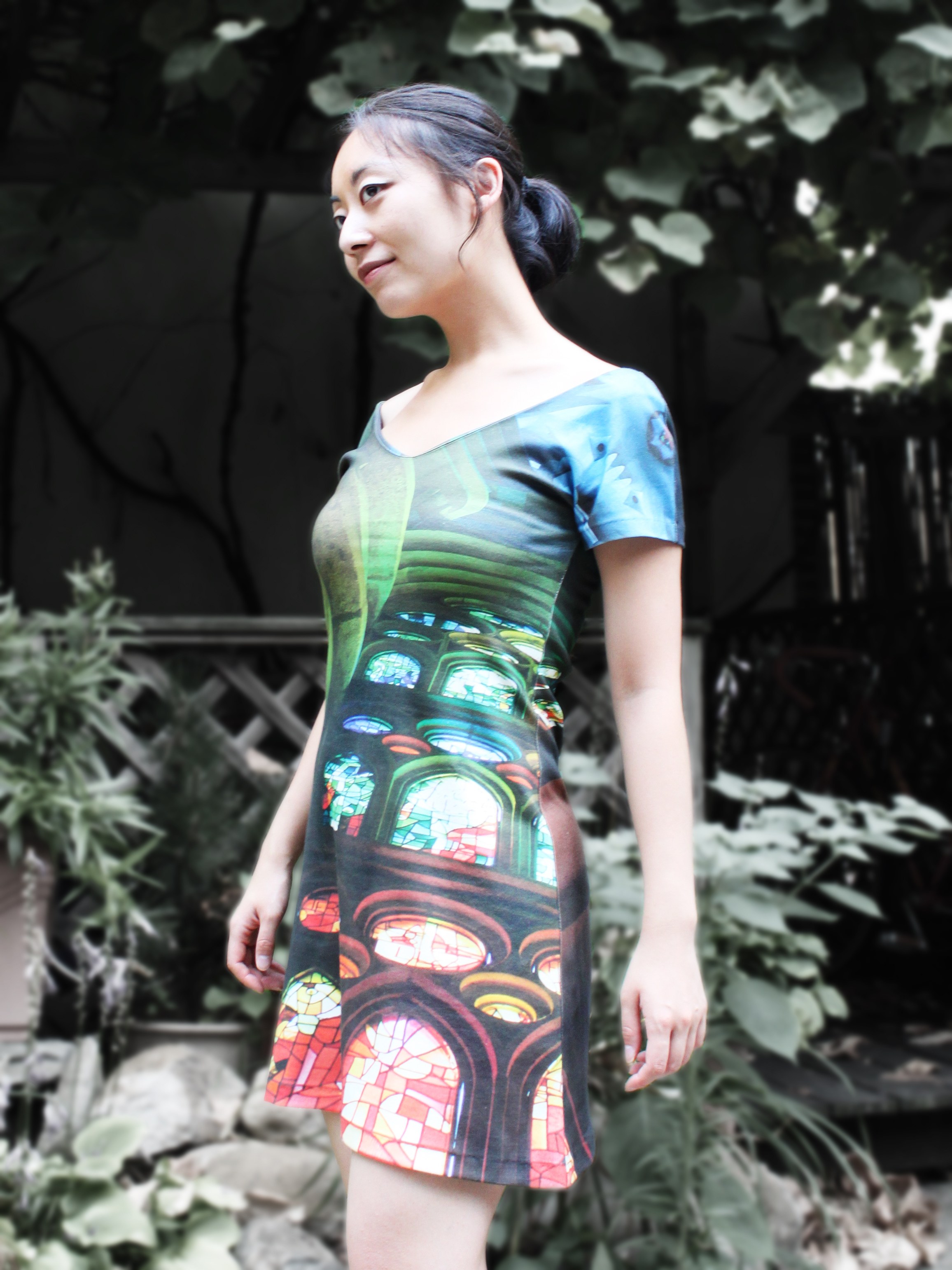 Industrialization transformed tailors and seamstresses who made each bespoke garment by hand to designers today who essentially modify digital patterns to fashion garments for the masses. With CONSTRVCT you — a designer — are creating digital platforms for the masses to create their own clothing. Co-creation between designer and end user is a reoccurring theme in your work. Why is co-creation important to you? Why give creative control to the end-user? Has the role of the “auteur” disappeared?

No matter what, the feeling of being creative, the pride in “I made this”, is a great thing. Being able to share that with other people is powerful and rewarding. I suppose a good part of it is because I have always been an interaction designer first, and a fashion designer second.

A founding idea behind our work is to “define the future of fashion.” We’ve done individual physical designs as well, but designing the future is systematic — it’s not one design or one thing. In designing creative tools, the opportunity is to create something that’s bigger than yourself.

… designing the future is systematic — it’s not one design or one thing. In designing creative tools, the opportunity is to create something that’s bigger than yourself. 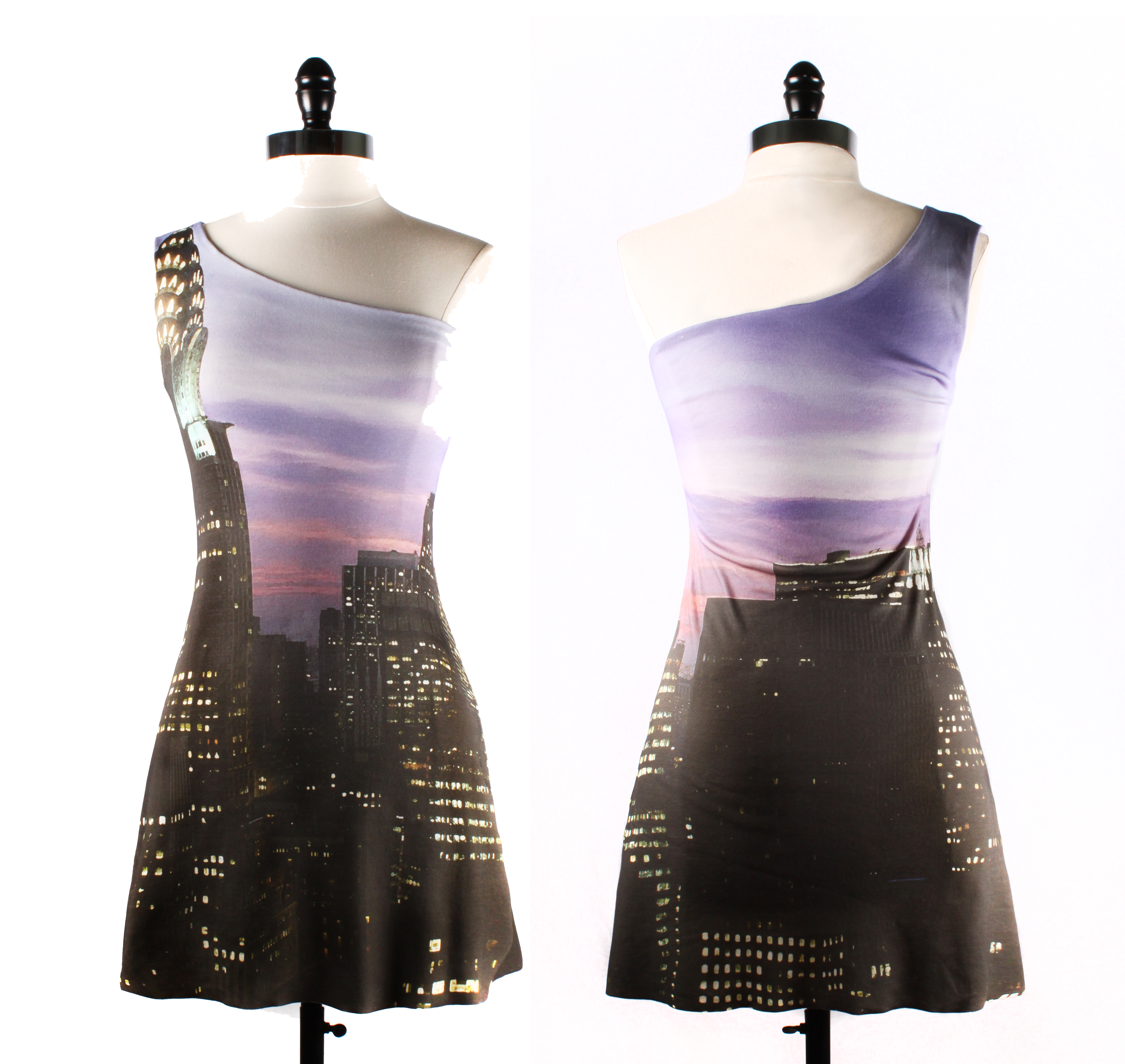 I can’t help but see the CONSTRVCT platform as a reaction to “fast fashion.” Instead of cheap knock-offs made in China, CONSTRVCT is a sustainable design platform that offers mid-priced customized garments made in the US. Essentially, you have developed a new form of the design, distribution, and production of clothing. Do you see the future of garment production moving towards this model of mass-customization?  Or do you feel it will always remain a niche form of garment production?

In a way we’re just connecting the pieces. There have long been apps for creating looks… consider Sims, StarDoll, or any variety of games, but you can’t make real clothes. Digital pattern grading and digital textile printing have been around for years. And there has always been high quality sample sewing in NYC, even as most mass production has moved overseas.

So CONSTRVCT is all of those things tied together, with the web. There are a number of bespoke tailoring brands that have popped up on the web in the last couple years — Blank Label, Indochino — so I think we’re seeing a growing trend.

With fashion, bespoke just makes sense. People were never meant to go to a store and figure out what size they fit into. Plus I hate when I see someone wearing the same thing I have. It’s still a tricky business to make successful, since people have grown accustomed to the experience and economics of retail shopping. But we’re not the only ones who see where the pieces fit and the possibility to do things differently, so that’s promising for the industry as a whole.

With fashion, bespoke just makes sense. People were never meant to go to a store and figure out what size they fit into. 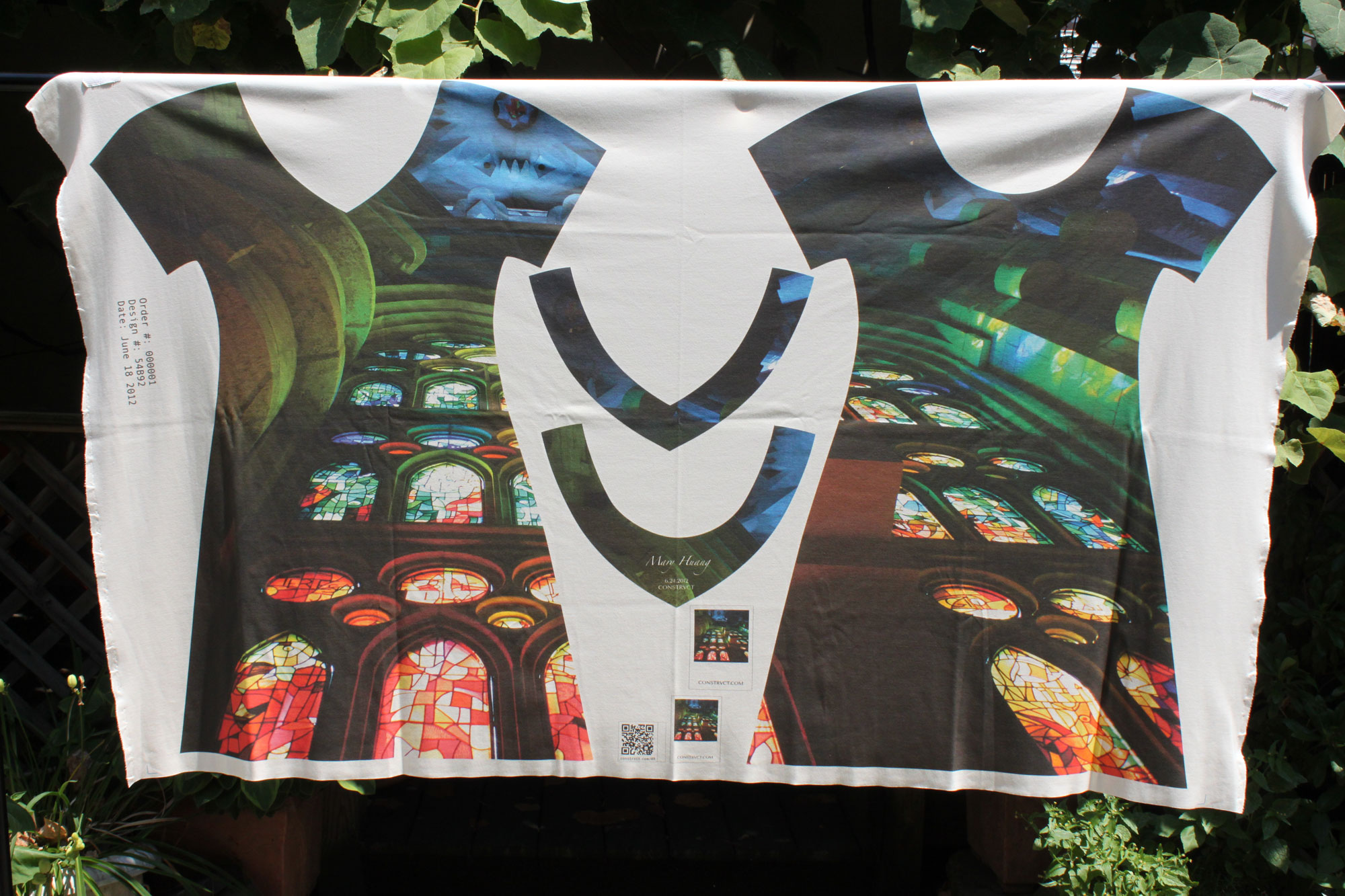 In addition to a sustainable production model, all CONSTRVCT garments are printed on organic jersey fabric. Can you explain how concerns over sustainability shaped the decisions you made when developing the CONSTRVCT platform?

Sustainability was a primary thought when considering what doesn’t make sense in the world. There are a lot of problems that we have that are tied to the fact that it costs the same to produce 10,000 of a thing as 1,000 of a thing. Never mind that you never needed 10,000 of that thing to begin with, and thus will have to clearance it out at the end of the season.

All of retail is tied to this system, but at its base, it doesn’t make sense, and the excess is not sustainable. Using organic fabric is an easy thing, especially when you’re developing a product that is made in small quantities, and the per unit cost is high. Right now I’m figuring out creative ways to use the “waste” fabric after cutting. 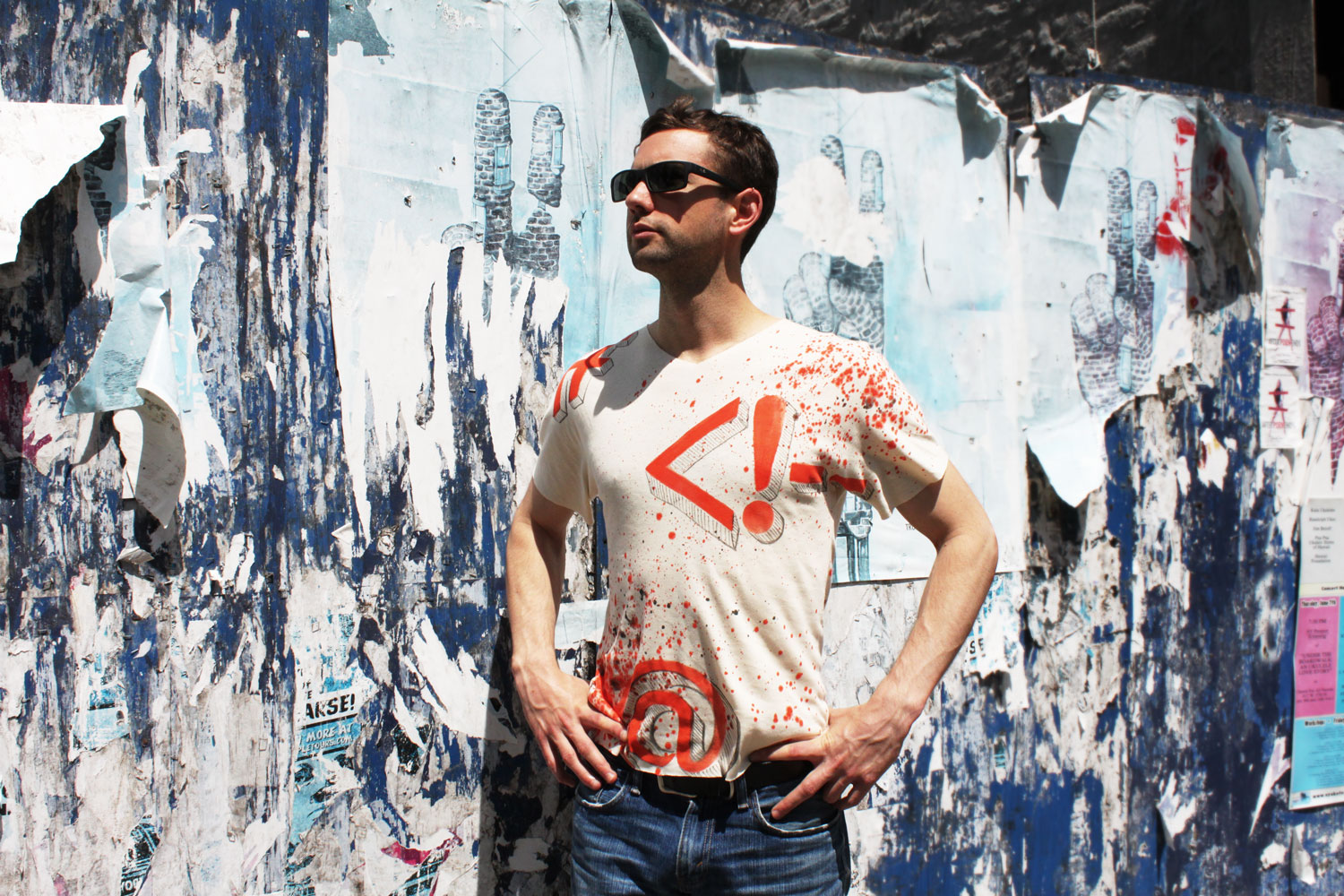 Currently users can only customize the graphics for CONSTRVCT’s Ts and dresses. In the future, will they also be able to customize the physical pattern? Following the Threadless model, will users be able to submit their designs for small-scale production or even open their own virtual store fronts? In short, how do you see the CONSTRVCT brand and site evolving?

Yes, that’s what we’re trying to do. The thought is to let people publish collections and earn royalties, with a full production and retail system already behind it. Plus we’re planning to build the design tool to have many more options.

There are so many people who want to be fashion designers in some way, but it really is very hard to get started on your own. And there are remarkably no consumer facing digital tools for fashion design.

Right now we’re really early, and taking things one step at a time. With anything involving the web and a community of individuals, it can be a mistake trying to forecast too much into the future. 😉 People will do a lot with very little if you get a few things right.