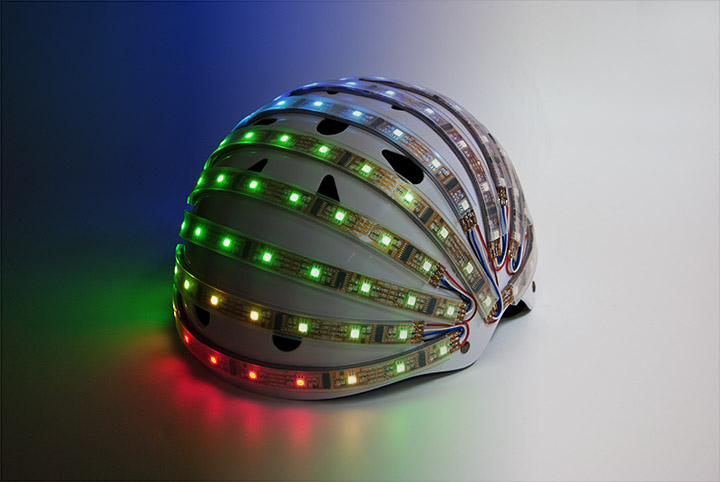 From turn signal gloves to beautifully designed illuminated coats for cyclists, designers are enhancing wearable products with light as an added safety benefit.

Unfortunately most products to date are seasonal designed primarily for the cool fall and winter months and simply aren’t convenient to wear in the sultry summer heat.

One wearable that cyclists will indeed don — at least should — whether unbearable hot or bitterly cold is a helmet.

Exertion Game Labs’ creative team, Wouter Walmink, Alan Chatham and Floyd Mueller, have designed a working prototype of an interactive illuminated helmet which essentially functions as a communication device — be it for expression, safety or play.

Designed with an accelerometer, a cyclist can indicate whether they are turning right or left with a simple tilt of the head to the right and left. Although to indicate that they are about to stop, the current interaction is to tilt one’s head back which seems a bit awkward to me.

The interactive helmet is designed as a platform upon which other interactions can be developed. In the context of skateboarders for example, the helmet can take on a more expressive role. 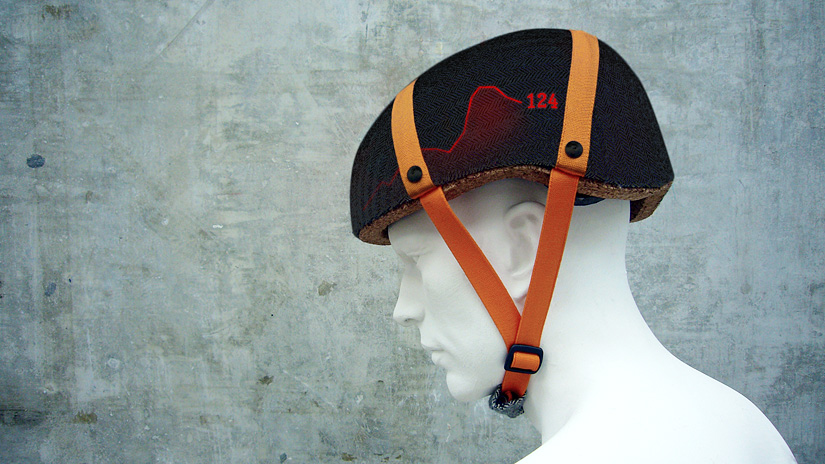 Or in the context of competitive cycling, the helmet could potentially be equipt with a heart rate monitor and could display the heat rate of the user. 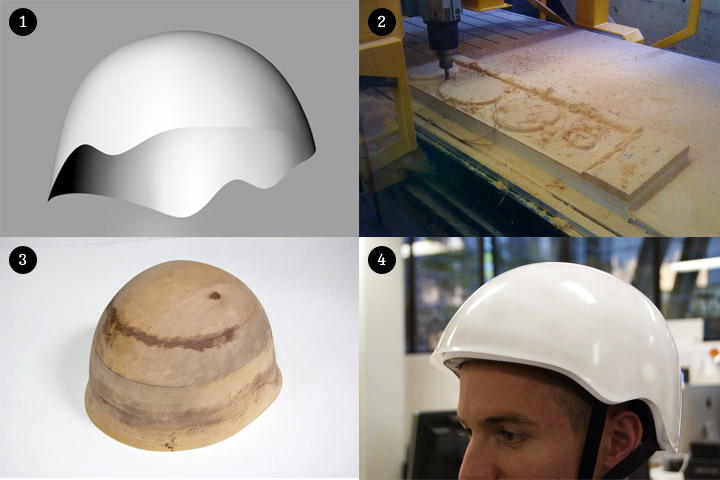 In the construction of the LumaHelm, the designers did not to modify the interior of the original helmet. Instead they modeled a shell using a 3D scan; created the 3D model using CNC; sanded the mold and vacuumed formed the final helmet cover.

What I love about the product ( and personally where I feel wearables will eventually be headed) is its design as wearable platform system that can be modified to suit various verticals.

What concerns me a bit is the actual safety. Helmets, first and foremost, are intended to be designed to prevent injury upon impact. Designing the electronics in a fashion that will not comprise the safety of the helmet will be a (fun) challenge.