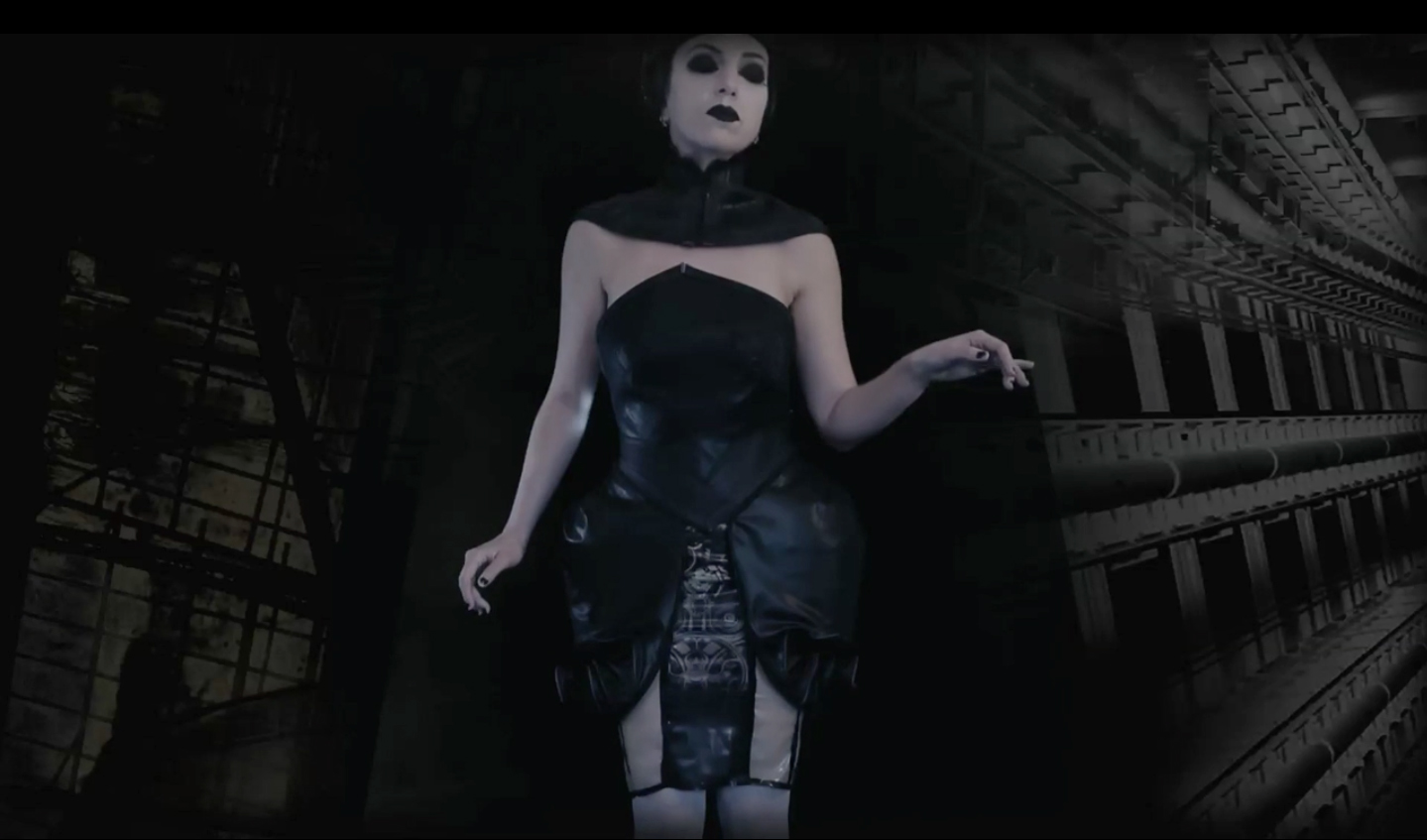 Hussein Chalayan may have been the first to develop mechanical gowns morphing into different silhouettes, but like much of Chalayan’s techno-couture, his “Morphing Dresses” were not designed to be interactive. The model had very little control over when or how the garments change.

Nange Magro’s shape-shifting gown Mechapolypse,  on the other hand, relays control entirely to the wearer — more specifically, the wearer’s mind. An MA student at the London College of Fashion, Nange Magro designed and developed a mind-controlled dress that illuminates and changes form in accordance to the concentration level of the wearer (1:25 in video).

Using an EEG (electroencephalographic) chip with sensors in the cap and an arduino, the garment is capable of measuring the wearer’s concentration and assigning various behaviors to the dress. For example, reaching concentration level four allows the skirt to return to its original state. 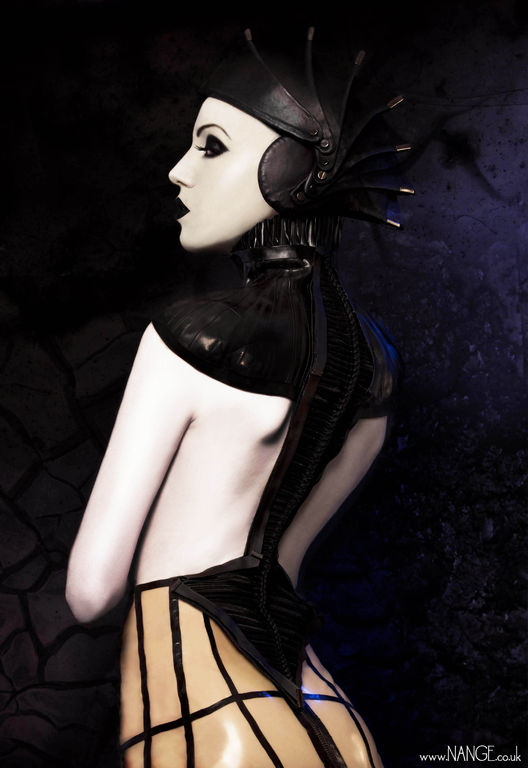 The dress it seems is part of a larger narrative about a hybrid creature that is part machine.

Narrative as written by designer is presented below:

“The video animation tells the story about this creature born from an explosion caused from a war between robots (technology) and natural entities (nature).This creature is half robot and half natural which is the reason why the dress has outside organic shapes, but when the skirt moves and reveals the latex skirt the creature shows to the robot that inside she is mechanical like him.

During her exploration of the world she sees a group of robots that are tortured from the natural entities.

It is in this moment that she falls in love with one of the robots and save him from the natural entities.

The robot is scared because she looks like one of the “slayers”, but in that instant she feels so full of love and passion for him that all her “body” (dress) lights up and moves her “shell” (upper skirt) to show him her real robotic nature. The video finishes with them falling in love.

The animated part merge with the real filming when, the model shows the latex skirt and the robot’s hand gently caress the print.”

From Cyborg to Geek Chic, Google Glass Gets Kinda Stylish