A golden cape woven from the silk of over a million wild spiders is on show at the V&Amuseum in London.

The four metre long woven textile was made from the silk of more than a million female Golden Orb spiders collected in the highlands of Madagascar. The hand-woven brocaded textile is naturally golden in colour and took over four years to create. 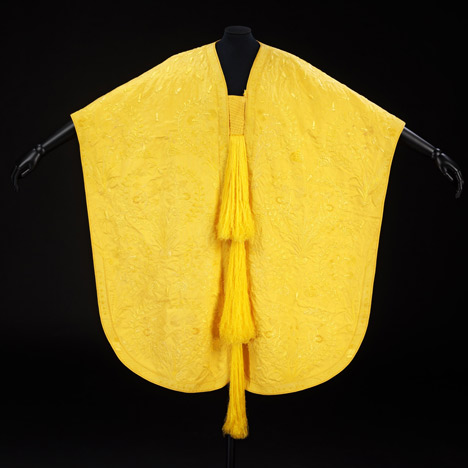 Simon Peers from the UK and Nicholas Godley from the USA created a hand-operated machine for harvesting silk from the spiders based on a design from over 100 years ago.

Golden orb spiders were collected from the wild, harnessed to the machine so the silk could be extracted and set free again at the end of each day.

It takes about one week for the spiders to regenerate their silk so the same spiders can be used again and again. 23,000 spiders are needed to create about 28g of silk, which is naturally golden in colour. 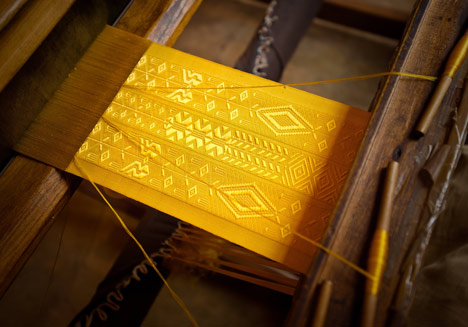 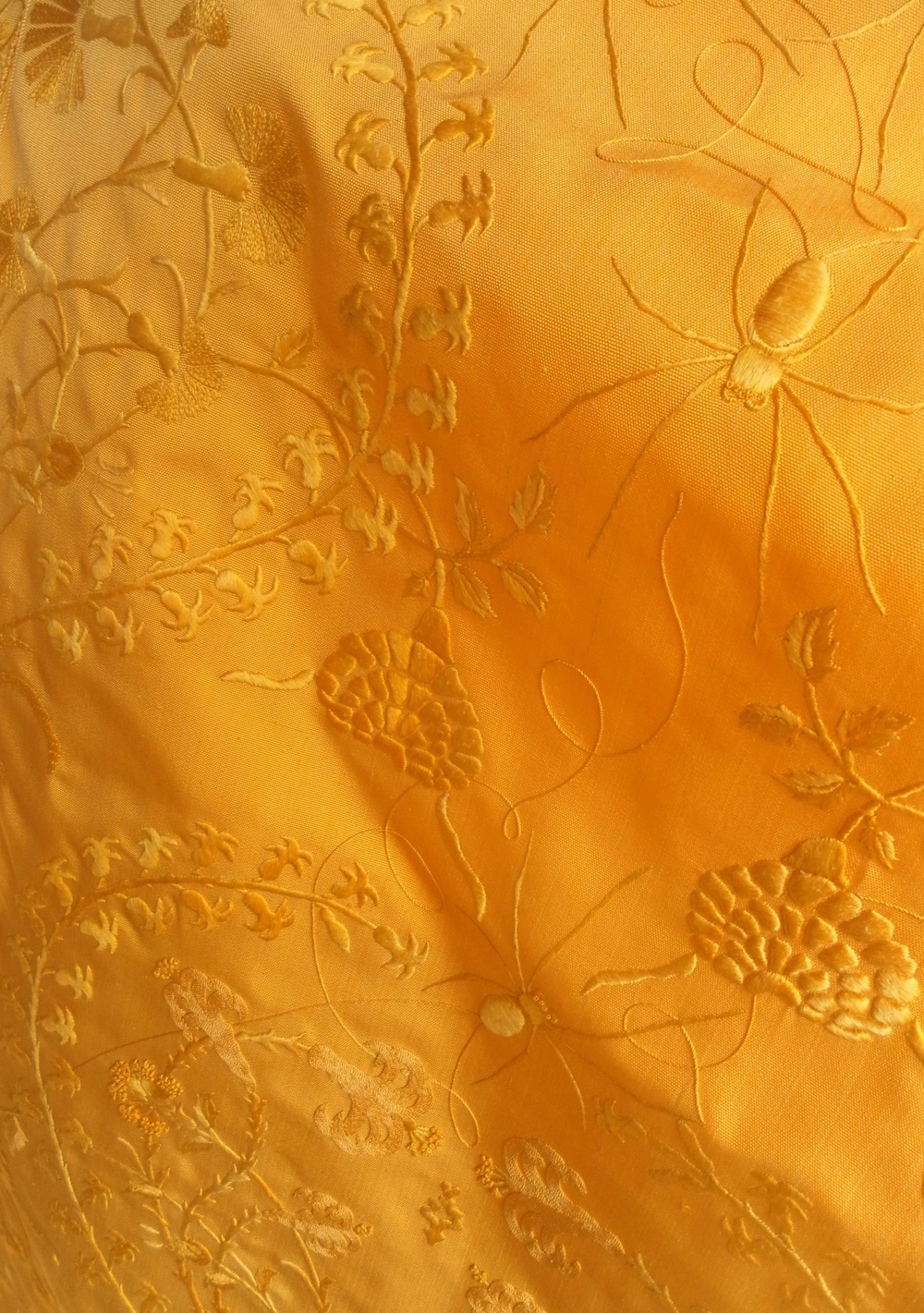 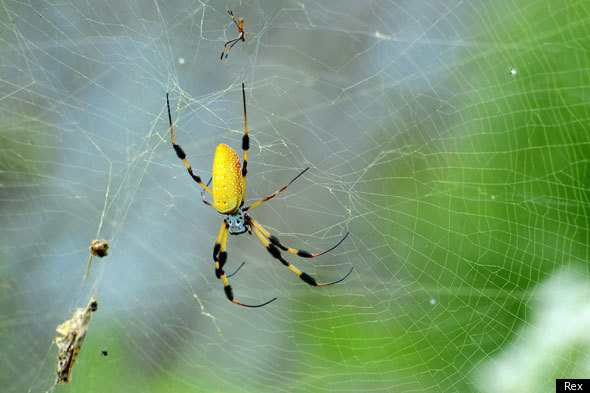 Dissolving Self by Maziar Ghaderi