Made by the french and young designer Mattis Ensault, “Ondule” is a prototype of a lounge seat which is a visual translation of digital sound as the undulating texture represents waves and frequency. the textile is pulled over a solid base and attached along a predefined weft. 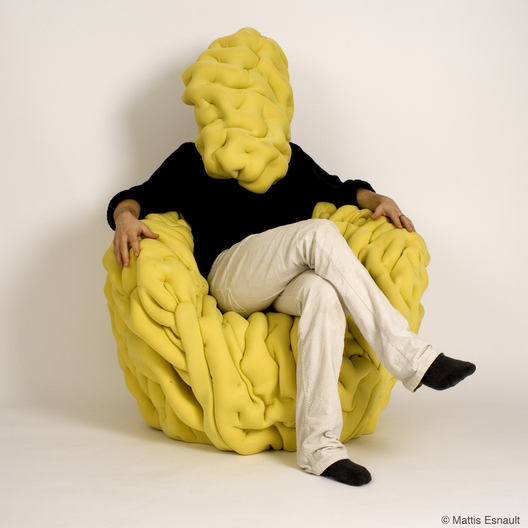 Stemming from reflections upon the universe of audiovisual, and more generally upon digital technology, this project is inspired by some strong images which emanate from it. How to make this virtual world pass into the material world and the universe of textures, or how to evoke a livened up surface by means of the supple material?

A skin came to cover the seat. This work of quilting gave birth to a surface that seems to liven up and follow undulations.

The texture, consisting of foam doubled by 3D textile of the Kvadrat brand, becomes dynamic and brings a relief to the surface which catches and reflects light everywhere on the seat. The initial reference to the digital technology then lets appear an organic aesthetic, that the material revealed.

This project was born in the context of a call for VIA projects (Enhancement of Innovation in Furniture) at the French schools of design, to create a piece of furniture. 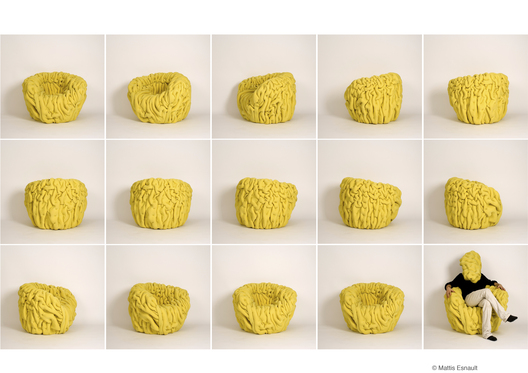 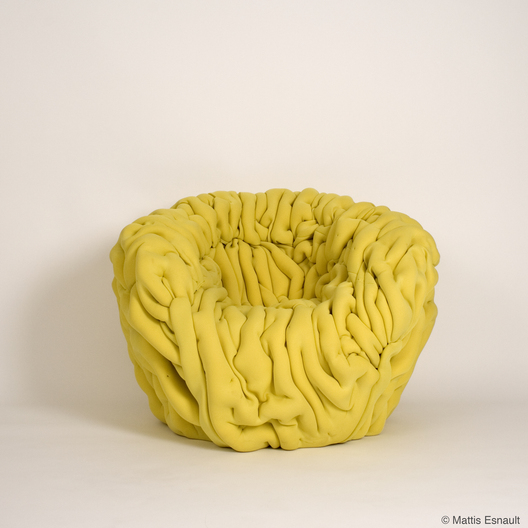 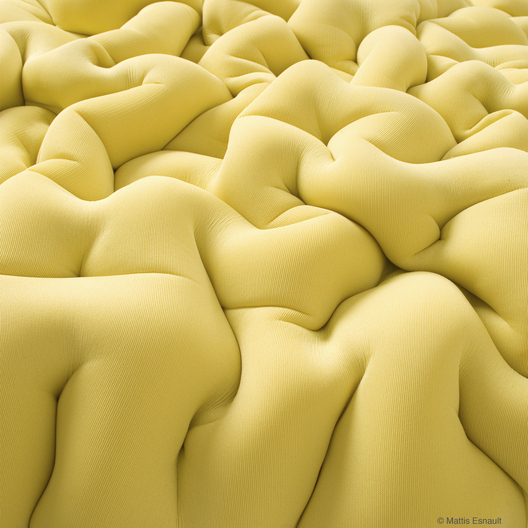 FUTUROTEXTILES AWARDS 2012 : ‘Share your dreams and your creativity with the textiles of the future’