The Early Winter Night Biking Gloves aim at augmenting established movements while riding a bike with a layer for personal security. 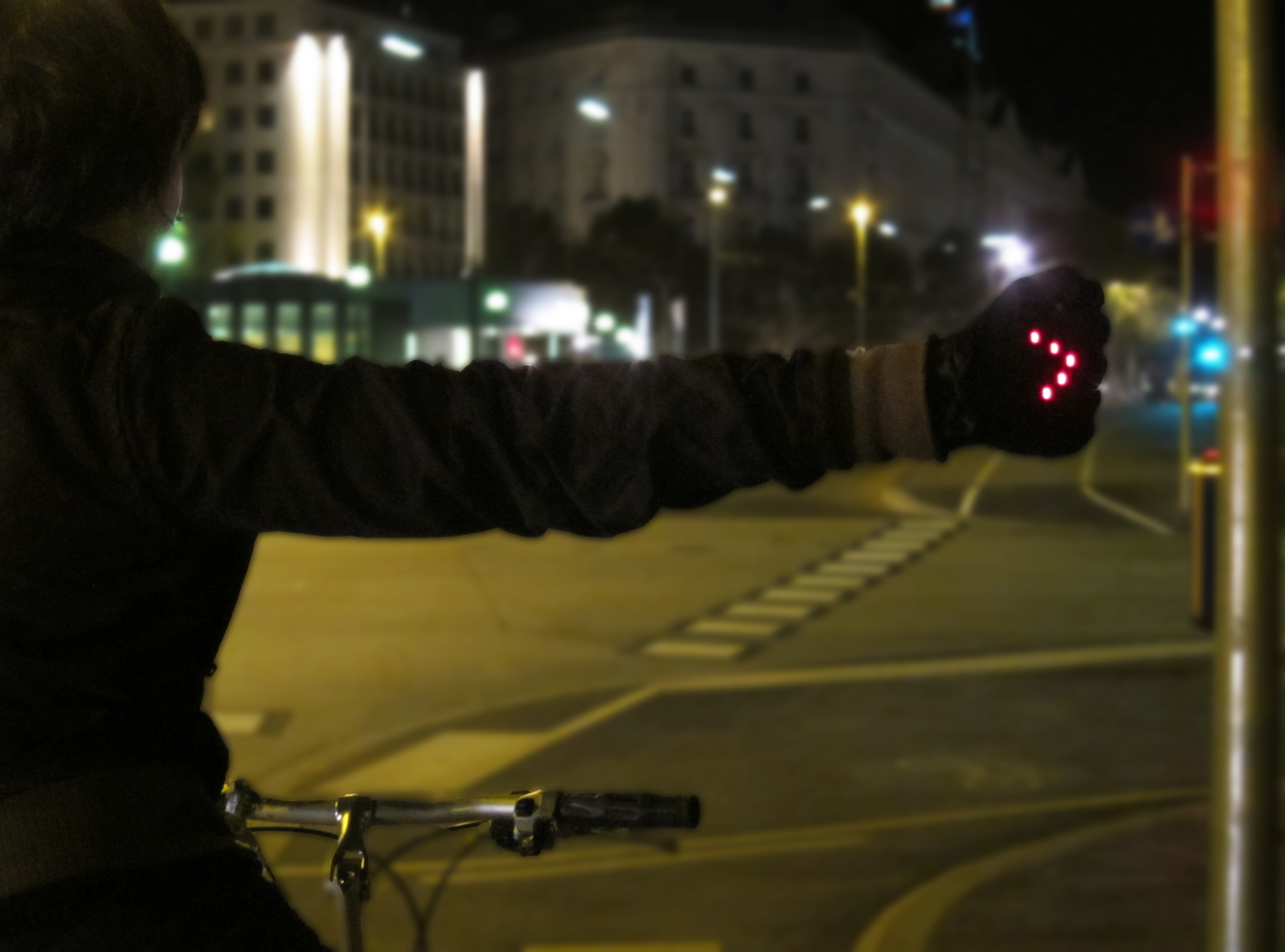 Raising visibility is a big issue for urban bikers. The Gloves aesthetically and functionally translate this need: Winter nights come early, thus there is more need for extra lighting; at the same time it is cold, so wearing gloves is necessary anyway. Preserving the look and feel of normal gloves, LEDs showing a turn signal light up when the hand is stretched out and a fist is formed are a strong signal for following cars.

The Early Winter Night Biking Gloves consist of knitted wool gloves having conductive areas on each fingertip as well as on the palm of the hand. When forming a fist they close an electric circle, causing the LED-arrow at the back of the hand to light up. A 3V coin cell battery needed to power the LEDs is hidden in the cuff of the gloves.

In the design process it was important to me to keep gestures to turn the lights on as natural as possible and the technology behind it just as complex as necessary. I experimented with a few interaction scenarios (you can see some examples here). Choosing gloves as the basis allows to have the signal actually at the further most extension of your body, being for following cars not just an indication that you are turning, but also what distance they should keep from you. Also, risks that the signal is covered by a backpack or similar, as possible when directly mounted in a jacket for example, are kept minimal. 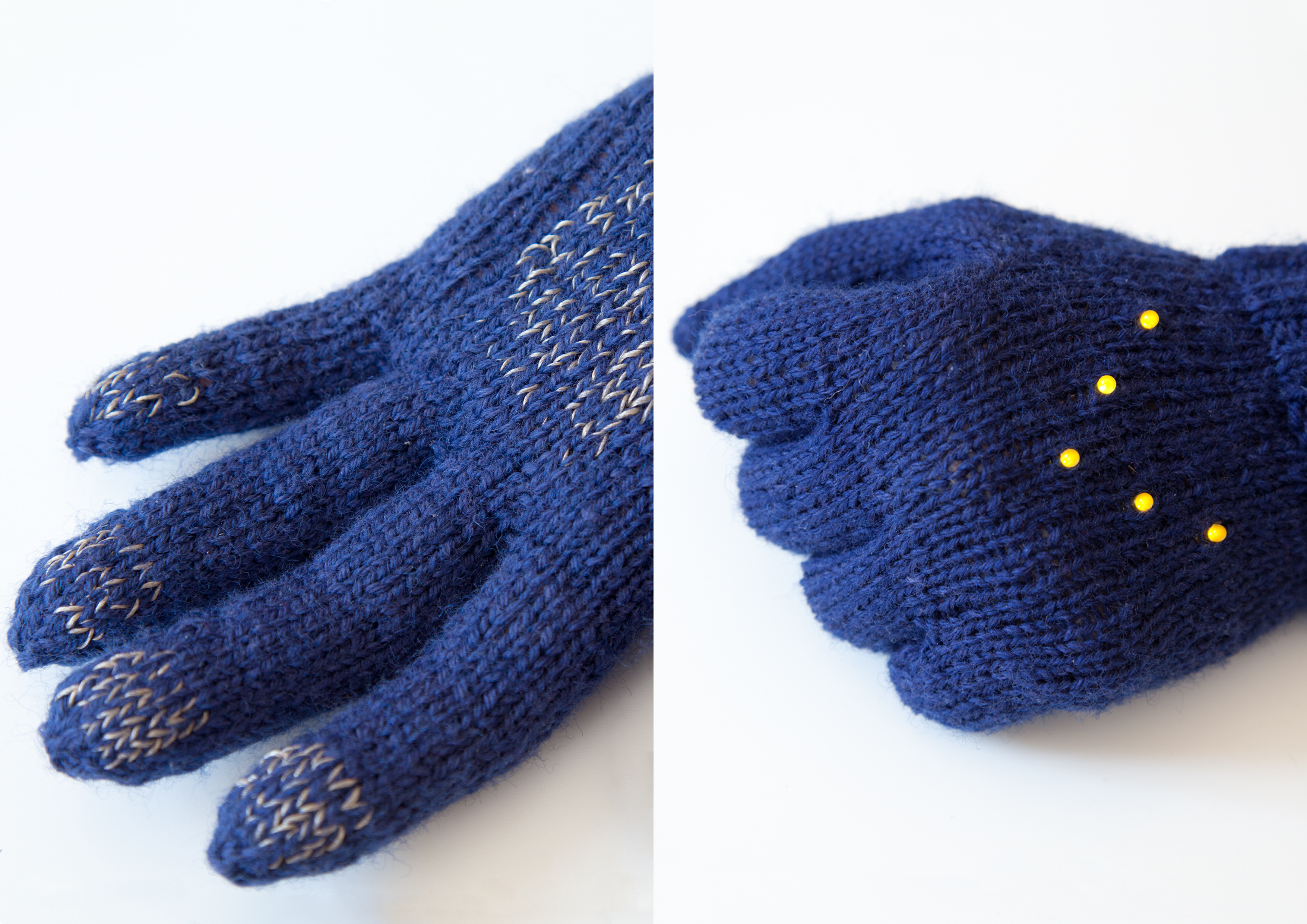 Additionally to increasing the safety of cyclists, conductive areas on the fingertips also allow to use your smartphone while wearing the gloves. 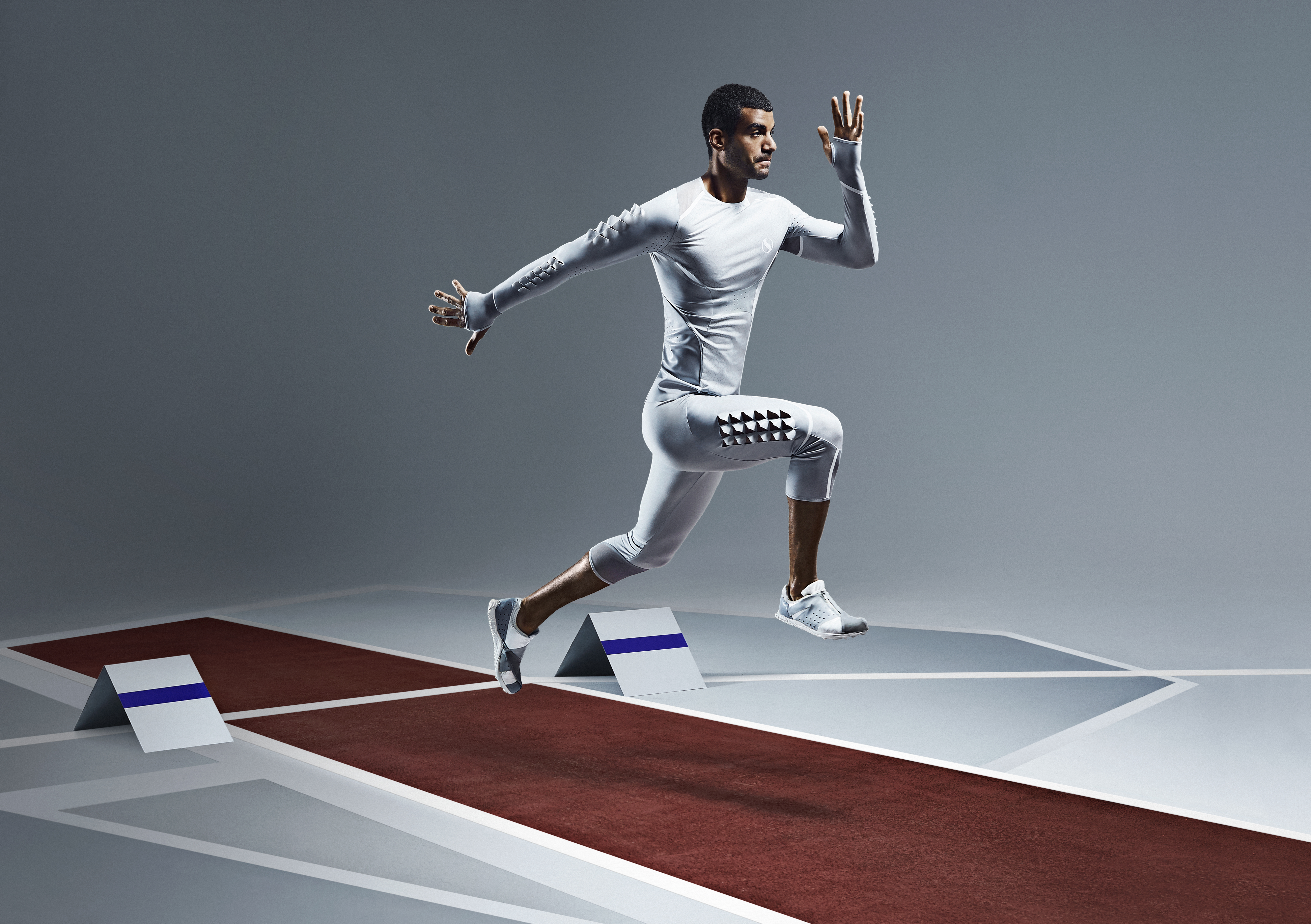