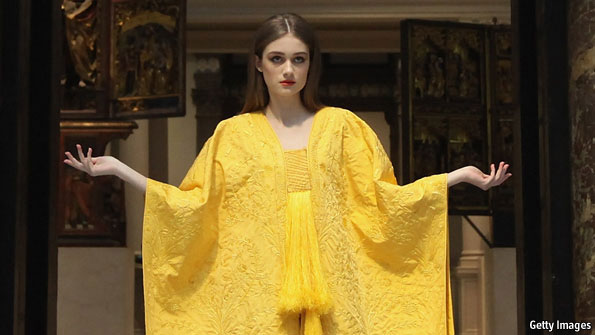 If you live in London, I encourage you to drop by the V&A to check out two garments, a shawl and a cape, woven entirely from spider silk.  1.2 million Golden Orb spiders were employed to create the beautiful cape on display. The cape itself is not dyed; the golden color is the natural hue of the spider’s silk.  The garment took over 3 years to produce and 80 people to weave and embroider.

The project was the brainchild of American fashion designer Nicholas Godley and British art historian and textile expert Simon Peers.

The material is extremely strong and incredibly light. And as Godley himself describes:

“The cape itself is like an invisibility cloak, you almost wouldn’t know you were wearing it, and it has this mystical, ephemeral quality, just like a spider’s web, but also a permanence.”

FUTUROTEXTILES AWARDS 2012 : ‘Share your dreams and your creativity with the textiles of the future’