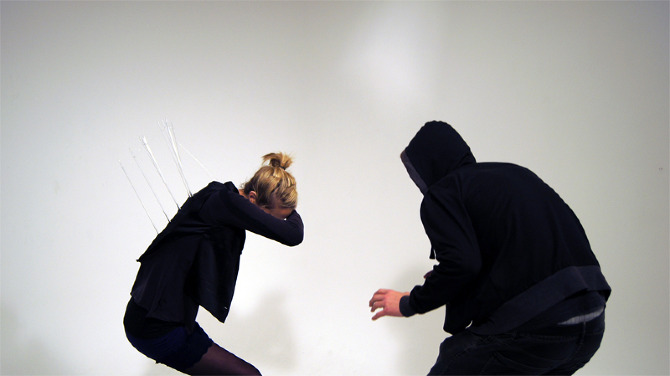 With “Predator Instinct”, media designers Ruby Romanos and Joshua Maessen give the concept of “protective” clothing an anthropomorphic spin. Embellished with illuminated flashing quills, “Predator Instinct” allows the wearer to respond to a potential threat by mechanically raising its quills in a show of power. The defensive mode is activated when a wearer extends his arms for battle or crosses them against his chest for protection. 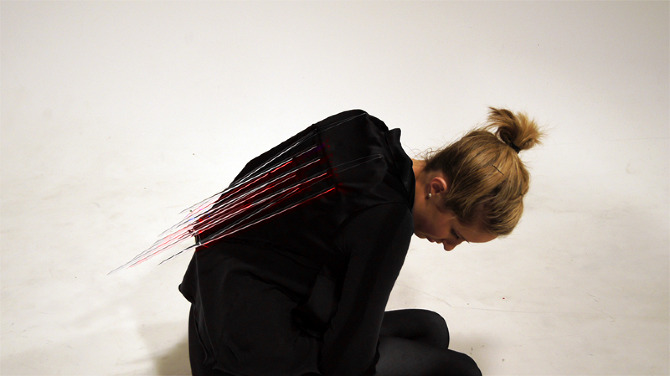 In addition, the spikes flare in an ominous red color that deepens as the predator encroaches.

The garment includes a ultra sonic sensor, a matrix of RGB LEDs, and an Arduino Lillypad.