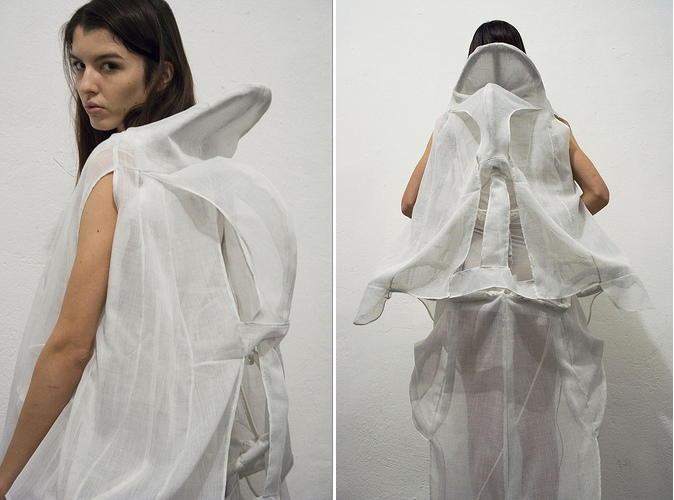 Designed by  Laura Malinverni and Cora Belloto, GUSHO is an electro-mechanical dress that reacts to increasing levels of electromagnetic radiation.

For example, a call from a mobile phone emitting RF radiation triggers the dress to physically transform, conceptually behaving as a protective shell for the wearer.

The project reflects on the invisible impact of technology on the environment and the body.

Gusho is developed using an Arduino, a RF sensor and a compressor that inflates the bicycle tubes used to structure the garment. A tutorial of the construction including the Arduino code is nicely documented here.