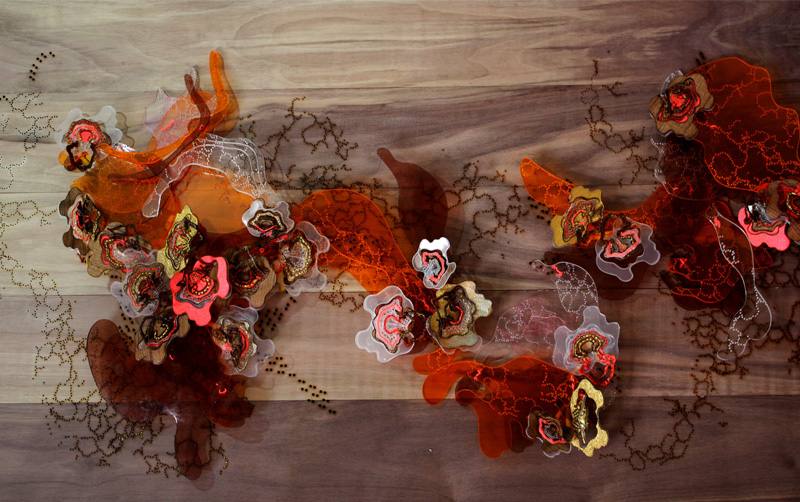 Typically when “movement” and “kinetics” are discussed in architecture, they reference either the the movement of the observer through and around buildings or the change in the appearance of the building itself altered by environmental conditions, especially light. Thereby kinetics historically have played a rather passive role.

With the advent of cheaper display technologies and rise of computational technologies, kinetics in architecture has shifted from a previous passive  to a more active “intelligent” and “informational” role.

Media facades, such as the illuminated advertising displays, in places like Times Square, the Las Vegas strip and Hong Kong are the easiest examples of kinetic informational skins. But these media skins are often visually polluting and, at best, serve as decoration. 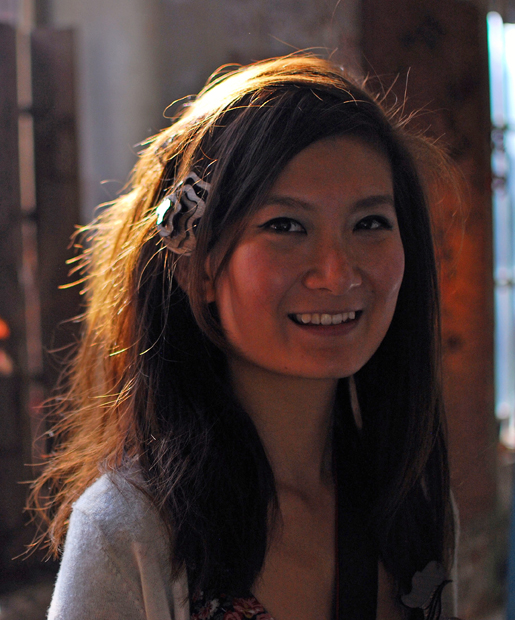 Moving beyond media to intelligent facades, designer Elaine Ng Yan Ling offers an alternative materials-based approach that borrows the vernacular of movement and design from the natural world. Her recent work “Techno-Naturology”  explores the the possibilities for dynamic and responsive architectural membranes that adapt to changing environmental conditions.

I recently caught up with the talented young designer to learn more about her work that she is showcasing this week at the UK China Art and Design Festival (UCADF).

FT: Can you briefly explain your work “Techno ‘Naturology’” and how you see your work and research impacting your own practice and the field in general?

‘Naturology’ is a hybrid word that combines nature and technology. Techno ‘Naturology’ means using artificial technology to activate and stimulate nature’s technology in order to create tectonic movement.
Within the context of techno ‘Naturology’ the definition of tectonic is when the behaviour of nature subtly weaves back into the urban landscape.

The movement of the textile becomes an exchange between the urban space and its environment, resulting in architectonic movement. The vision of  ‘Naturology’ tectonic movement is not just about mimicking the behaviour of nature but adding a sense of fluidity and functional responsiveness to the architecture, facilitating it to complement and harmonize with its environment.

Techno ‘Naturology’ has developed into two scenarios and both capture the relationship of natural movements within time, seasonal change and atmospheric conditions, which refer to a constant state of flux: Seasonal Dreamland Architectural Conceptual Collection and Alive Furnishing Collection.

The scenarios above provide room for future possibilities of architectural development when the technology has improved. The scenarios are not just blue sky thinking, but with a technological support behind it: how each movement can turn into a data indicator to indicate how the environment has changed. 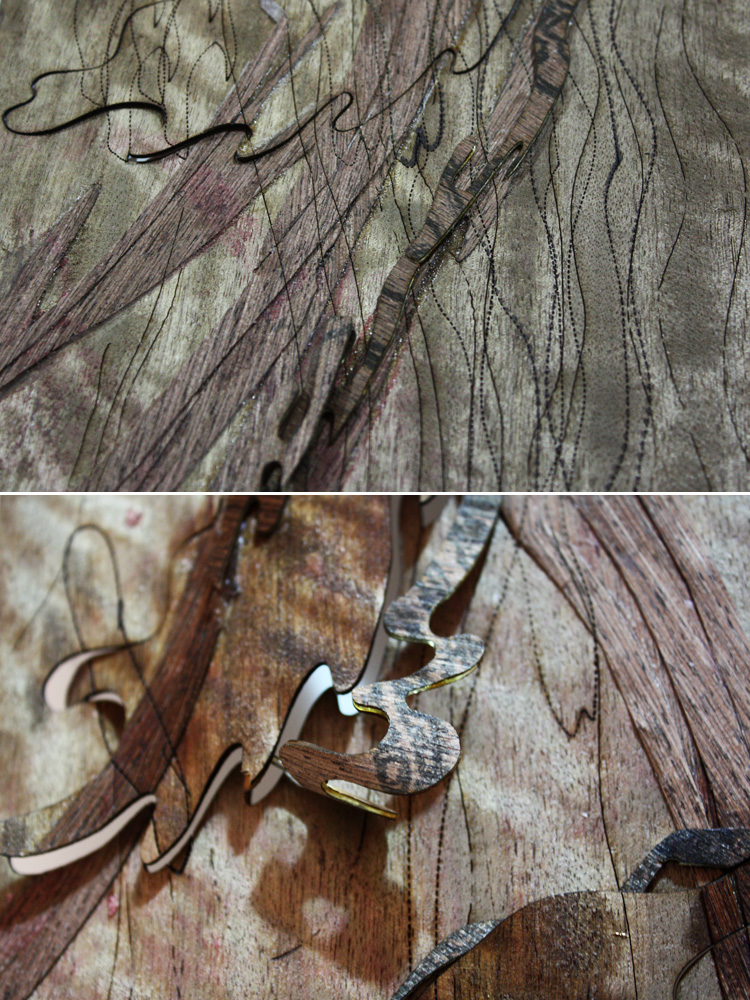 FT: What is the role and relationship between craft and technology in your work?

Craft and technology together can provide a new perception of what fabric can be, one with its own intelligence. I would like to promote the idea that textile should not be seen just as fabric, and fabric should not just be soft.

Initially I was more interested in developing a new process and technique of creating a new material combination, using craft to bridge the unfamiliarity of smart materials. As a smart material textile designer, I believe the most important part of design is to provide a function and not merely concentrate on its decorative appearance. 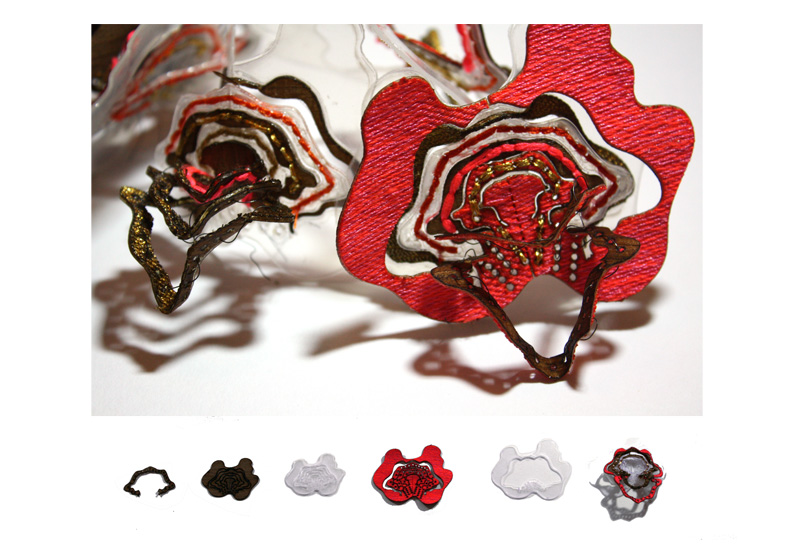 Although my work might appear to be very decorative, there is an extensive amount of scientific research and experimental investigation to support the design. Craft and bright colouration that is used within my work is to cancel how typically people would relate electronics with robotic appearance/behaviour.

I would like to communicate to the publics that delicate hand craft can also be associated with smart intelligence. I would like to think that my work is able to be attractive at first sight and the intelligence (interactivity) is a hidden surprise.

FT: Your explorations fuse wood with smart memory alloys to create kinetic architectural skins. What role do you envision kinetic skins playing in the field of architecture in the near future?

Amongst the newly designed architecture, fabric, wind, sun and light is considered and widely involved within architectural design. As a personal thought, if a building cannot be integrated within its surroundings it would only be an object that is misplaced.

…If a building cannot be integrated within its surroundings, it would only be an object that is misplaced.

If, just like nature, part of the building can adapt to the change of each season and blend within its surrounding, it would allow the façade to last much longer and hence be more sustainable. 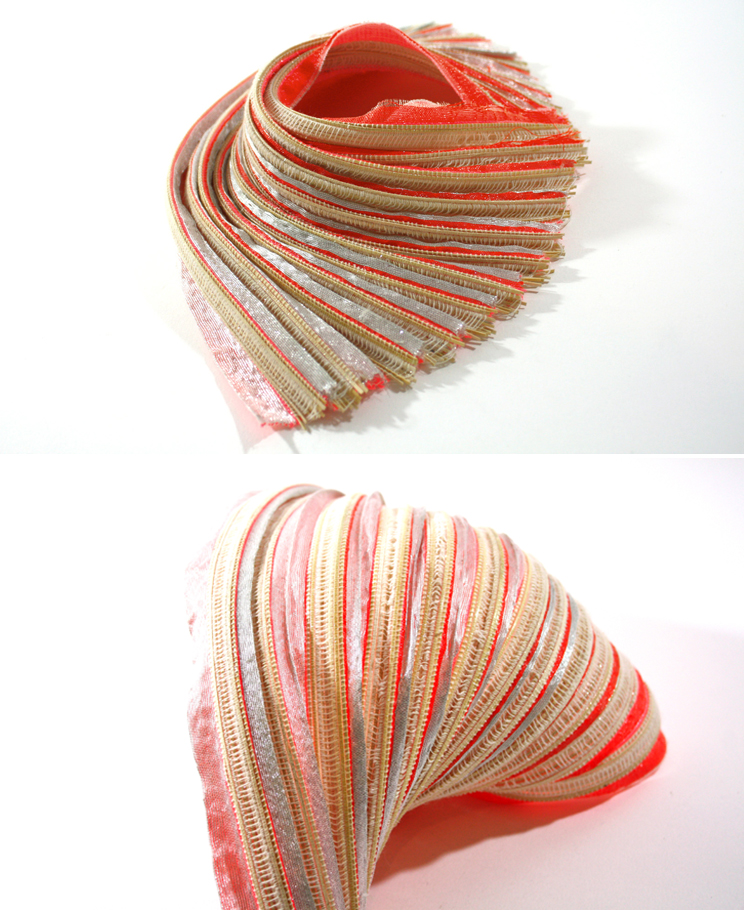 FT: Technology changes so rapidly and tends to have a short shelf life. How do you reconcile the paradox of sustainability when you begin designing technologically-based materials for architecture? Can “smart” skins really be sustainable?

Yes I believe so. I define Naturology smart skin as a material with intelligence and composition consisting of living material such as wood.

This particular composition allows the skin’s appearance to constantly evolve. This provides a concept of constant renewal to the building. Naturology collection uses technology to celebrate the ability of nature, instead of using current technology to control the surrounding.

FT: How can technology animate space?

Within Techno Natourology design, technology is only acting as an assistant to natures’ behavior. The technology is designed to amplify nature’s micro movement.  From my personal view, technology should not dominate over our way of living and the living space as it could become generic and lose personality within design.

But on the other hand, I  would like to reintegrate nature back into our daily living. Within my design principle: sunlight, temperature and humidity are the technologies which animate space. The material combination allows the technology that I use to encourage the wood veneer to respond much quicker and in a more evident manner. 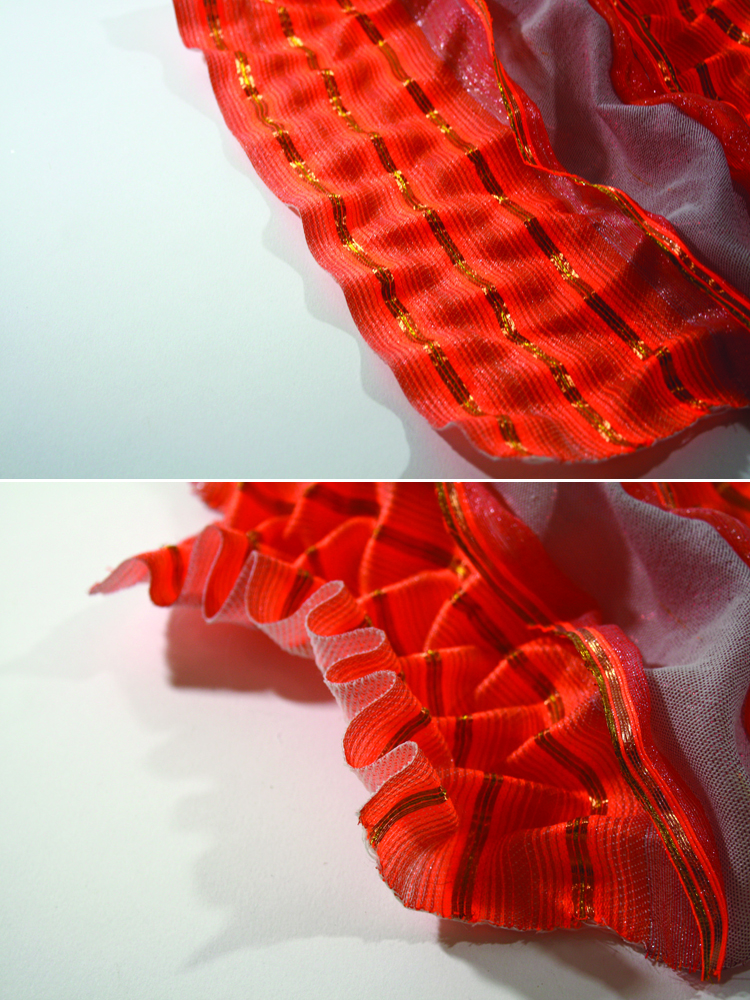 FT: Do you envision future architectural surfaces being embedded with computational intelligence and driven by data? Do your kinetic experiments involve the use of sensors?

I do envision that future architectural surfaces would involve the use of computational intelligence. For example, computational design can help to improve heat condition within the building.

[In my work] I end up using computation to script my own choreography through my observation of how a plant has been growing. [Computation] turns the design from just an output data into an interactive design with input and output data through the use of a proximity sensor and humidity sensor.

FT: Watching the beautiful video of Techno Naturology I feel like you’ve created these new architectural “organisms.” Were your intentions to imbue architecture and furnishing with anthropomorphic qualities?

Yes, as the collection is entitled Naturology design. The design principle behind it is to use the intelligence of nature itself (as veneer itself can naturally respond to the change of humidity and temperature). Hence the collection pieces are responding like nature; unfolding itself in an organic way.

If this can be applied within architectural and furnishing design, this can bring natural animated space closer to human’s living environment and fight back to the computer dominated world! 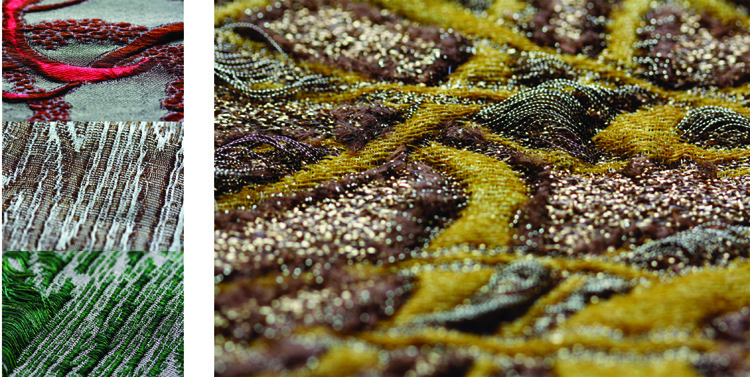 FT: What are you currently working on and what ideas would you like to explore in the future?

Currently I am preparing for two shows one of which I will be launching my new collection:  Techno Naturology_ Wooden Velcro and the piece is entitled the Velcro Chain.

This collection is a continuation of the ‘Naturaology’ design composition. Within this collection, I create a ‘Velcro Chained System’  a flexible modular system that reacts with various light, heat and humidity.

This piece will be on the exhibition of Material Explorations: The Investigation of New Materials in Craft and Design in Harbor Front, Toronto, Canada .

Further more I am also preparing for the show – i FABRIC. EUROPEAN TALENT exhibition at the Audax Textielmuseum Tilburg (Netherlands).

Within this exhibition, I will be exhibiting the “Breathing Grain” as well as woven balsa wood collection with shape memory polymer/ yarn. These pieces are experimental prototypes using jacquard weaving with a triple cloth technique to achieve tectonic surfaces without computation.

In the near future, I will continue to develop the Wooden Velcro collection in larger scale that can both involves electronic and certainly need to collaborate with engineers in order to develop into a more sophisticated circuit.

For improving the circuitry, I would like to investigate aluminum etched circuits to develop circuits that can be thin as paper and very flexible.

Currently I have been concentrating on using crafting techniques to embedded electronics in small scale and I really would like to apply these into a larger scale architectural spaces or even a furniture surface.

I would like to collaborate with more furniture makers, and material developers as well as computer engineers.