Tacit: Sonar Glove for the Blind

Tacit is a “Hand-Mounted Haptic Feedback Sonar Obstacle Avoidance Asstance Device” that measures the distance to objects and translates that into pressure on the wrist.

An electric tambourine that is completely powered by the playing of the instrument. Yellow LED lights on the jingles light up when the corresponding piezo is rattled. The harder the tambourine rattles, the greater the voltage generated by the piezoelectric elements and thus the brighter the light. If the tambourine is rattled with enough force, blue and red LED lights on the band also light up. Thus, the player can both hear and see the music generated by this instrument. 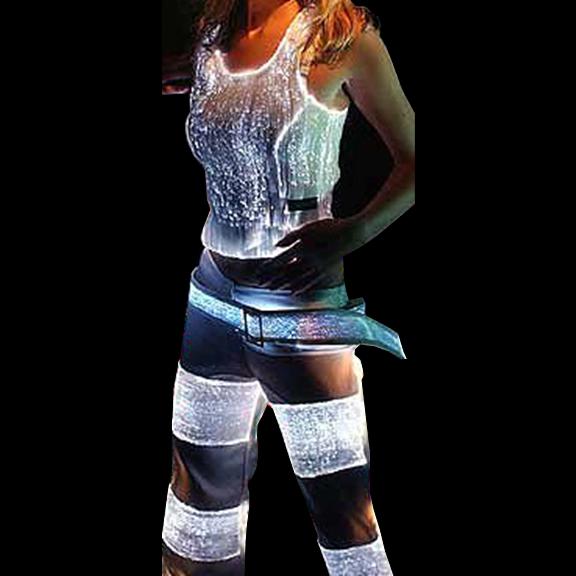 Get your glow on with Lumigram’s fiber optic pants

THE NEXT IDEA: ART AND TECHNOLOGY GRANT

The Power of the Mind: Five Amazing Projects Controlled With Your Brain