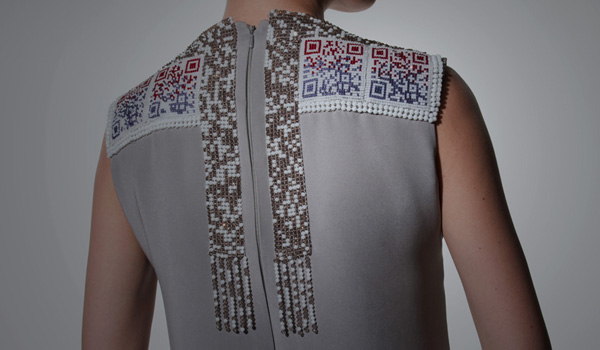 Integration of QR codes with fashion by early industry adopters, such as Marc Jacobs, has predominately been motivated by marketing initiatives. Marc Jacobs had his own “cute” take on the design of the QR code itself and plenty of makers and artists have used the stark black and white graphics as patterns in garments. 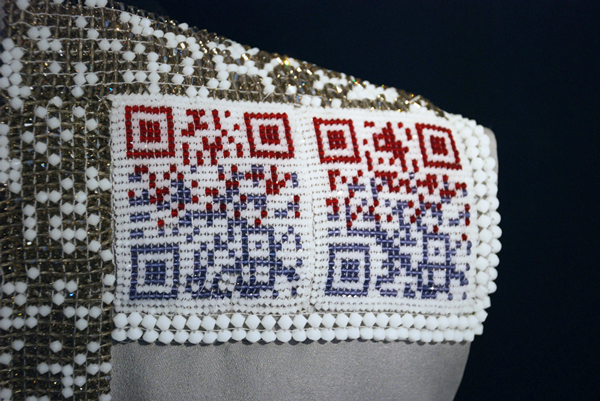 Thorunn Arnadottir has given the geeky QR code a tribal spin by beading the graphic using  Swarovski crystals. His project QR U? uses the tribal style in reference to social networks that are often considered to be “online tribes.” 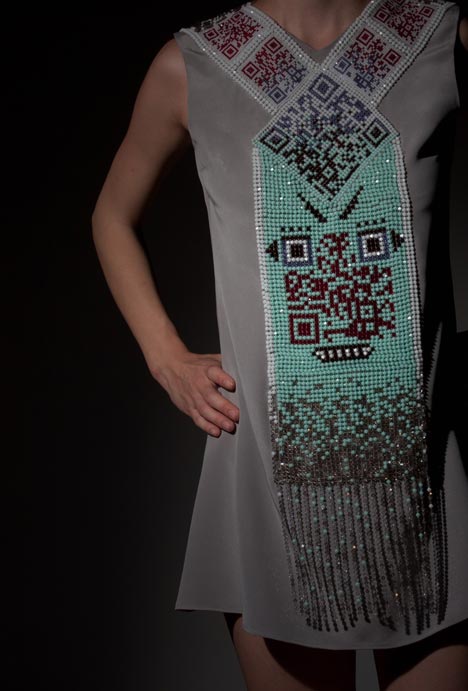 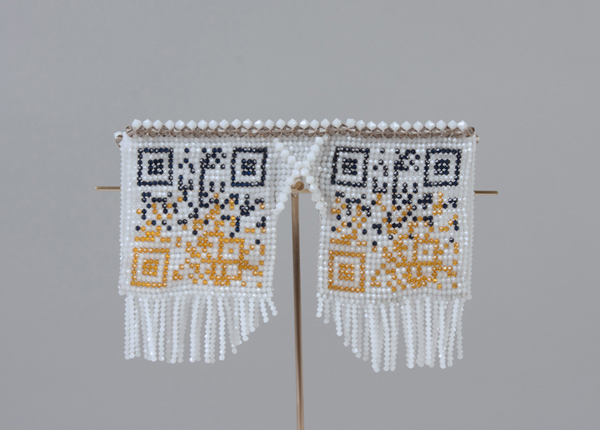 Beyond a unique aesthetic approach to the graphical QR codes, QR U?, consisting of The “Super Self-promotional Dress” and “Privacy glasses,” explores the notion of self promotion and personal privacy in today’s digitally networked environment.

Designed for Icelandic pop star Kali from Steed Lord, the “Super Self-promotional Dress” — when photographed — directs the user to the band’s music video and site.

The ‘Privacy glasses’ take on a more charitable flair by directing people to donate to a charity.