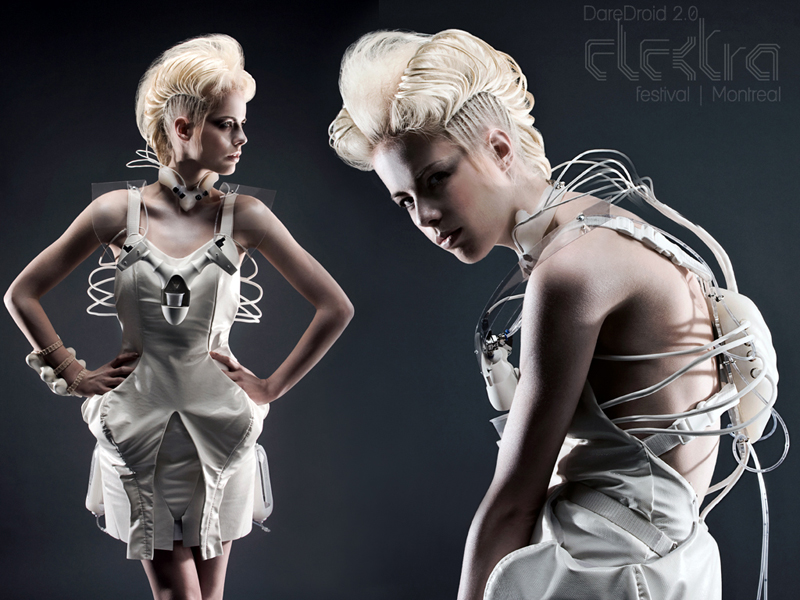 Designed by The Modern Nomads (MoNo), a team comprised of fashion designer Anouk Wipprecht, hacker Marius Kintel, and sculptor Jane Tingley, The DareDroid Cocktailmaking Dress is cinematic fashion at its best.The dress practically effaces the identity of the wearer using her body as its “host” and usurps the lead role in the theatrical performance.

Deliberately designed to entertain a captive audience, the human host and robotic dress perform together offering guests a cocktail in exchange for a personal and intimate information.

Using an inventive mélange of medical technology, custom electronics and sensors, the robotic dress detects your presence and kindly dispenses non-alcoholic liquid. But in order to get the additional shot of vodka, you will need to play a game of “truth or dare” (via the touch screen bracelet) while your friends voyeuristically observe. 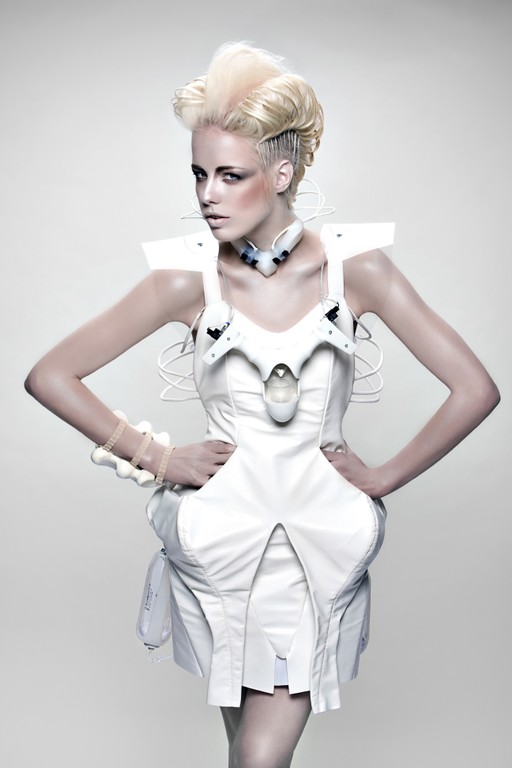 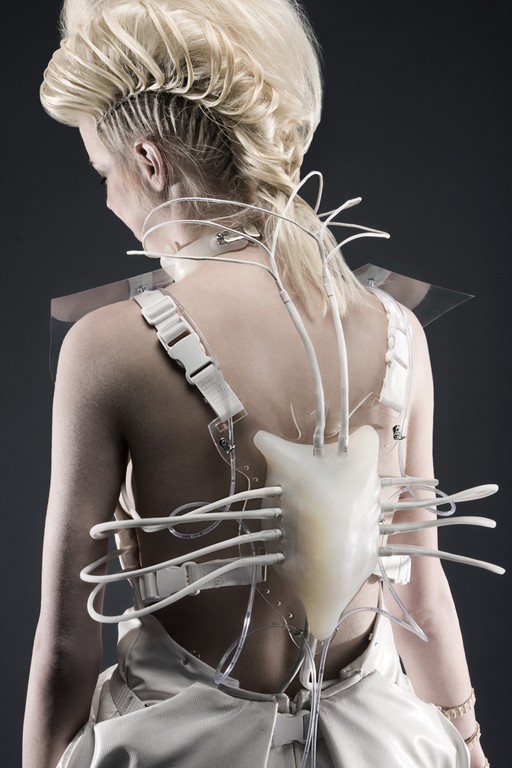 The extraordinary impact of the performance is largely due to the the garment’s other-worldly design and styling. The white, sculptural fabric appears, at the same time, clinical as it does seamlessly manufactured. The styling avoids the obvious tropes of looking futuristic or robotic. Instead it alludes to a “manufactured organic” and envisions clothing as an exoskeleton (with a limited nervous system) that covers bare human flesh.

Check out process photos on the V2_ site here and more images of the DareDroid 2.0 here.