Bloom is an interactive wearable that visualizes the emotions of human touch. Developed by students Alex Akopyan, Andrew Chang, Yeieun Jang, Priscilla Lee and Carol Tu at Simon Fraser University, the project is a poetic exploration that reflects the innately social qualities of wearables and their ability to shift relationships by use of ambient technologies. 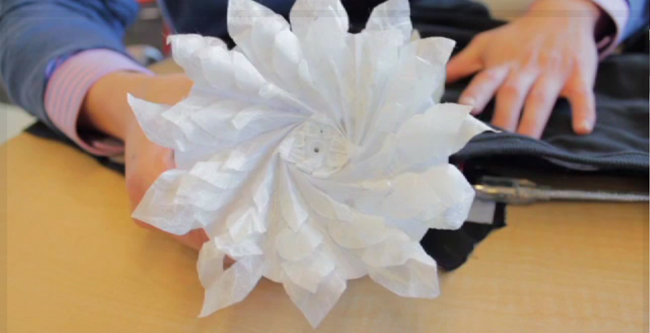 A historical reference to craft, specifically origami, plays as a great of a role in this project as newer sensor and computational technologies. The flower on the wearable is crafted from paper inspired by origami patterns and deployable structures.

The concept behind the project is rather simple: the metaphor of a flower blooming (opening and closing) is used to convey the sensation of physical touch. The sensors (force sensitive resistors) placed on the shoulders and back sense various types of touch: a pat, stroke, and a hug. When the touch is a loving caress, the flower opens. When it is an abrupt smack, the flower closes. 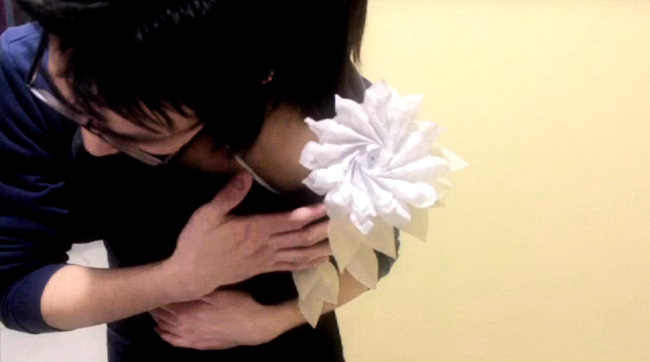 The intriguing aspect of the project is that it makes individuals accountable for their actions (you’re aggressive touch is now revealed for all to see) and the wearer rather vulnerable by physically displaying their emotions openly.