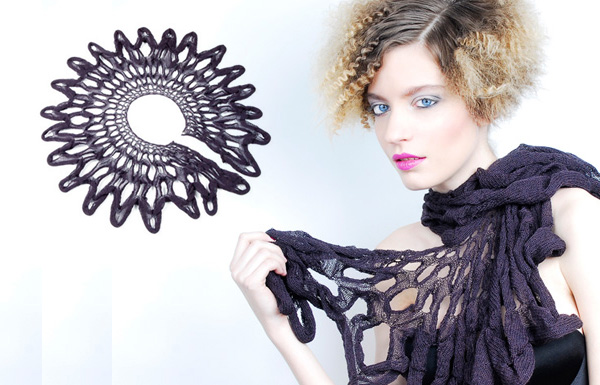 Diana Eng has recently released a set of beautiful scarves inspired by math and, of course, technology.

Light and airy in appearance, my personal favorite is the Fibonacci Scarf  knit using the Fibonacci number pattern. The delicacy of the web-like scarf is nicely balanced with a deep saturated plum hue. 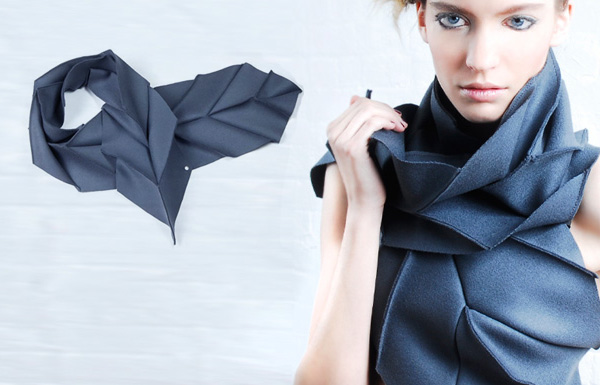 The geometric Miura Ori Scarf, inspired by deployable structures, offers more of an architectural look. Due to it’s unique design, the voluminous scarf folds up compactly. 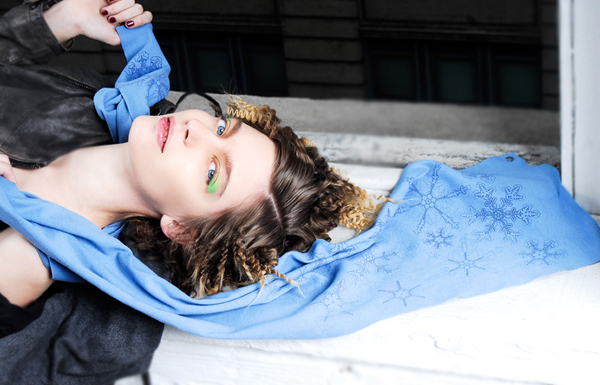 The thermochromatic Jack Frost scarf is more graphic in nature. When temerature drops below 65° F, the snowflake patterns on the scarf magically appear.

Although varying dramatically in aesthetics, technology is the common thread in the smart scarf mini collection. The collection is now available via Diana Eng’s online store.

The philosophers vest reveals the numbers that define us

Pillobot: The Softer Side of Technology

A Techno-view of the Traditional Latvian Crown

Hussein Chalayan at the design museum , interview with Alex Fury.