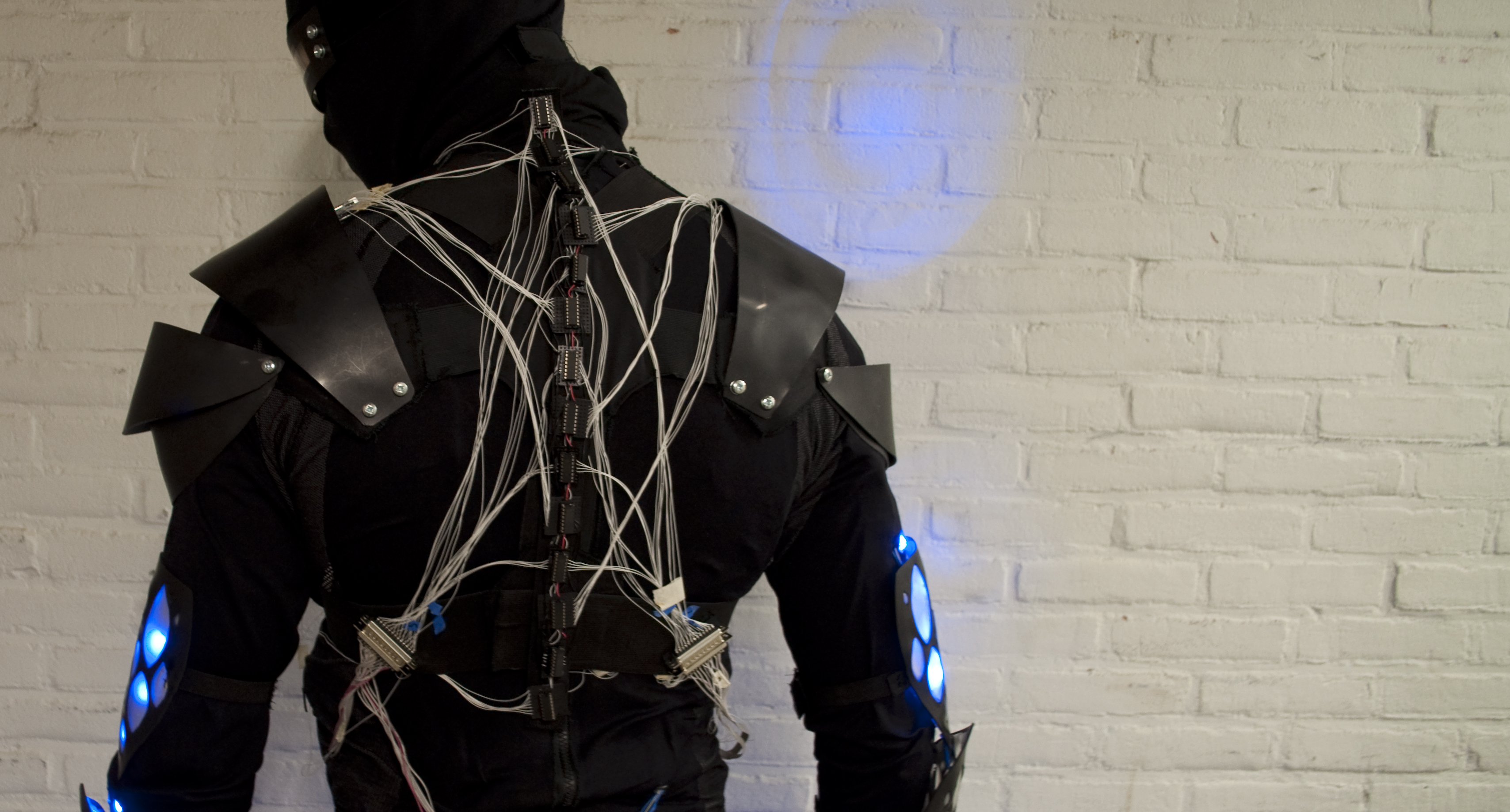 Four Industrial Design students from the Technical University Eindhoven, Marianne van den Akker, Joost Aanen, Koen Beljaars and myself, were able to direct a project in the theme of wearable senses aimed at experimenting with the combination of hard and soft materials and turn it into the development of a superhero costume. The costume was a representation of our explorations including the integration of technology in an aesthetically pleasing and ergonomically comfortable way.

We decided to use only one LilyPad Arduino to run the 260 LEDs and 52 reed switches which consequentially required them to include 7 input and 7 output shift registers. The integration of this amount of hardware influenced the design of the suit. The humanized aspects of the final design show a parallel between the complexity of the wiring and the complexity of the human spine. The Arduino becomes the heart, the electronic components become the spine and the light becomes the energy.

The superhero Axon is able to collect his light energy by swiping over an area of his body and transferring the light from that part of the body into an orb on his hand and releasing it by pushing it out in a burst of light. The photo above is the back of the suit and was the team’s way to celebrate the technology and intrigue the viewer. A short film was also made specifically as an introduction for the contest, please view the Axon trailer.

Being that the contest outline called for a superhero costume design each entrant wore their suit and presented its abilities during a live presentation. Audience voting occurred in the lobby following the presentation. This allowed for the audience to get a closer look at the craftsmanship that went into the construction of each suit.

Above is a photo of all of the super hero suits entered in the TEI’11 contest.