Novel Architecture is a project created at the High-Low Tech research group at MIT by students Jie Qi and Adrian Melia. It appears to be a continuation of an exploration in paper computing combined with pop ups that began with the Electronic Popables project.

Description of the piece from High-Low Tech: Inspired by origami, the folding mechanism in the walls and roof uses a series of angled pleats, which are mirrored on a smaller scale throughout the book. As you tug on a string of beads leading from one flower, the rest come to life moving like puppets using a series of strings attached to motors. The mural itself is drawn using conductive fabric and copper tape, which serve both as expressive and functioning traces within the circuit. Electronic components are also openly displayed and emphasized to explain the electronic workings behind the mural. 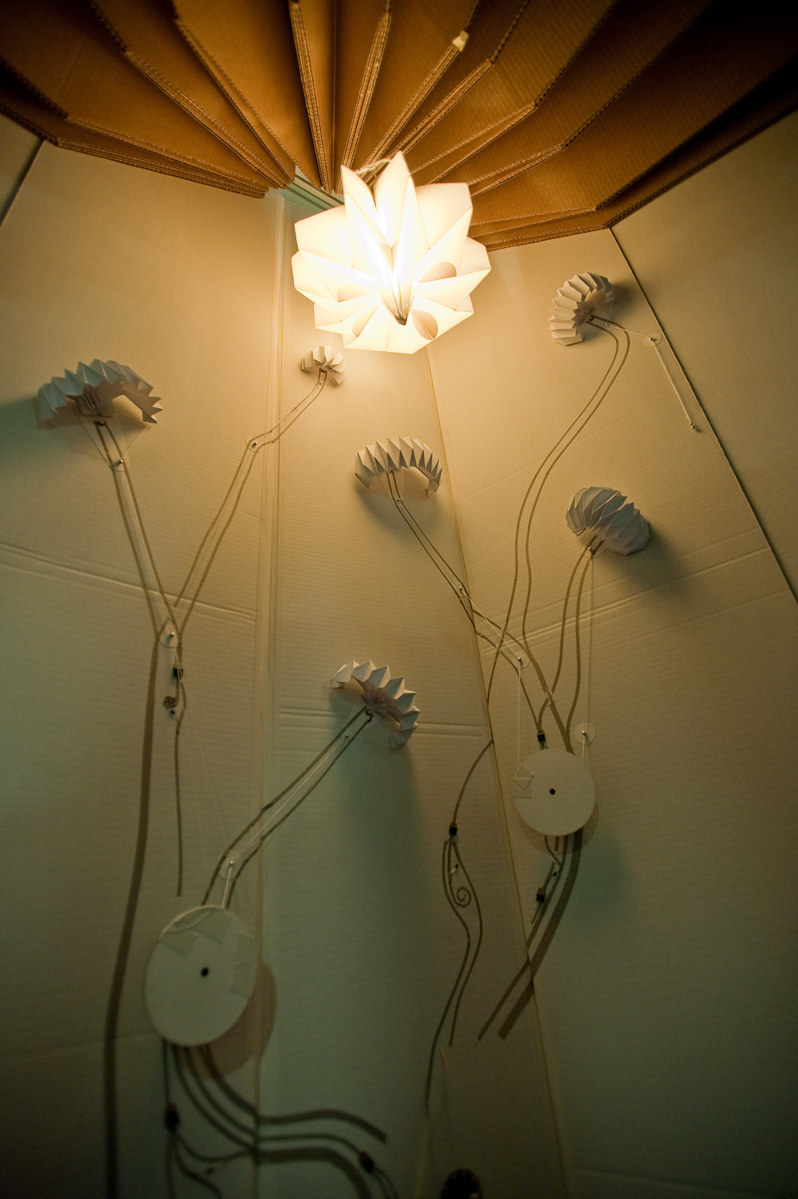 Photos by Brian Mayton
I had a chance to ask one of the creators, Jie Qi, about the process of making the pop up structure. It took about a week to design the mechanisms and form using small scale prototypes, and two weeks to construct out of hand cut 4′ x 8′ sheets of cardboard using an exacto knife and tape. 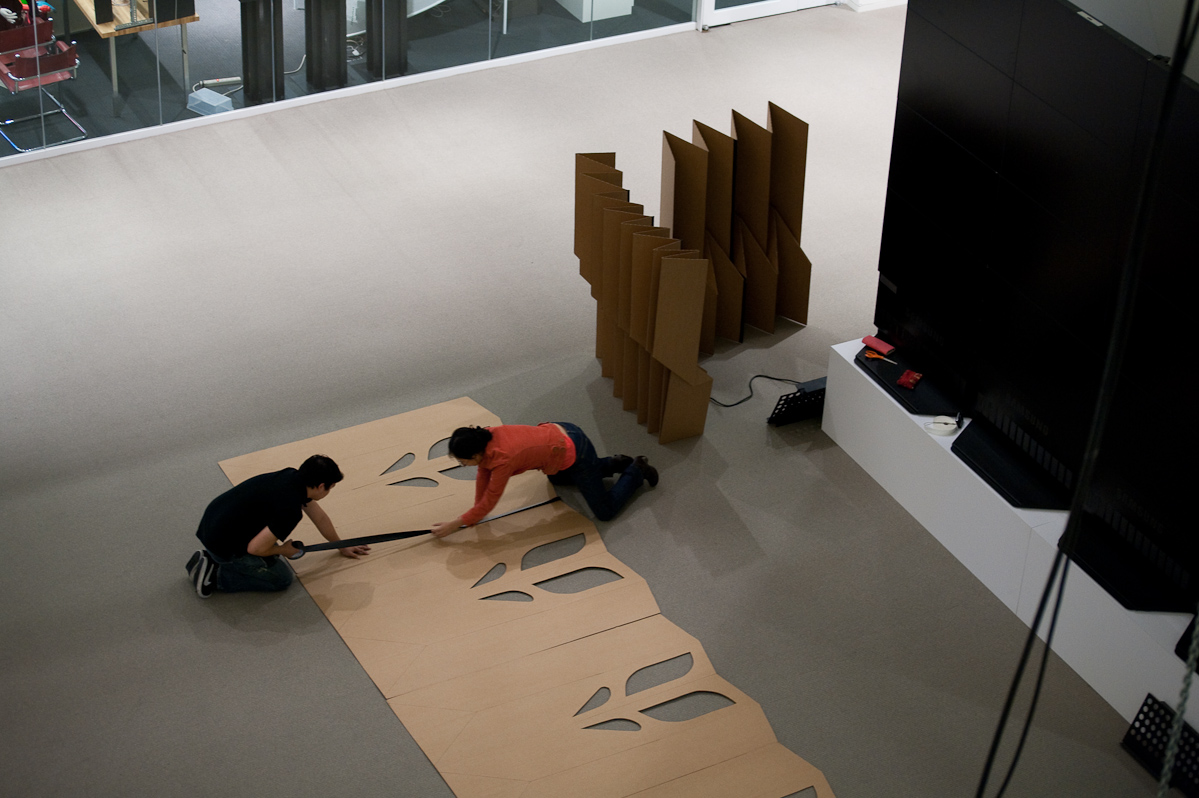 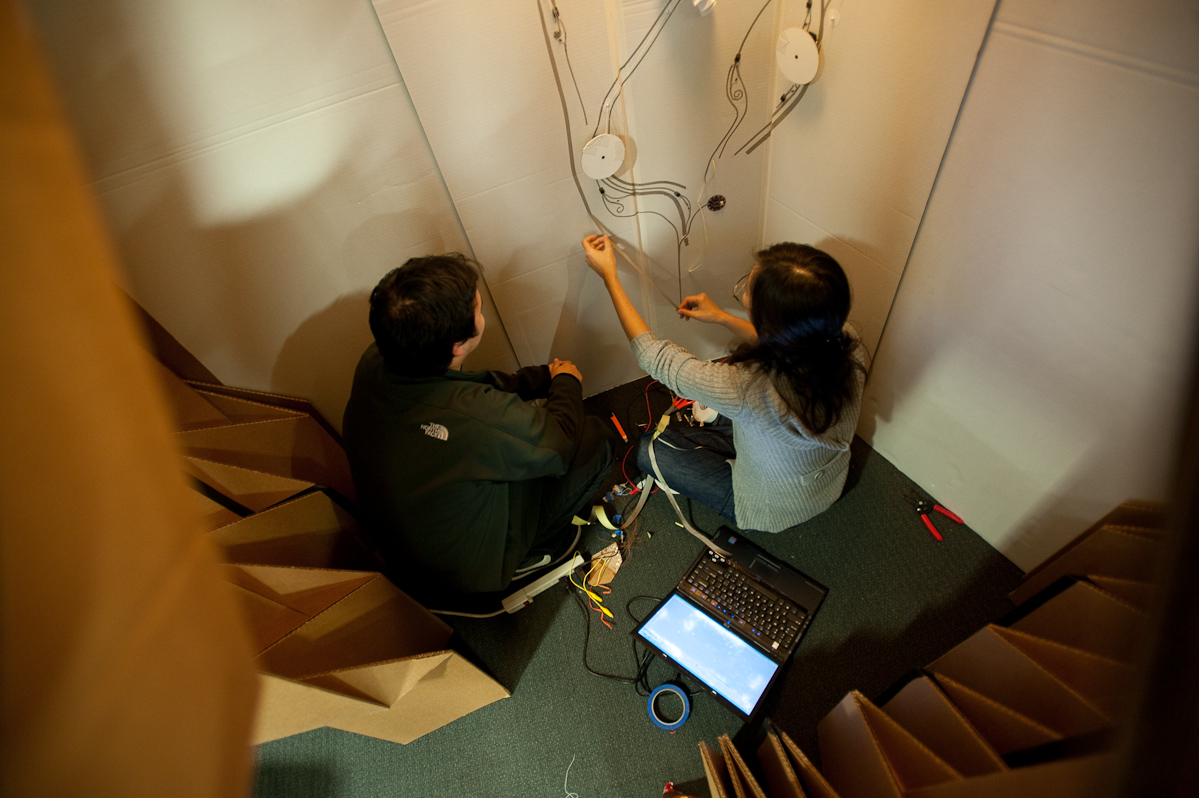 Jie also plans to create a small scale version of the project to demonstrate the mechanisms and “emphasize the effect that simply changing scale can have on an object.” Instructions will be published on the techniques used to build the project, in order for others to explore this unique craft.

Illuminated Fashion Coming to Market in 2011

Not to be Missed: Smart Fabrics Conference in SF