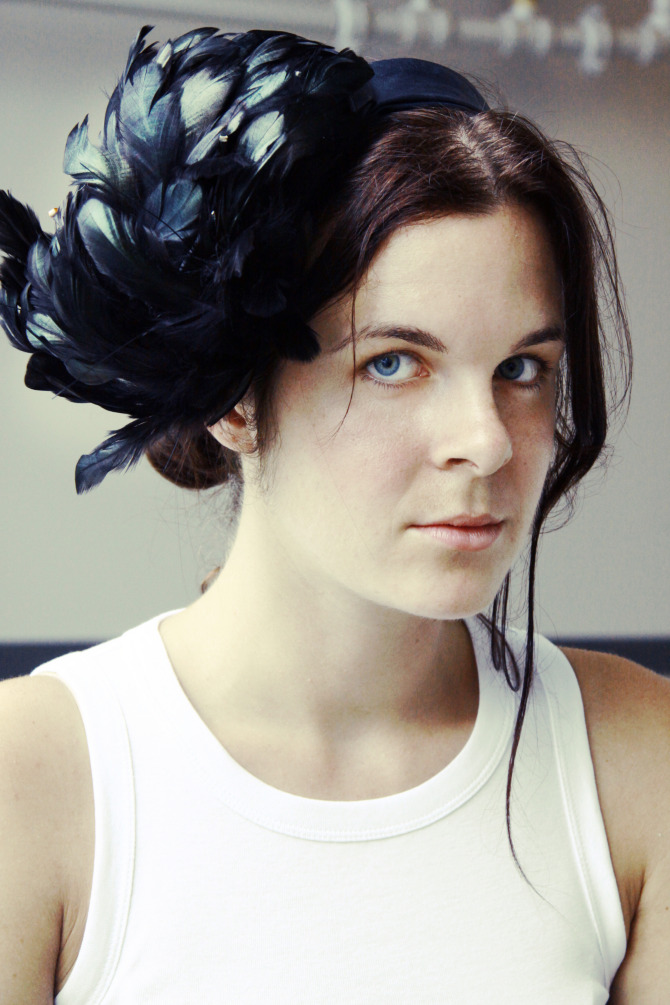 A fur stole that sprays scent; a purse with defensive quills; and a headpiece that ruffles its feathers — artist Julie Josiane domesticates the beast into fun and friendly fashion companions. Josiane’s anthropomorphic fashions, Arthur, Edgar & Cédrick, are emotional, aggressive, and, of course, protective creatures. They are easily excited, hate bright environments, and demand affection and attention in exchange for trust. 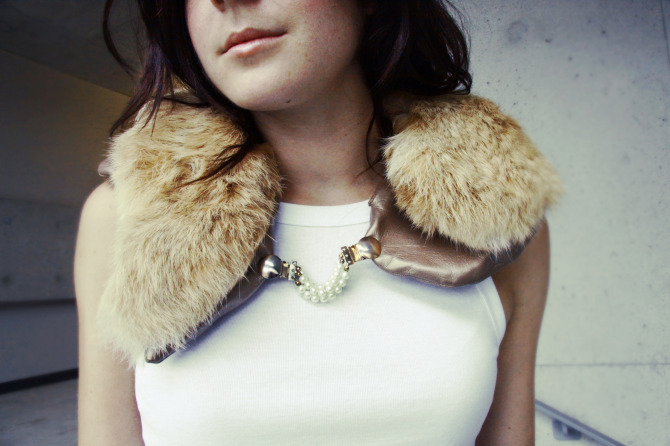 Cédrick, the fur stole, glows and purrs (soft vibration-derived heartbeat) when happy while he squeals and sprays his scent when threatened. 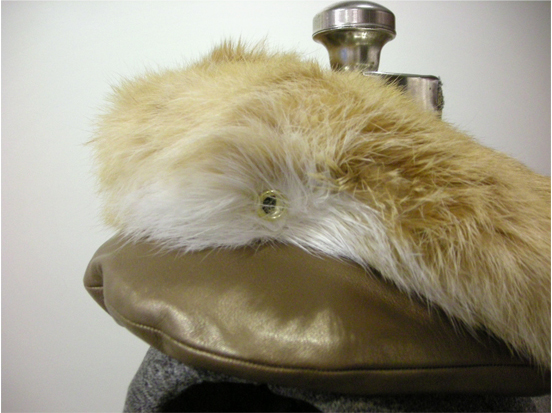 Cédrick sprays his scent when threatened.

Cédrick’s Story Cédrick, belonging to the small woodland animal family, is a very wary individual, constantly attentive to its surroundings and always prepared for action. Being considered most often prey in the beast’s hierarchy, it is not uncommon for Cédrick to be a very nervous being. Of course, little Cédrick strives very hard to become a calm and confident companion to its host, eager to please and keep him safe. 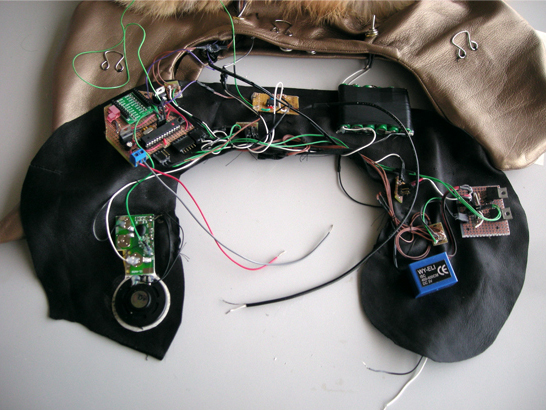 Edgar, the quilled purse worn along the waist, raises his sharp quills in defense when approached by a stranger. Using RFID technology, Edgar recognizes his companion and retracts to his cathartic self. 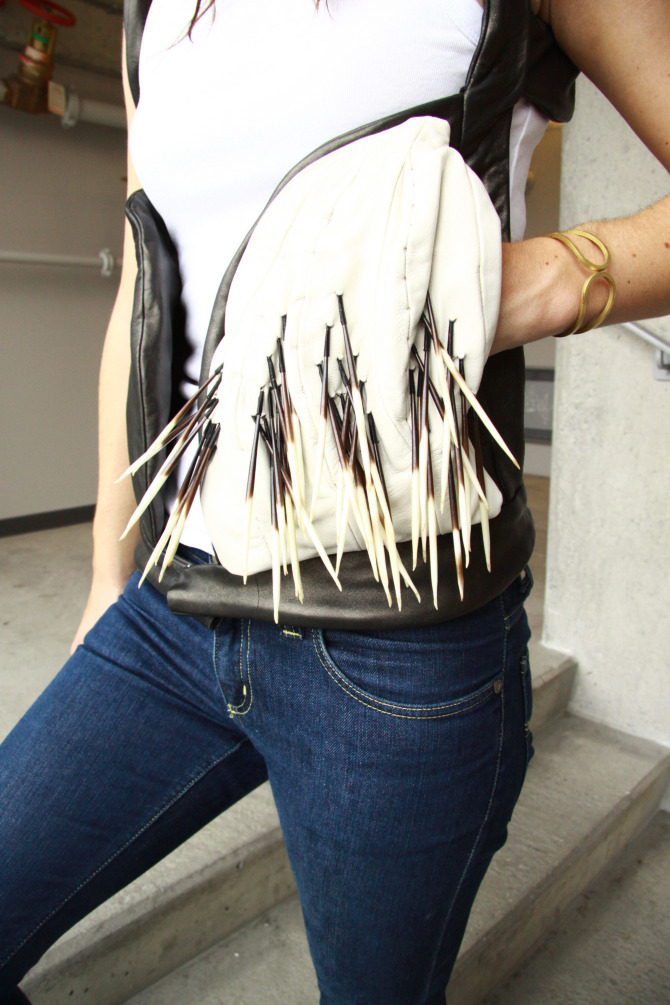 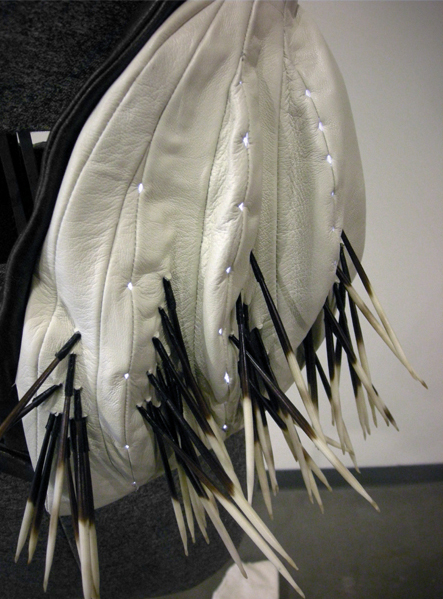 Edgar’s Story Edgar, a robust yet cuddly mammal, is considered to be a bit of a hermit amongst the community, preferring to rest and nestle soundly. Warm and sleepy, Edgar is often, very often, reluctant to mingle and respond to stimuli. He deals with disturbances by retracting into his protective shell and raising his needle-sharp thorns. However, as he is nurtured and cared for, Edgar will come to recognize its host simply by touch, making the reluctance dissipate and responses as immediate as possible. As Edgar is wholly loyal, possessions entrusted to him will be ever-so safe, individual touch being the only access recognized. 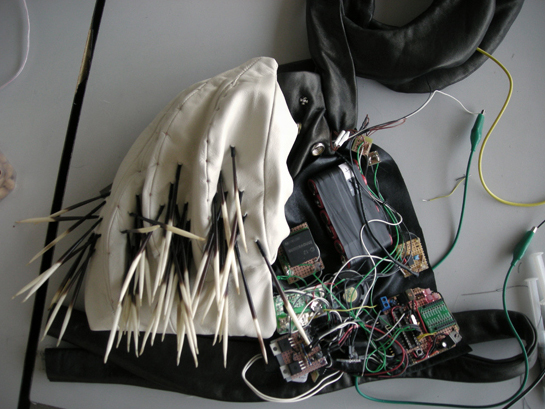 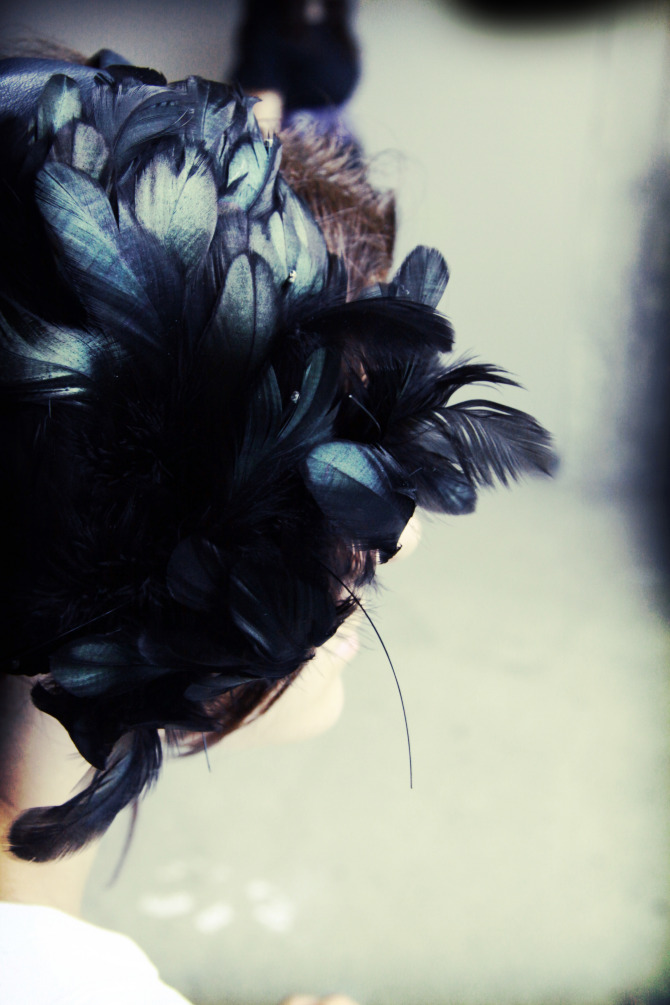 Arthur’s Story Arthur, a very elegant bird of prey, is considered by many the Alpha Beast, by way of its hunter nature. Constantly perched on high and always watchful, Arthur can strike fear into many with only its arresting pre-attack stance, becoming twice its size within an instant. It is rumored that Arthur can become as thin as the air itself when faced with danger. Arthur can be somewhat of an aggressive being, with its keen predacious manners, but be assured that maturity brings about control and self-discipline in this regal beast. 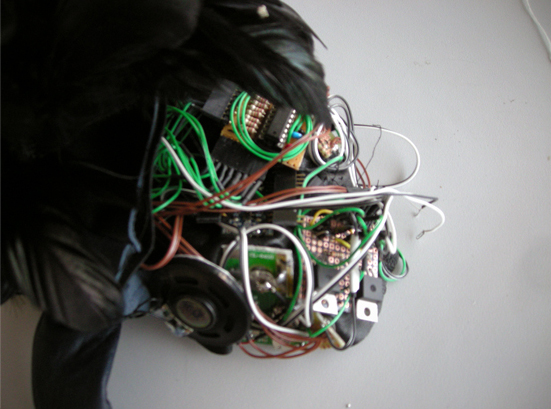 These excitable wearables though make provocative fashion pieces as they demand time and care from the wearer forcing them into a peculiar codependent relationship.