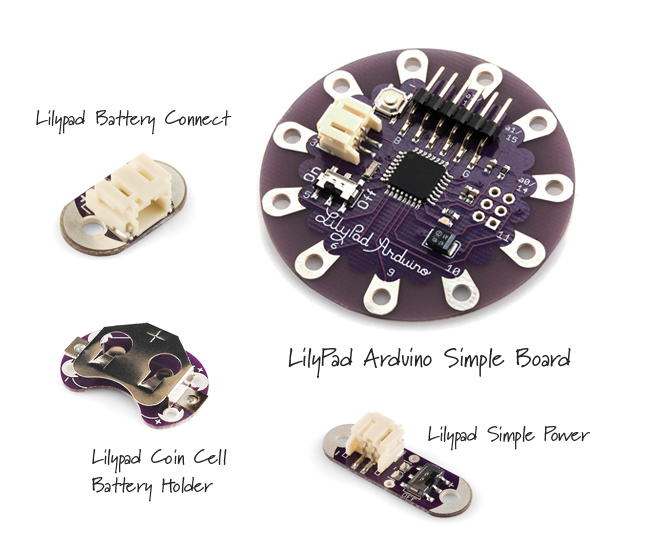 Sparkfun recently released a few new Lilypad components adding to the growing library of Lilypad Arduino gear. The most significant development is the LilyPad Arduino Simple Board ($19.95). The difference between the Simple Board vs the Main Board is that it has fewer pins, a built in power supply socket, and an on/off switch. I was hoping that the Simple Board would be smaller in size (to use in wearables such as shoes for example) but unfortunately it is the same 50mm diameter. For now, the Arduino mini is still the preferred choice when space is tight. Other new components include a Lilypad Coin Cell Battery Holder (a bit pricey at $4.95), LilyPad Simple Power (essentially a JST connector and a slide switch) and a Lilypad Battery Connect (single 2-pin JST connector).