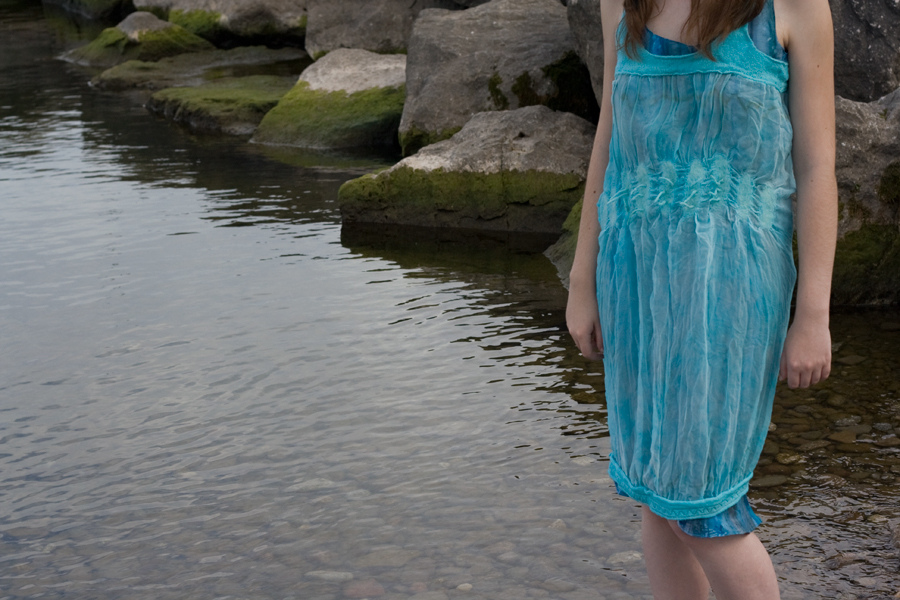 Marisa Ranalli’s “Under the Surface” garment was inspired by sea creatures — jellyfish, urchins and even puffer fish— and their unique self-defense mechanisms. Ranalli incorporated nitinol “spines”, felted in wool, into a wafty, hand-painted two-piece dress that involuntarily reacts when the wearers “personal space is invaded.” 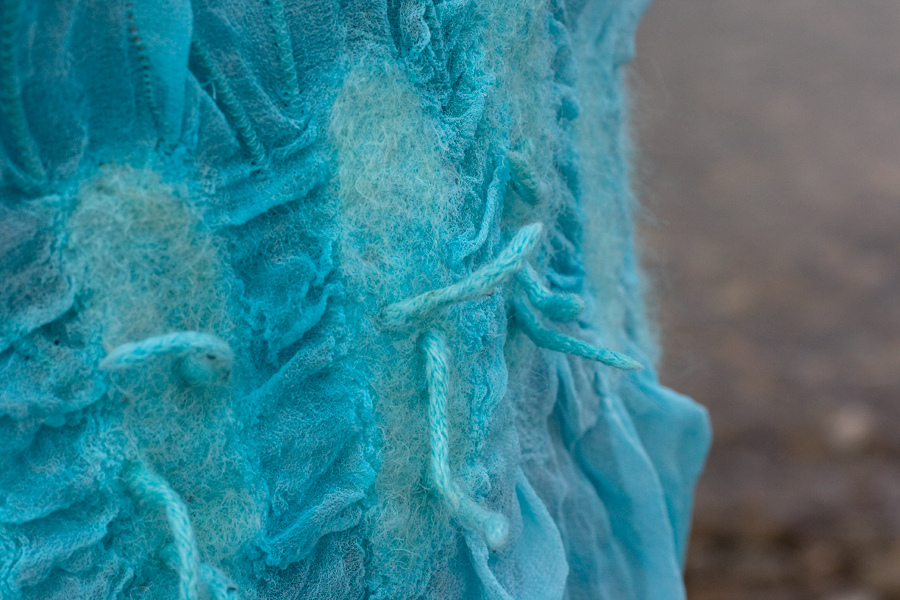 The back and shoulder area of the dress have been designed with “touch sensors” (looks like conductive thread) that, when touched, trigger the nitinol spines on the front to respond. Personally, I’d love to see a video of the garment’s behavior. 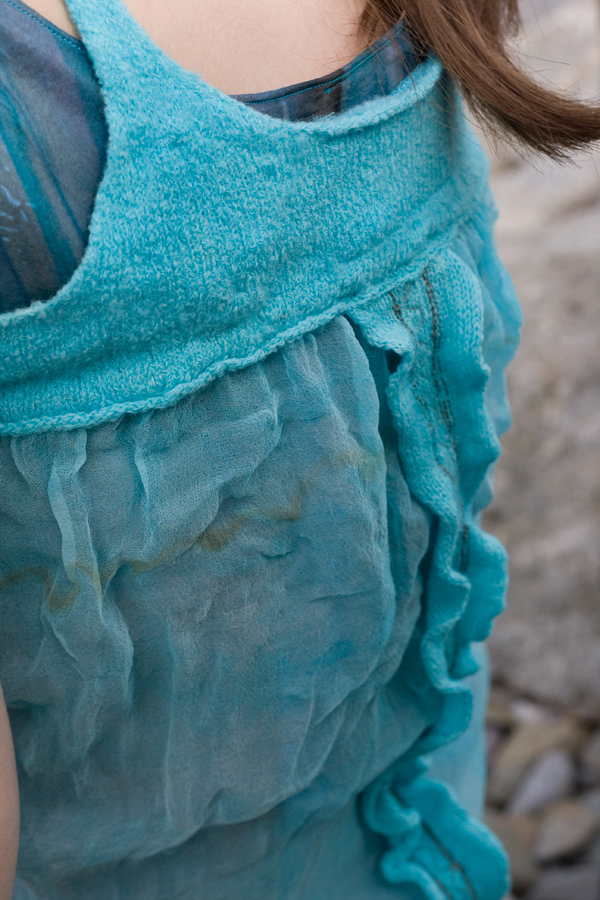 Detail of spine touch sensor on the back of the dress

The garment will be exhibited at the Anna Leonowens Gallery (Halifax, NS) from December 7th-11th, 2010. More images can be found here.

Pseudomorphs: dresses that paint themselves