I acknowledge that the Wii changed— hey maybe even revolutionized—the way we interact and “play” video games. No longer is gaming only an endurance exercise for our opposable thumbs, but, with the introduction of the Wii wireless controller, a full- bodied experience that we can share with our friends. Personally, I believe networked wearables are the future of gaming. Wearables have the potential to dive deeper into an immersive gaming experience where the Wii has only skimmed the surface. A lovely example of this is the Critter Suit developed by Alicia Zink in Collaboration with Kenny Smith. The Critter suit is essentially a wearable game controller used to influence the movement of the creature onscreen. By swinging ones arms back and forth, the wearer makes the critter walk. The faster you swing, the faster the creature moves. It appears that you can also make the creature jump by jumping yourself. 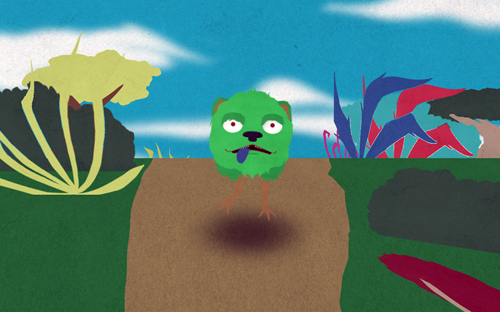 The prototype game is quite simple but it is beginning to create an interesting and unique physical/visceral vocabulary that goes beyond simple gestures. 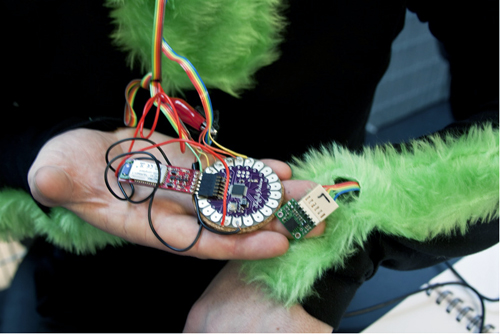 As for the technology, the wearable is created using the Arduino Lilypad and two accelerometers located at each wrist. The motion data is sent to Quartz Composer wirelessly which then controls the cirtter’s movement.