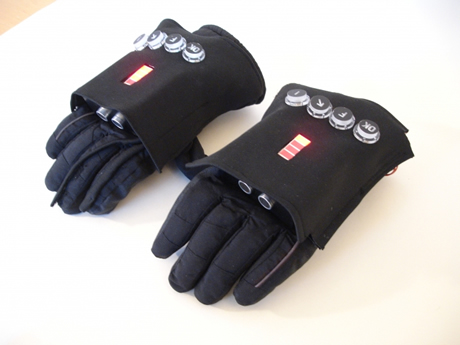 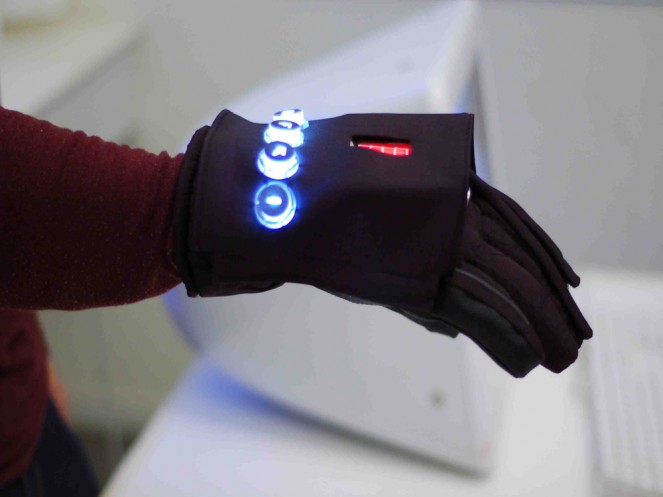 The pair of networked gloves allows two firefighters to communicate with each other using gestures in dire situations of zero-visibility and high noise levels. 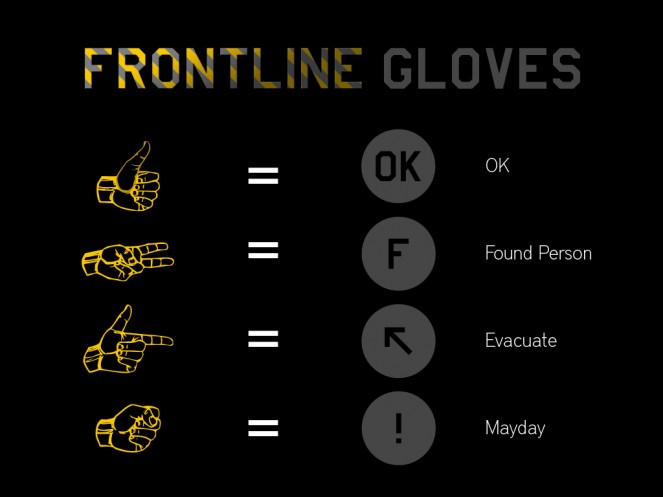 Each glove contains custom-made electronics and sensors that allows communication via a wireless protocol. Simple gestures such as a thumbs up communicates the obvious “ok” while a “fist” communicates “mayday.” The corresponding icon illuminates on the partner’s glove to indicate the instruction. 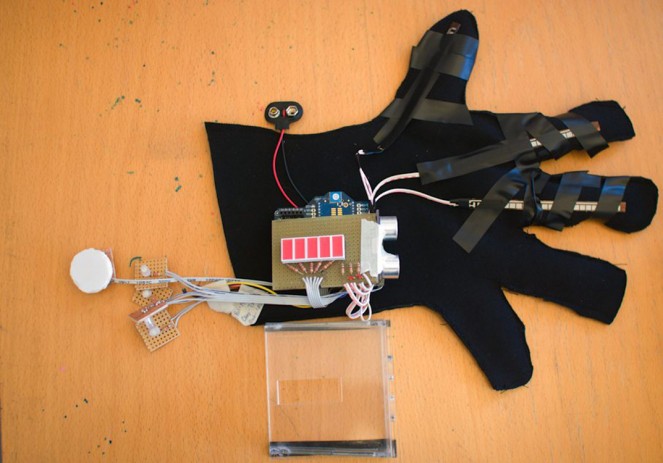 Additionally, the gloves is designed with a “distance display” but it is unclear as to the if the gloves are measuring proximity to each other or simply functioning as a sonar device to avoid obstacles in low-visibility conditions.

This project is a brilliant example of wearable technology used in the context of designing safety apparel.

Persistence of Vision Vest for Your Dog