It’s 2010 and we’re yet to see wearables make it to market. It’s been five years since I became enamored with fashion and technology and, as far as careers are concerned, perhaps that’s not a very long time. It just feels like a long time especially when the conversation around wearables and manufacturing has not shifted one bit. At every e-textiles and wearables conference I have attended in the past four years, everyone from designers and engineers to manufacturers of high-tech fabrics are always bemoaning the difficulty in manufacturing wearables. Everyone except Ryan and Francesca, the fashion technologists behind the london-based Cute Circuit, who for years have been diligently working to bring wearable technology to market. In 2006, Cute Circuit fascinated the mainstream media with the Hug Shirt and was awarded one of the best Inventions of 2006 by Time Magazine. Even then, the Hug Shirt — although costly — was available for purchase. Recently Cute Circuit has been hitting the red carpet by designing custom electronic gowns for performers such as Katy Perry and Safura, creating a buzz in the media world and piquing the interest of mainstream consumers for wearable technology. 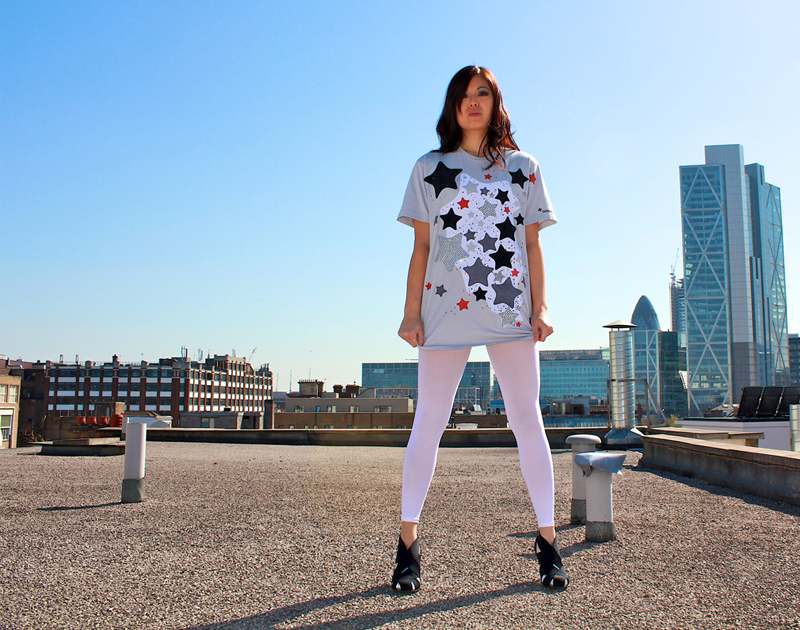 Now it appears that Cute Circuit with their Twirkle T will trump the industry once again and bring a fashionable electronic LED T to market (hopefully) at a reasonable price that we can all afford. The Twirkle T is bedazzled with crystals and LEDs that sparkle at night “following the movement of the wearer’s body.” It’s powered by two small watch batteries and it is, of course, washable. Every few weeks a new design will be released to add to your Twirkle T collection. Their online shop isn’t currently open but I will certainly write up a post when it does!

Drawdio in a Puppet