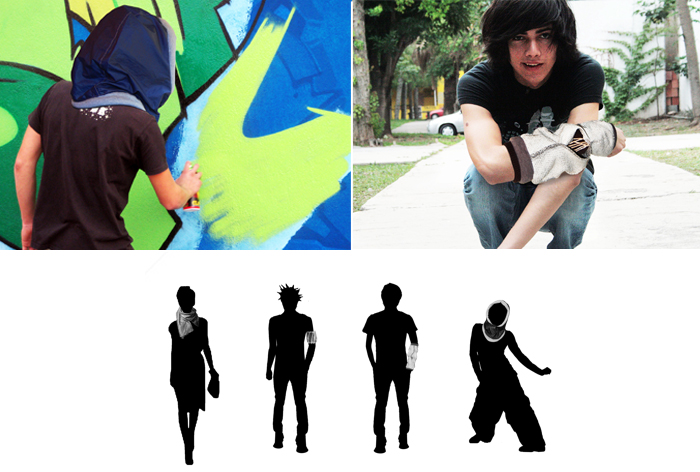 Locative technology combined with wearable technology, on the surface, appears to be a felicitous combination but, like any new and emerging “social” technology, this relationship is mired with concerns regarding privacy. Google Facebook privacy controversy and you’ll get a clear picture as to the complexity of the current debate. From fears of surveillance to data-mining algorithms, our right to privacy has historically been challenged by new technologies. So how do we defend our precious rights while maintaining our freedom to choose (or to decline) participation in what appears to be a new yet ubiquitous public sphere? Sound Experience, a new wearable technology project developed by team of industrial design students at the University of Florence, poetically addresses the unsettled relationship between privacy and emerging technologies. The project consists of four interactive wearables (a hood, a scarf, a muff and a cuff) which serve as symbolic representations of four different social “tribes” — Hip-hop/street, “cool hunter”, fashionistas, and Emo. 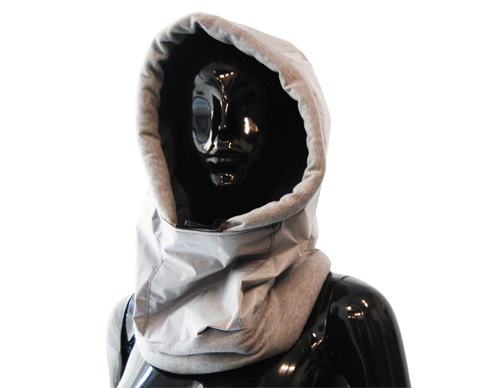 Collar Hood is designed for urban dwellers who dress in street style and listen to hip hop.

Referencing different sub-cultural backgrounds and their assigned musical tastes, the wearables when, within range of one another, are capable of wirelessly (via bluetooth) sharing and exchanging music. 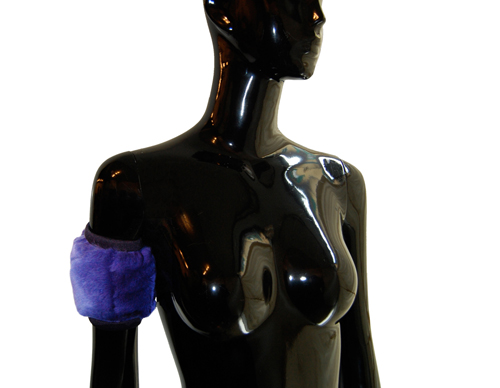 The concept of wireless locative music sharing is not new — but what I find intriguing about the work is its metaphor of “infection.” Different tribes virally infect others with their musical preference—similar to a serendipitous encounter with a guy and his boombox whose musical tastes, whether you wish for it or not, invade your private aural space. 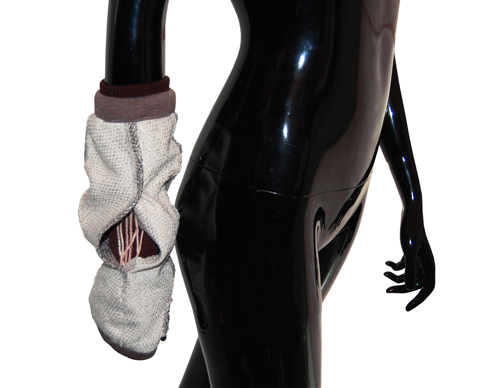 Muff is designed for the introverted Emos who like rock, indie rock, hardcore, Electronica, dub and Drum’n’bass music.

But unlike a real-world encounter, you are given control over your public/private spheres and can choose either to accept or decline the musical virus. 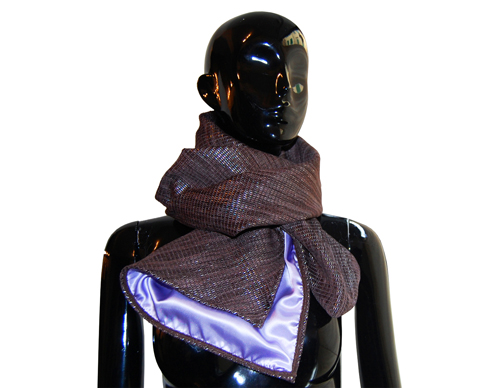 The elegant scarf is designed for brand-loving fashionistas who listen purely to commercial music, pop and dance.

The acceptance or rejection of the musical virus is completed with gestures intuitive to the design of garment itself and “through characteristic movements of the group to which it belongs.” 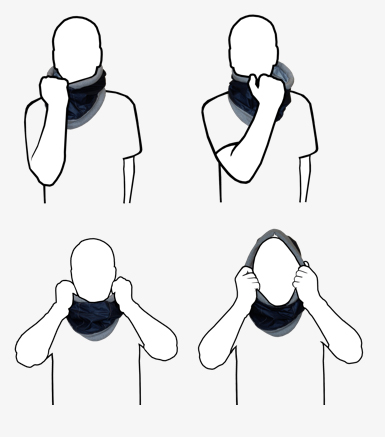 Such movements as placing the hood on and off to shifting it from side to side respectively accept and reject the music transfer. View the video below for an overview of the complete project. Unfortunately what I find problematic about this project is its reductionistic take on our complex social identities, especially where music is concerned. I personally may consider myself a fashionista and while I prefer the hood over the muff, my iPod is an eclectic mix from classic rock to pop music to hip hop. Project was developed by: Federica Francini Giulia Pavanello Riccardo Roggi Michele Tittarelli Elena Vangi