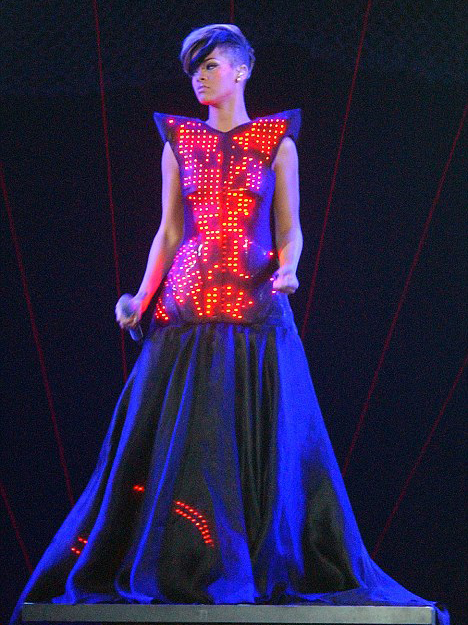 Wow LEDs really are THE new sequin as performers and celebs wrap themselves in light. Following on the heels of Katy Perry’s debut of Cute Circuit’s illuminated gown, Rihanna upstages Perry with an LED dress capable of displaying video. 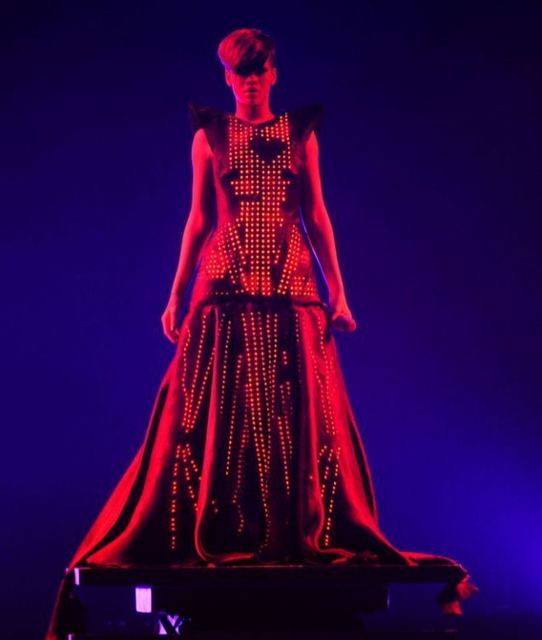 The technology for Rihanna’s illuminated jacket and dress was developed by Mortiz Waldemeyer and his team while the coat and dress itself was designed by Paris based couturier Alexandre Vauthier. The dress uses a combination of compressed gas systems and video capable LED circuits. Not sure what the compressed gas system is for (to drive the display?) Will post a video when I stumble across one. 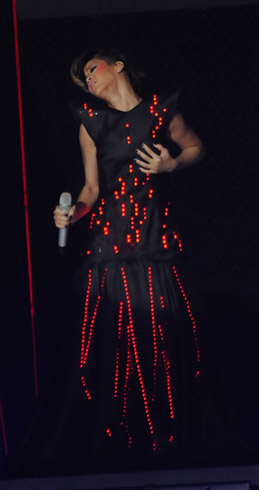 So which dress do you like? Rihanna’s or Katy Perry’s? I vote for Rihannas. Take the survey or post comments below.