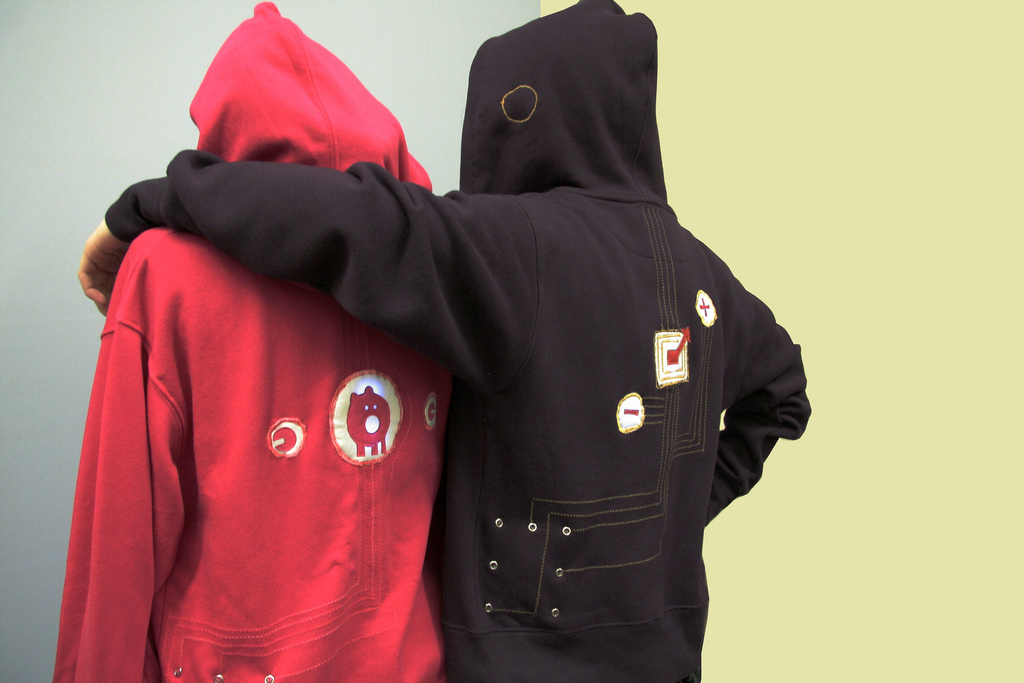 Want to motivate tweens to get off the couch and their game consoles and enjoy outdoor activities? The Neighborhoodie, developed by Rose Bianchini, Kathleen Climie, and David McCallum, is an interactive gaming garment that aims to do just that. Neighborhoodie is a sweatshirt that links to a custom application on an Iphone or Ipod touch that allows gamers to play survival tag outdoors. How it works To activate the game, all the players must put on their hoods. The system randomly assigns one of the players to be “it” and the LED display on the back of the garment lights up “red” while the display for the other player illuminates” blue.” 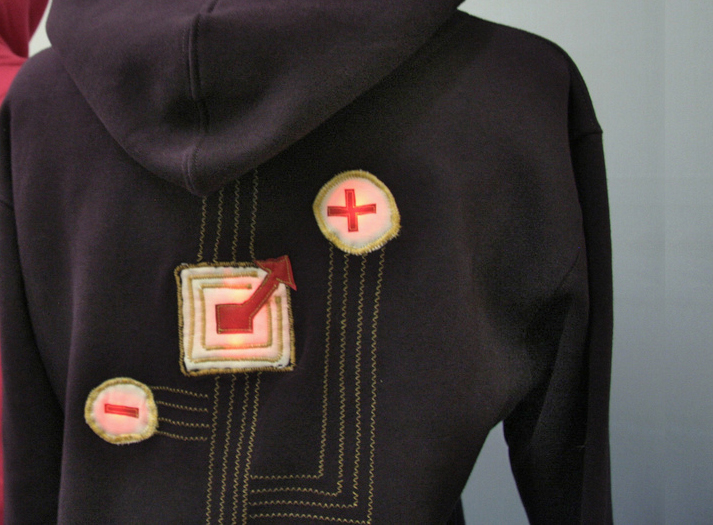 Illuminated display on back of garment

The hood of the garment is equip with speakers that plays ambient sounds and aural clues when they are being approached by another player. To tag another person, a player must touch the “tag patch” on the back of the garment to grow their team. The game ends once all the players are tagged. Watch the video below for an explanation of the entire system. The system uses the Xbee and other custom electronics including a custom application for the Iphone/Ipad. 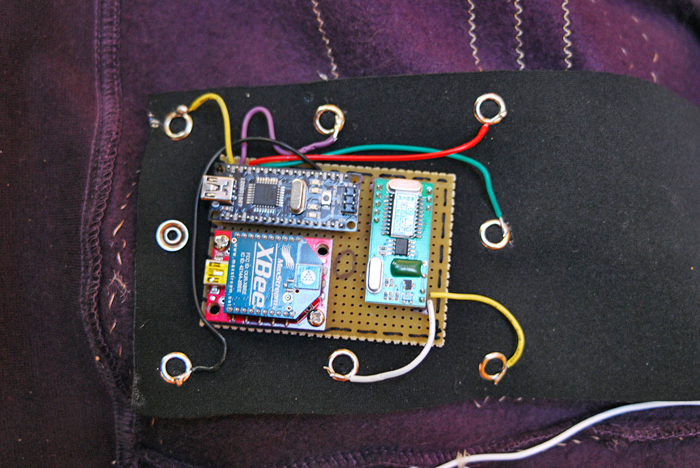 This wearable gaming system is a brilliant example on how wearable technology can help address a huge cultural problem — such as the epidemic of obesity in children — with a fun and playful solution that children and adults alike (I want to play!) will enjoy. Via Talk2myshirt