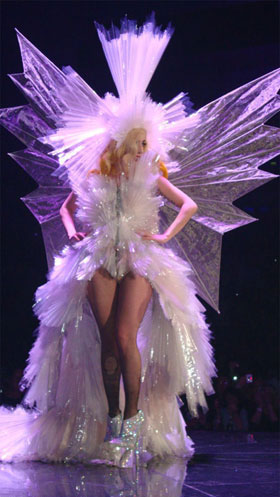 Vin Burnham is an international, award-winning costume and creature designer whose body of work is extensive and downright impressive —including costumes designs for feature films, television, opera, ballet and exhibitions.

She is the talent behind the Batsuit, the Penguin and Catwoman costumes for Batman Returns. She has created creatures for Jim Henson’s Creature Shop in London. She even wrote her own fabulous DIY book “Best Ever Kids Costumes” and has recently launched ‘The Little Costume Shop’, a collection of intricately detailed costume miniatures. 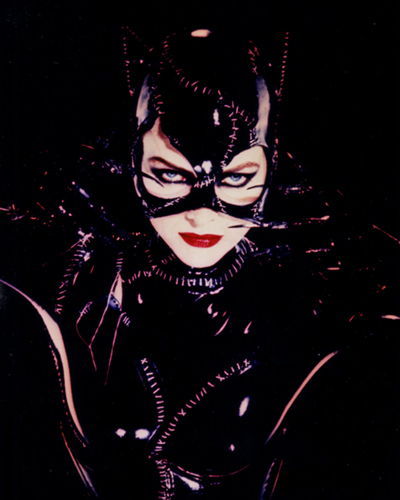 With a plethora of impressive projects under her belt, it is no surprise that Vin Burnham is the costumier behind Lady Gaga’s “Living Dress.“ 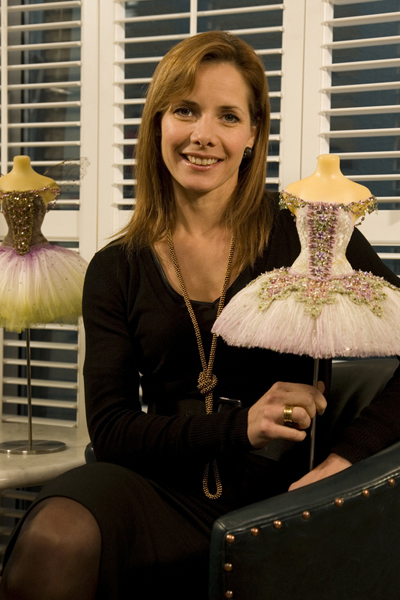 Darcey Bussell with costume miniature from The Little Costume Shop

So what goes on behind the scenes in creating such a magical and technical costume for the stage? I asked Vin Burnham just that and she offered us some insight on what it entails to collaborate with the Haus of Gaga.

: : In your body of work, you have created some magical and fantastical costumes for theater, film and television. How was designing the “Living Dress” for Lady Gaga different from your previous experiences?

Designing this dress was quite a different process to costume design for film, TV and theatre, even for a fantasy costume like this, as it was not for a scripted character. Normally I work with the actress on her character so that the costume helps describe that character and makes her feel right as that character. 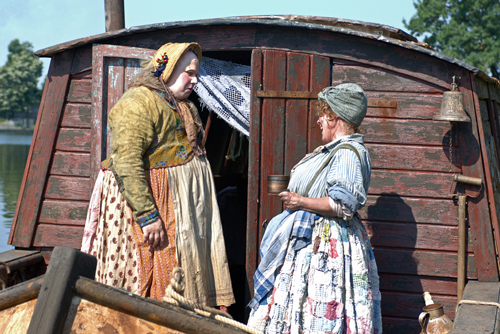 Costumes or clothes are really part of the story telling, every single detail tells you something about that character.

For Lady Gaga it was different because there was no scripted character. It was totally abstract, she wanted fashion – couture, not ‘costume’.

I loved it, because the design was not related to any particular period, although the shape was kind of Victorian with a corset, bustle and train. But this was not only for aesthetics, it was necessary to start with a strong base on which to build the animatronics and find places to house motors and cables, so this was going into the realms of engineering, not usually a costume making requirement!

: : Did you work with an engineer or technician to develop the electro-mechanical aspects of the costume? Could you describe your process and collaboration?

Gaga was very inspired by Hussein Chalayan’s moving dresses and she wanted something that would move too, only on a bigger scale.

Once I knew that, it needed an animatronic solution, and through my contacts in the “mechy’ world (I have worked a lot with ‘creature effects’ such as Aslan the Lion and Jim Henson characters), I was led to the team that mechanised the Hussein Chalayan dresses, animatronic designer Adam Wright.

Our paths had not crossed before, but his reputation was fantastic: it was a great opportunity to collaborate with him on this project. By the time he came on board, the dress was designed, and he was able to suggest ways to animate it and add elements to facilitate that.

We had a very tight schedule, and Adam’s word on whether something would work or not, was final. If it was too heavy to move or there weren’t clear lines for cables, it had to be changed, but the costume and mechanics team dovetailed together remarkably well.

I think we were all excited about doing something none of us had done before, it was a real one off.

: : Many performers such as Bono with his laser jacket, OK GO with their scrolling LED coats, Imogen Heap with the “Twitter Dress” and now Lady Gaga with her kinetic “Living Dress” are employing technology into their costumes. What role do you envision technology playing in costume design in the near future? Or do see it as a fad?

I think it’s more of a trend than a fad, and I hope it will catch on. It’s fantastic to combine fashion with special effects, in-build lighting and engineering.

I love the idea of putting opposites together and seeing what happens.

In my book, anything is possible, or at least should be tried. Originality is a rare thing, it’s great to go out on a limb and try unlikely combinations. But it does have to be done to the highest standards for the best results, and by experts.

: : What advice would you give young designers interested in pursuing a career in costume design? Should they learn electronics?

Animatronics is such a specialised and complex subject, I don’t think it is necessary for a costume designer to be a fully fledged engineer as well, although a basic knowledge could be an asset. 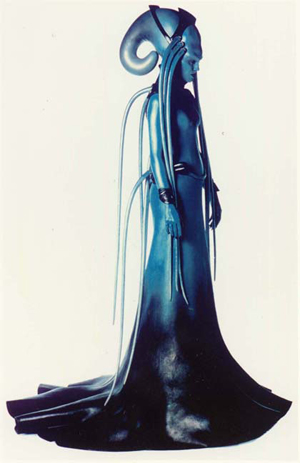 I work with other experts on most of the projects I do. I couldn’t master everything myself, nor would I want to. It isn’t practical, there wouldn’t be time, this type of costume is really is the work of a team. Unless someone actually wants to be an animatronic designer, I think the best approach is to find your strength, the aspects you love most, but seek out animatronic designers, and collaborate with them when you can.

Having said that, the more skills and knowledge, the better, but if I had to take ‘A level animatronics’ I think I would run a mile, I would much rather leave it up to the experts and get on with what I am best at. The result will be much better.

Thank you for such a great interview!

Check out more of Vin’s work on her site www.vin-burnham.com
For all you aspiring costume designers, if you have any more questions for Vin Burnham you can speak with Vin directly through Greatvine.

A little about this wonderful service below:

Greatvine is a revolutionary new service offering individual one-to-one advice by phone, direct from the UK’s best experts. Greatvine has hand-picked over 250 leading experts in more than 70 topics allowing consumers advice on everything from writing and design to help with losing weight and getting their child to sleep.

New users can sign up to receive £10 worth of call credit when they sign up. As Vinilla’s fee starts from 50p per minute, Fashiongtech readers have the opportunity to speak with her for 20 minutes completely free!