Squamata—Headphones with an Animated Skin

Squamata, designed by Jop Japenga is a prototype for an unusual pair of headphones with a dynamic skin. Much like a bird performing a mating dance, the headphones fluff their “feathers” or “scales” in reaction to the style of music. Play Lady Gaga and the scales will exhibit an energetic behavior while a more mellow and moody tune will result in subtle movements. The concept behind the headphones was to create an external or public representation of one’s mood rather than a set of headphones that merely reacted to the beats of each song. 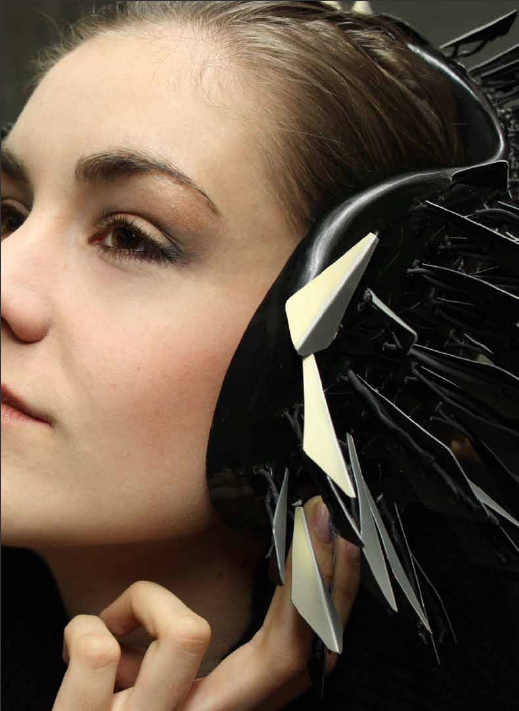 The Development Nitinol (a shape memory alloy) was used in the development of the kinetic scales. Considering how tricky nitinol can be to work with, the project was quite an undertaking. I absolutely love the process photos. 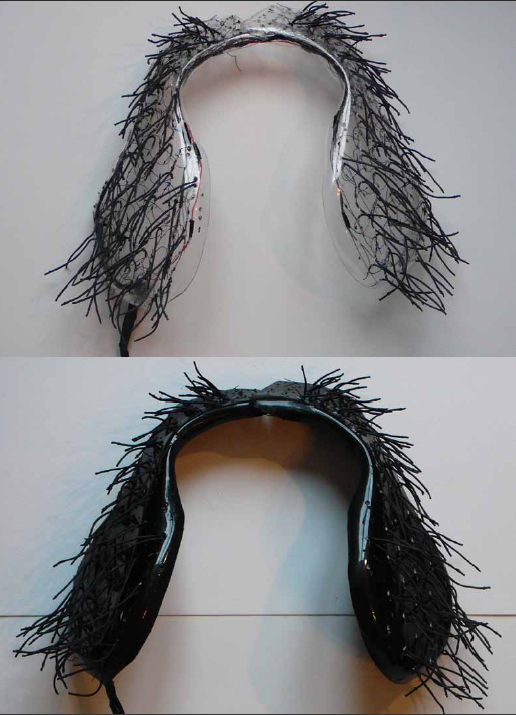 Processing was used to develop the music player consisting of songs tagged with their genres accordingly. An Arduino in combination with custom electronics were used to receive to control the kinetic scales.