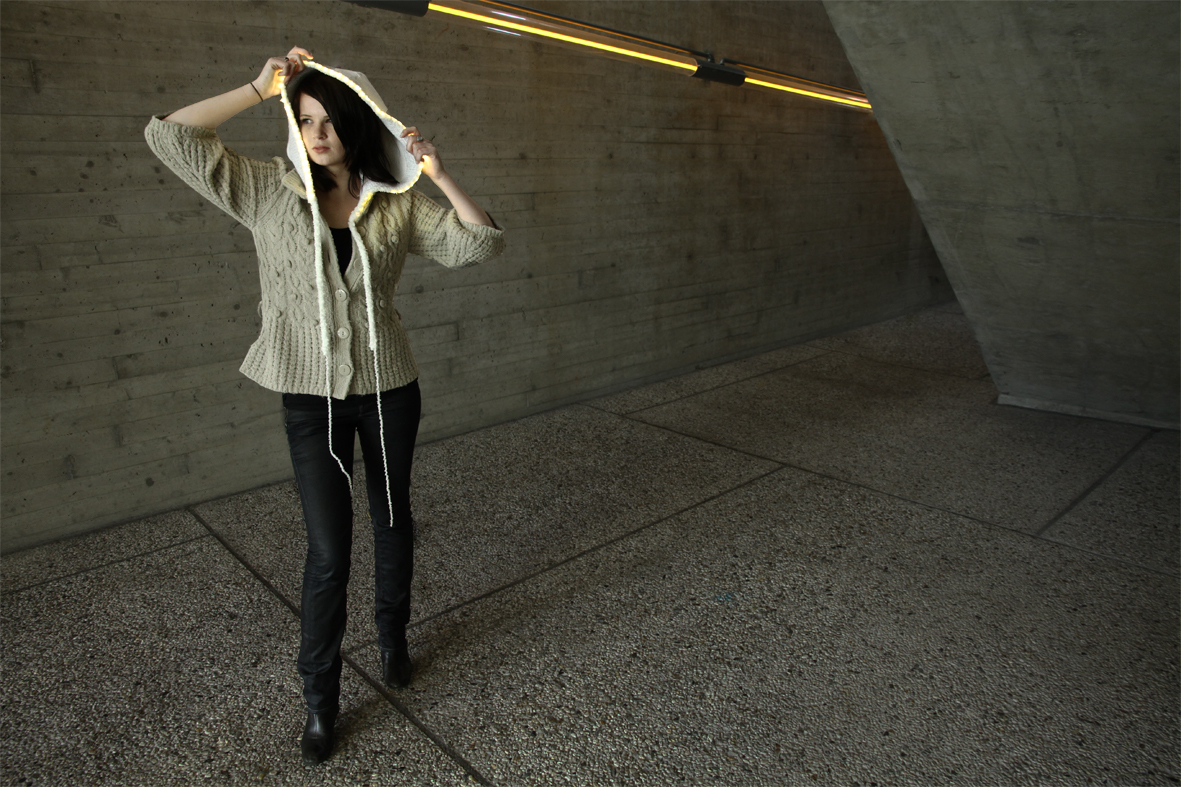 skôn is a beautifully designed knit illuminated hoodie that changes the intensity of the light by tugging and stretching the hood itself. Designed by Paula Kassenaar in collaboration with Paula Segura Meccia at the Eindhoven University of Technology, the project was intended as a simple exploration into electronics and textiles. The concept of the wearable is quite simple but the execution is gorgeous! I also love the poetic interaction with the front of the hood which is a knit variable resistor that controls the luminosity of the LEDs. This is one wearable that I would certainly love to have in my wardrobe. 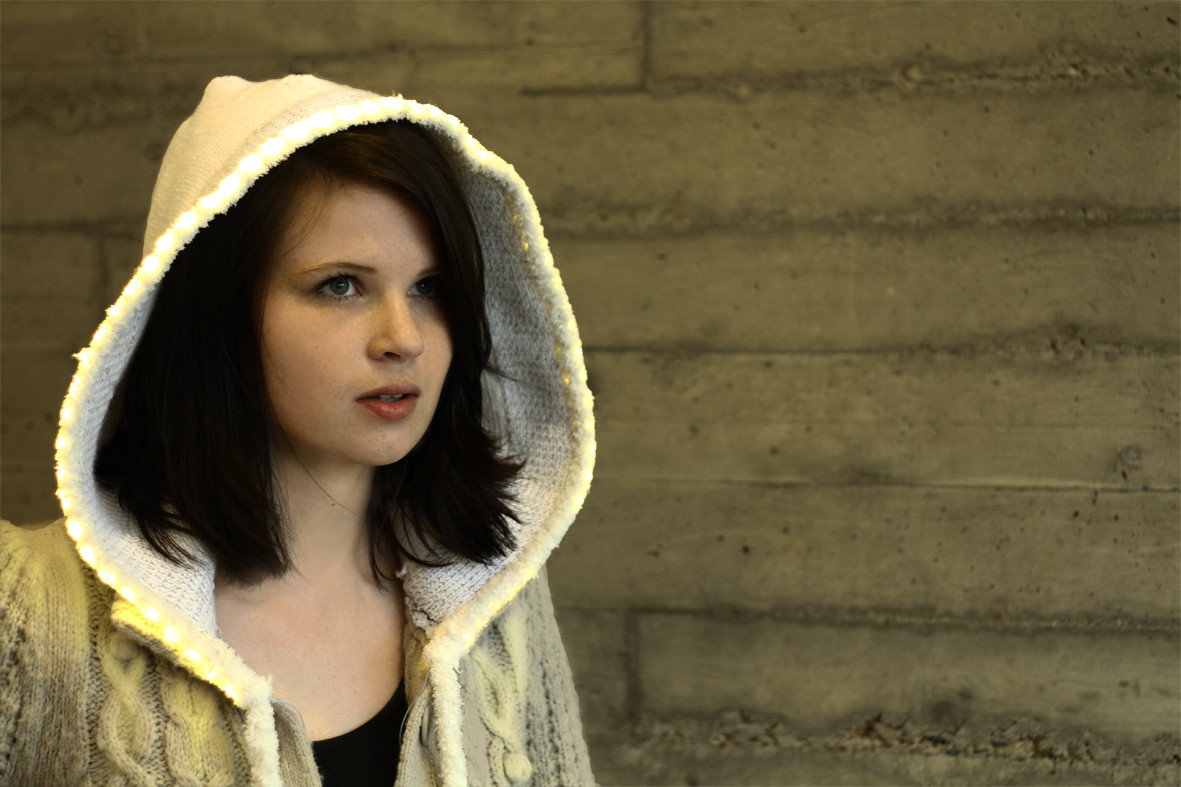 The project’s name Skôn is a derivative of the combined nationalities of the makers: It means beautiful or nice in local Dutch dialect and also means nice in Swedish. 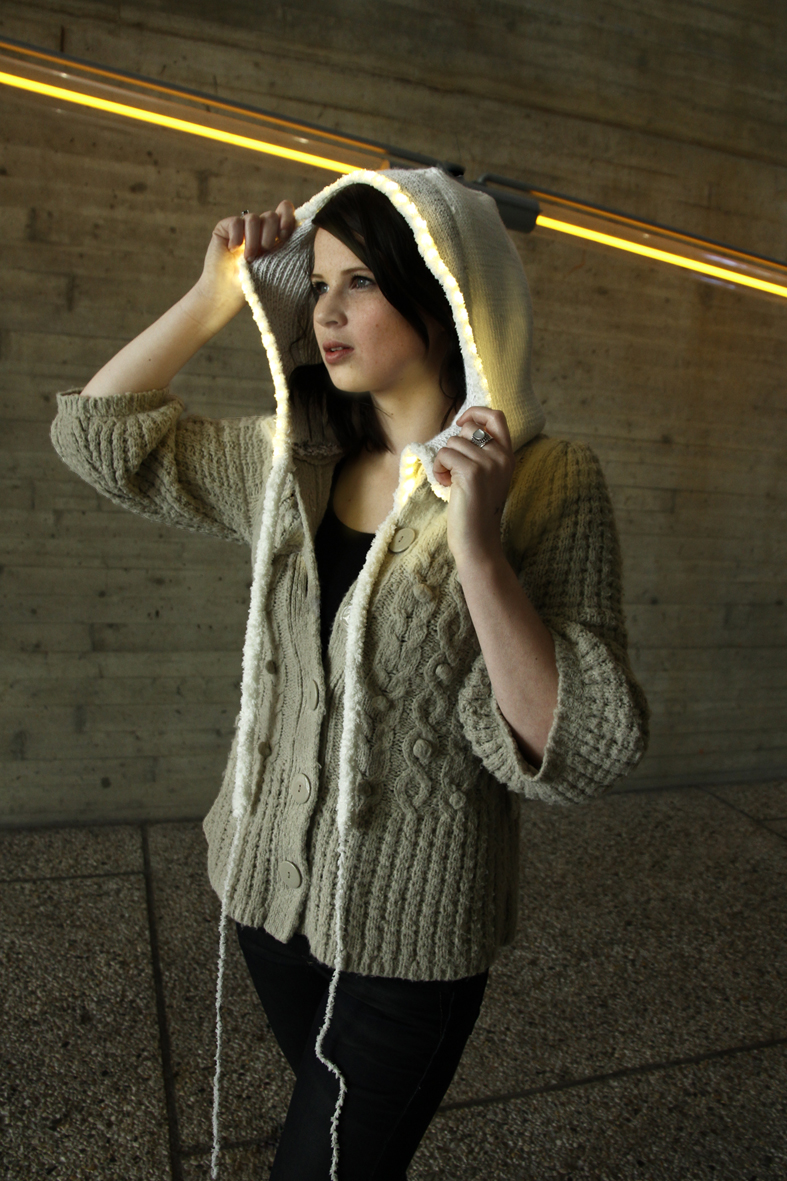 Projects like these that take a only a week to execute and are refined in design are great indicators that the field of wearable technology is maturing. Bravo ladies! I’m looking forward to future iterations.

In the Presence of Myself