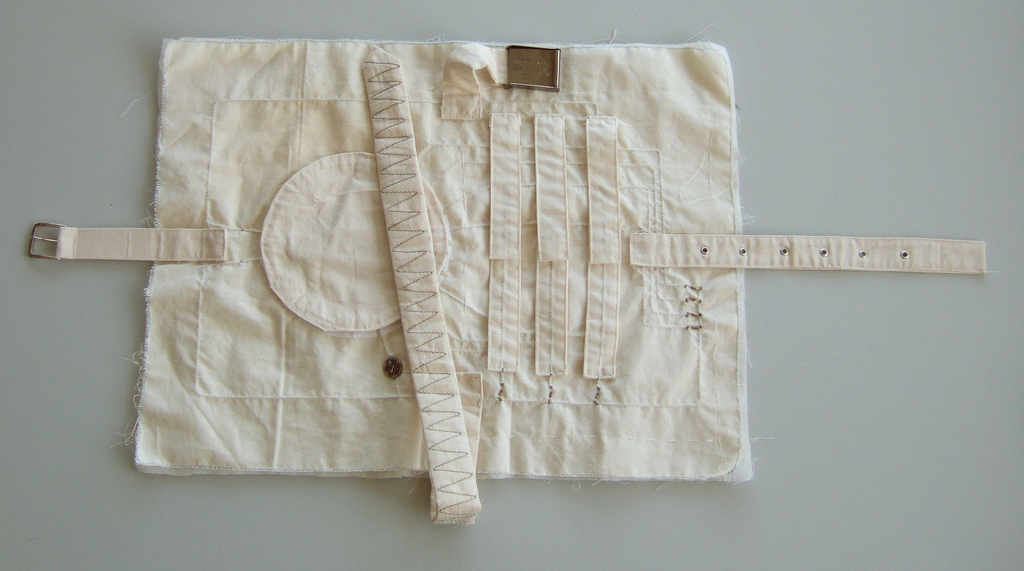 Katharina Bredies, a research scientist at the DeutscheTelekom Laboratories, developed an intricately hand-made wearable textile radio as research for her doctoral thesis on “the value of irritation in design.” 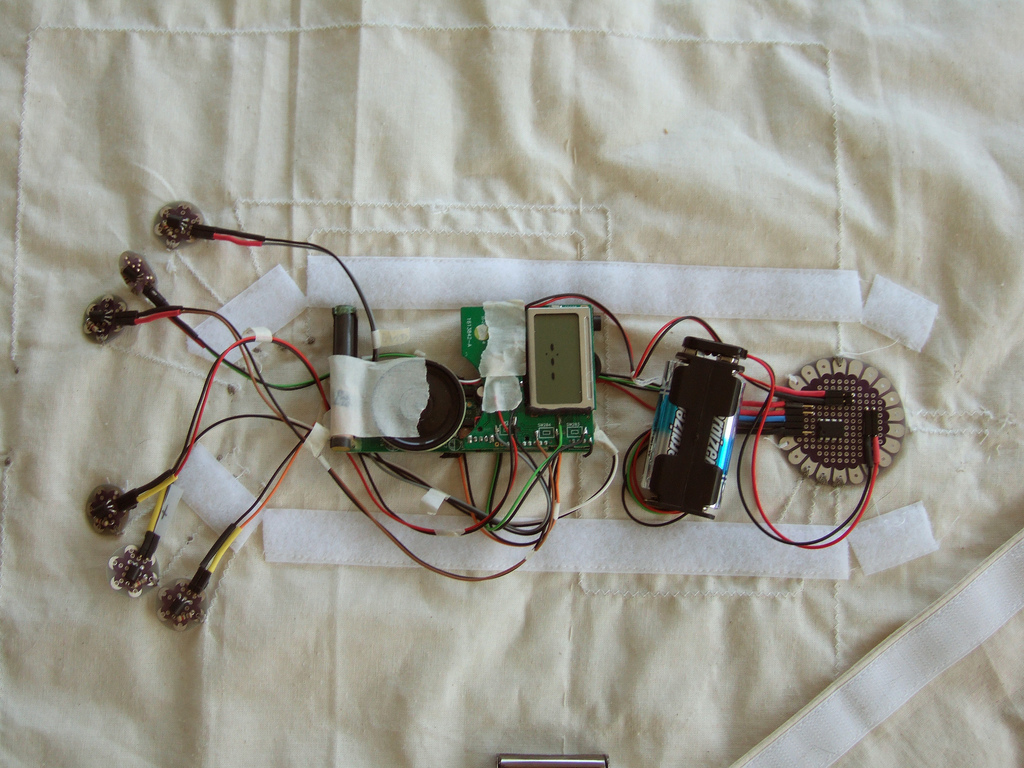 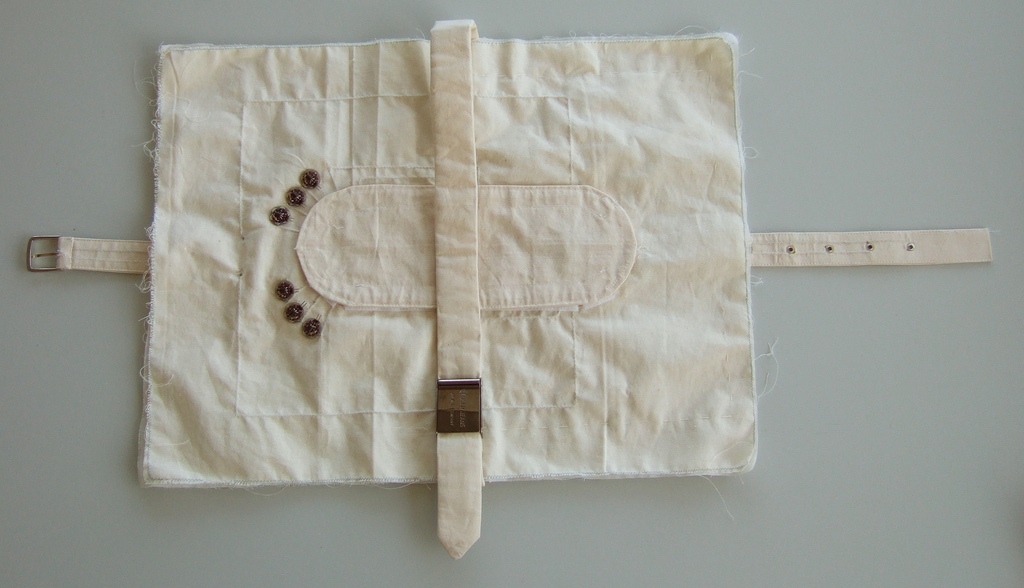 Radio is stored under the fabic. Visible are the transistors and plugs to make the connection to the radio.

Using a Lilypad Arduino , conductive thread and a handful of conductive snaps and buckles, Bredies created an entirely new radio interface. She started by hacking into a readymade radio and using transistors soldered onto a lilypad protoboard to replace the buttons on the radio. The transistors are then connected to the Lilypad with conductive thread. 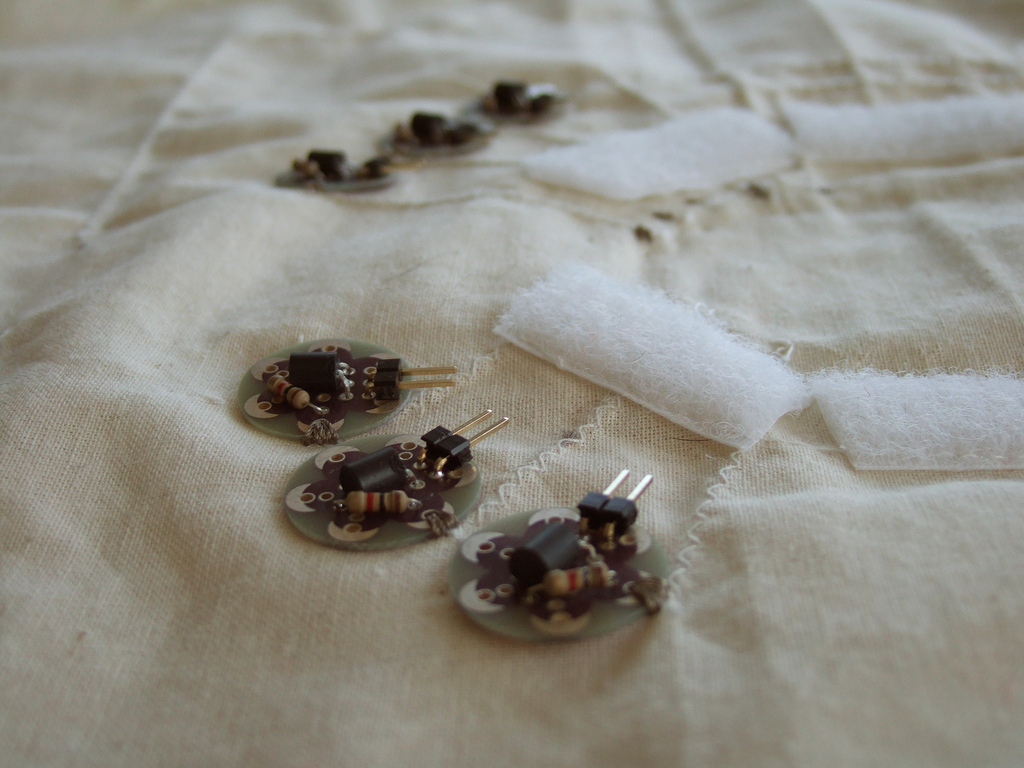 Transistors are used to replace buttons on the radio 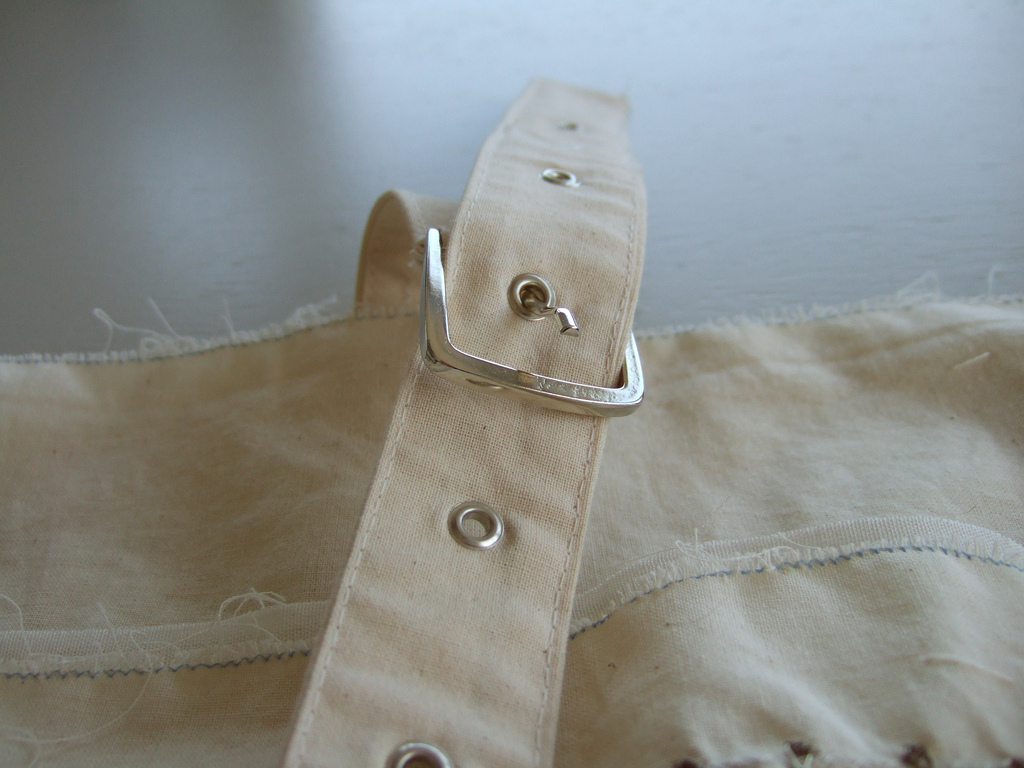 Buckle as a multipole digital switch

My favorite part of the project is the clever use of a belt buckle and grommets to store and recall favorite radio stations. The belt is translated into a multipole digital switch and when the prong of the buckle is inserted into a grommet, a station is selected. 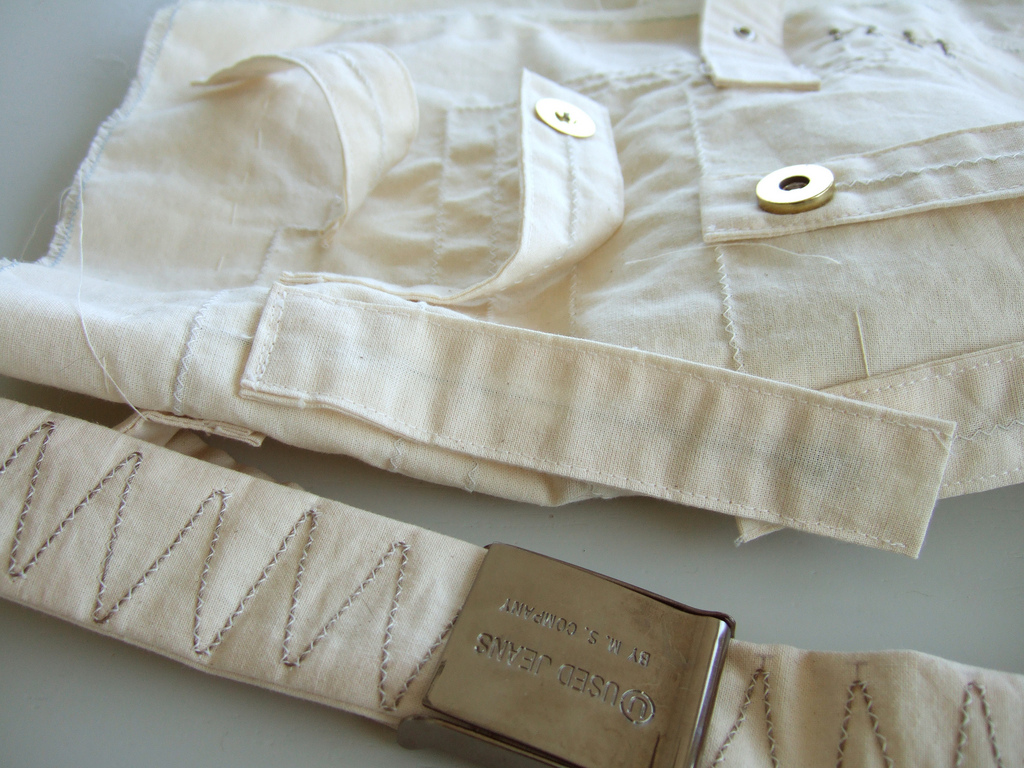 The clasp with the strap sewn with conductive thread serves as volume control. The magnetic buttons on top are digital switches.

Using the increasing resistance of the conductive thread, the clasp is also translated into a variable potentiometer to control the radios volume. The project overall uses a variety of well executed soft circuit techniques.

Wearables lecture and presentation in Eindhoven

Fashion and Technology on Make.TV