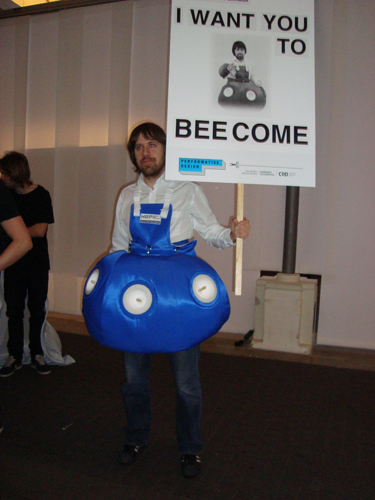 The Human Bee Pollinator was one of the more imaginative wearables created for the guerilla intervention at the Copenhagen Climate Change Conference 2009. Designed by CIID students Laura Boffi and Jacek Barcikowski, the Human Bee Pollinator draws attention to the declining bee populations in the US and Europe and the ecological consequences of the extinction of bees. 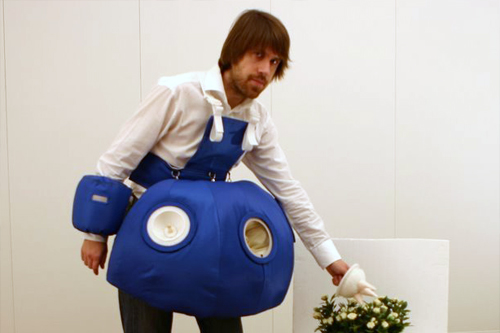 In a world where bees have disappeared, Jacek and Laura imagined a future where humans would take on the role of “human bees” collecting pollen and disseminating it amongst the flowers in an attempt to keep the balance in our eco-systems. 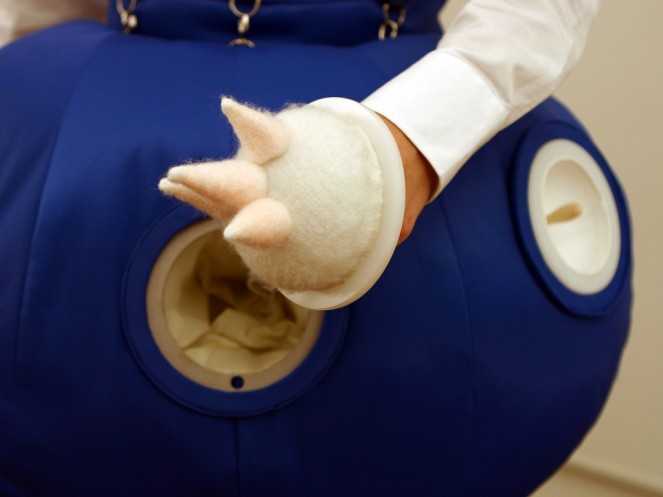 Pollen Brush
To prevent an ecological apocalypse, the Human Bee Pollinators (HPBs) would collect and store pollen from flowers using the pollen brushed in their uniforms. The collected pollen would then spread to other plants in the environment. 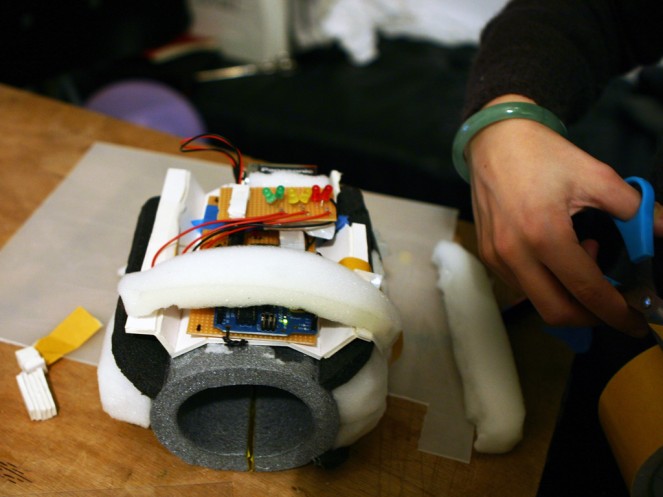 Arduino based “Bee Instinct” Module placed in sleeve
Lacking a bees natural instincts, technology embedded in the wrist would help the HBP identify which pollen is best to disseminate to each plant.
For the intervention, three samples of pollen represented a field of trees and plants that the HSP worker could sample and pollinate. RFID tags were used in the pollen pockets and sacks for identification and matching. 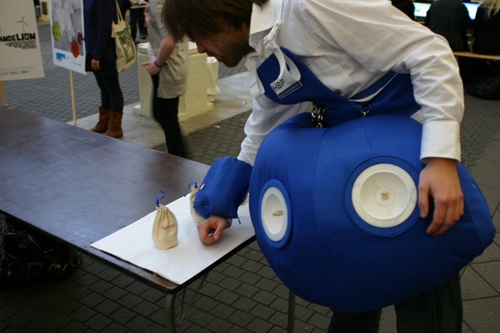 HSP worker scan trees/plants in the field and pollen in the pocket to see which one matches with the plant.

I particulary love the use of the “comedy of the absurd” to bring about discourse on the difficult topic of climate change. Perhaps a subtle shift of tone can bring about a different type fo conversation.