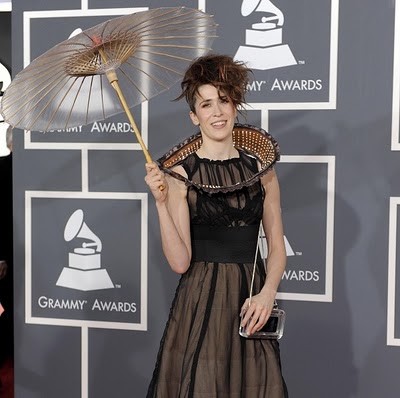 Wearable tech hits the red carpet at the Grammys with Imogen Heap’s Twitter Dress. The dress is once again thanks to Moritz Waldemeyer who most recently developed Rihanna’s laser outfit for the American Music Awards performance. Imogen Heap’s Twitter Dress, which has its own twitter feed, is designed with a flexible LED collar that displays messages and pics sent to her by her fans in real-time using the hashtag #twitdress. The messages scroll across the collar while the images are displayed on her Fendi handbag. 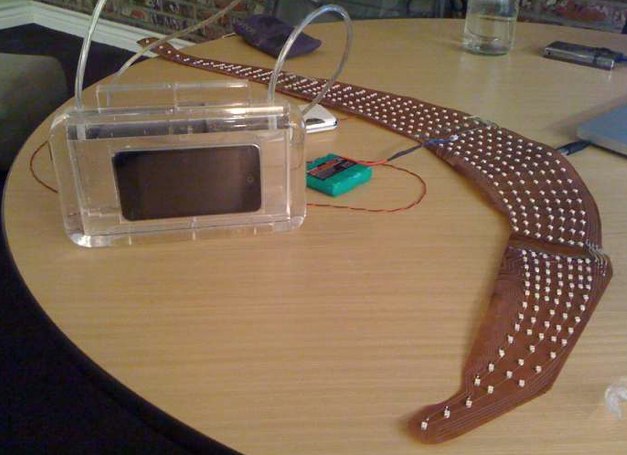 The Fendi Bag itself contains the iPod touch that was programmed to receive fans messages and display the photos on the bag itself or send the text messages to be displayed on the collar. The dress was a way for Imogen Heap to connect with fans and let her fans accompany her on the red carpet. BTW, if you haven’t heard, Imogen Heap, won an award for Best Engineered Album. 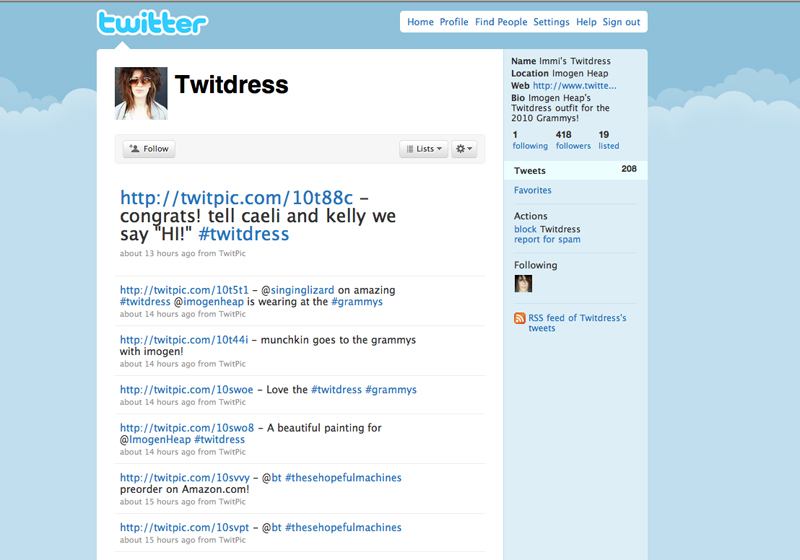