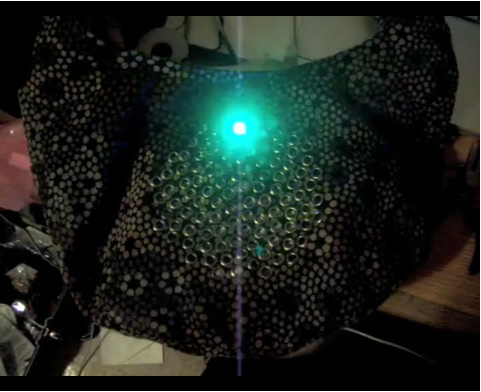 Considering my 2010 predictions were centered around networked wearables, I would like to introduce you to the Fibonacci Purse, developed by ITP student Elizabeth Fuller. The Fibonacci Purse is an interesting example of melding wearables and gaming that goes beyond the typical use of wearables as novel game controls. The bag itself functions as a physical display for the online game. Players can manipulate the colors of the purse (the embedded LEDs) by playing an online game with their web enabled device. 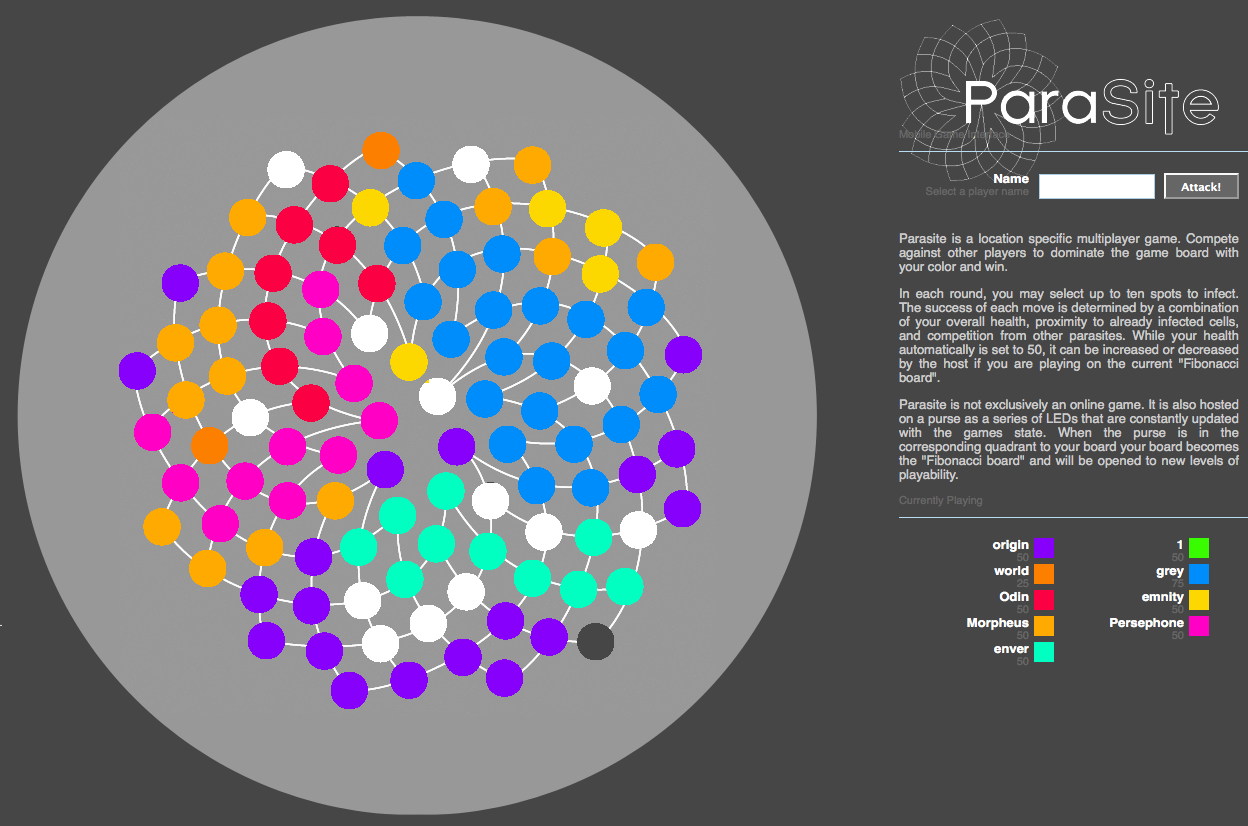 The online game, Parasite, is a location specific multiplayer game where players compete against each other to dominate the game board (hence the bag) with their color.

An iPhone application is projected to be developed as well.

Illuminated Fashion Coming to Market in 2011