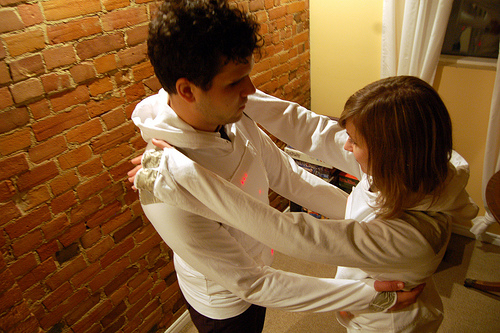 Pong Prom, developed by Ed Keeble, transforms the body into an interface to control the game of pong. In designing Pong Prom, Keeble has taken on the challenge of designing a wearable gaming interface that works with two players, resulting in an experience that is both collaborative and competitive. 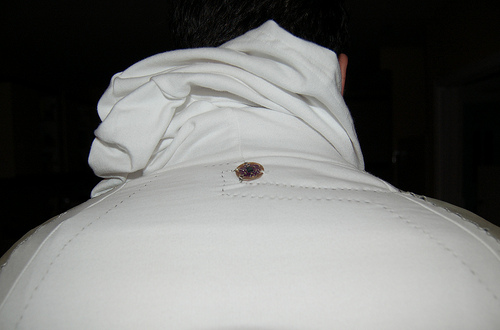 An accelerometer attached at the back of the neck provides control of the game. Rocking back and forth moves the game paddle left and right.

The wearables are designed using the Lilypad Arduino, conductive fabric and accelerometers. As the title of the project insinuates, the game is played by “dancing” with your partner. An accelerometer attached at the back of the neck allows each player to control their game paddle (aka their dancing partner) by rocking their partner back and forth. 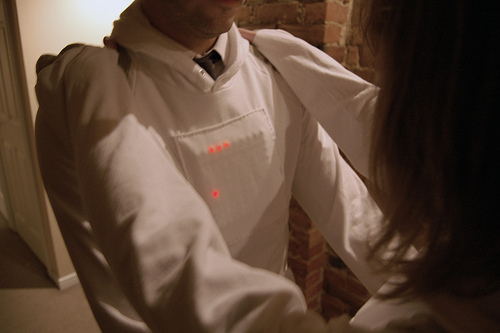 An LED display on the front of the wearables visualizes the games in action. 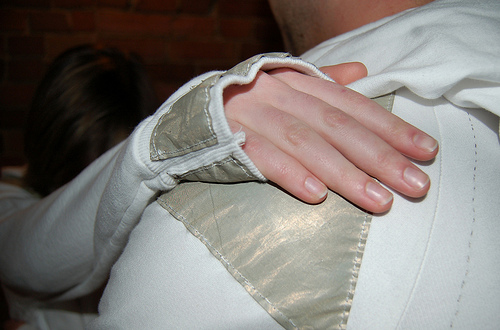 Patches of conductive fabric on the cuffs, hips, and shoulders create a serial connection between Lilypad Arduinos attached to each shirt.

My favorite part of the project is the clever use of patches of conductive fabric,located on the shoulders, hips and cuffs, to create a serial connection between the Arduinos on each garment. Looks like Keeble will provide a How-to soon. Looking forward to it! Enjoy the video below!

Arbormorphic – ascribing tree form or attributes to a being or thing not tree.

“Auto Filter” Scarf Covers Your Face When It Senses Pollution