In it’s simplicity and wit, See-thru-me is a one of those projects where the fusion of fashion and technology creates a truly “magical” experience. Developed by Meg Grant, the concept is based on illusion of the body being porous or transparent. When a light is illuminated on the back of the wearer, the LEDs on the front of the garment light up. 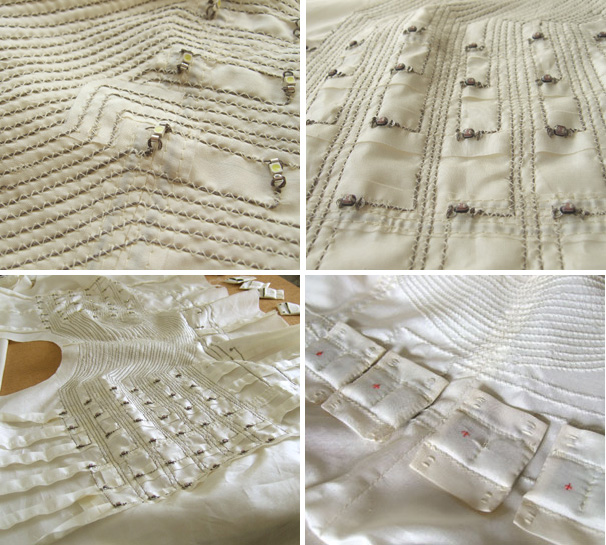 The garment consists of 36 separate simple circuits, each with a light dependent resistor controlling the brightness of an LED. The detailed construction of the garment itself is done rather meticulously.

Eyebrow Switch – A Facial Gestural Control for your Electronics