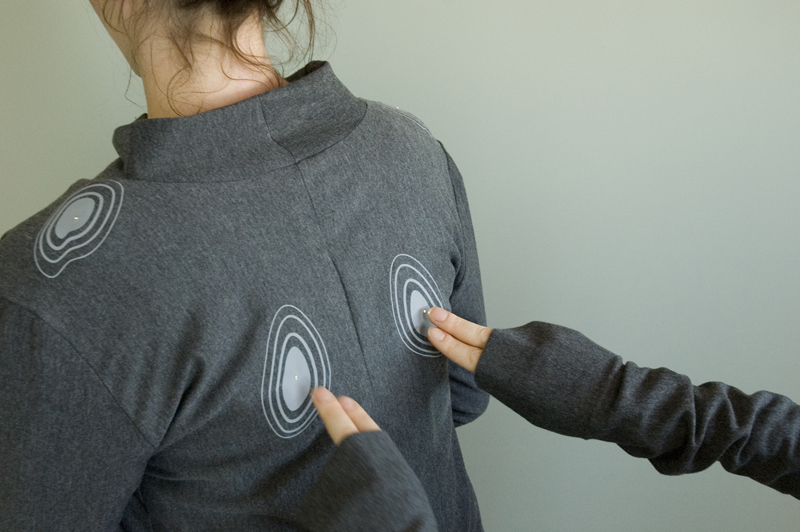 E-pressed is a warm, cozy sweater that monitor’s the wearers “inner state” via a custom galvanic skin resistor sensor and creates awareness of “negative emotions” by communicating to the wearer and others. Rather than asking how someone is doing, e-pressed visually communicates the individual’s level of anxiety, fear and sadness and invites others to interact with the wearer by pressing on acupressure points on the body.

The points are identified by an illuminated LED and a graphic print. When the “treatment” time is over, the LED turns off. 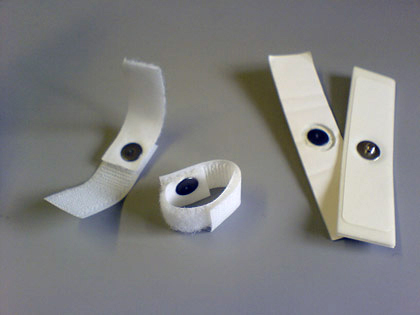 The galvanic skin response sensor, connected to the Arduino board, works by having the wearer touch two fingers of his left hand to the sensor. The sensor itself is a simple electrode used for medical applications. 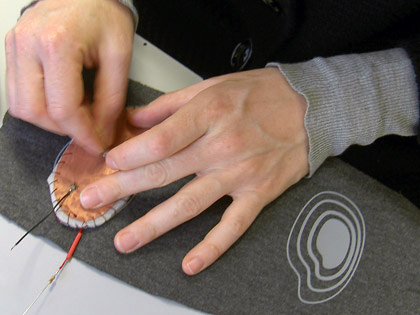 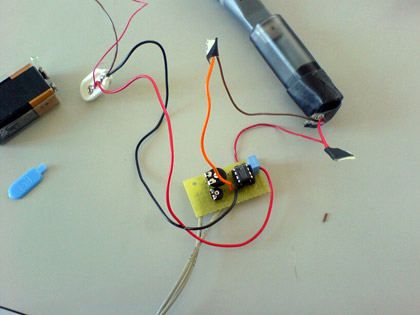 I find this project to be an interesting exploration on how wearable technology can become used either as training tools for alternative medical therapy or home therapy. I also appreciate the research that went into developing the prototype. The project is created by artists Anja Hertenberger, Barbara Pais and Danielle Roberts.

Vigour — A Gorgeous Wearable For Rehabilitation and Physical Therapy